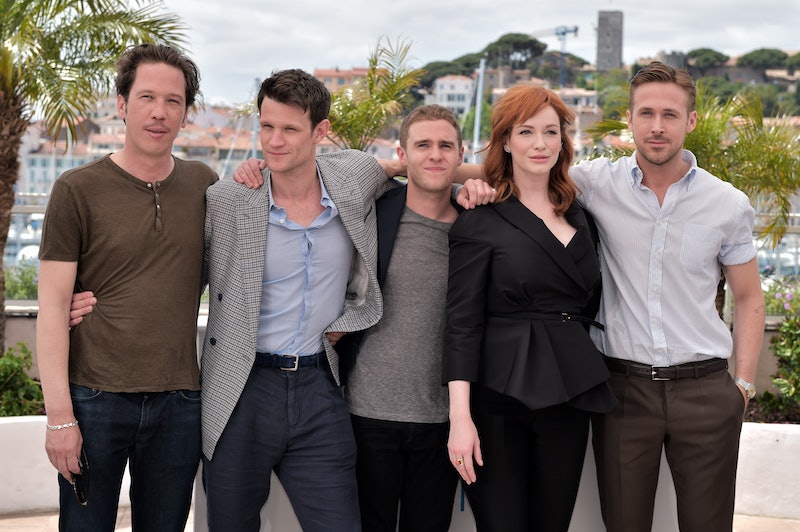 Let me introduce you to your favorite new bromance: Ryan Gosling and Matt Smith, the director-actor pair from Lost River. During a Q&A in London, the duo talked about their new film, but more importantly, the amazing story of how they first started working together. Apparently Gosling knew he had to cast Smith when he heard him screaming on TV.

"One day I was watching TV. I heard Matt Smith's voice coming at me. It was Doctor Who and there was an episode where he was in a car screaming at these aliens and telling them where to go. Like a boss. Just telling all these spaceships what was what."

Let's just take a moment to appreciate that Gosling used the term "like a boss." But as he went on to explain, it was the acting behind the screaming that made him realize that he had to work with Smith.

"As an actor I know that's pretty hard to do, because I'm pretty sure those spaceships weren't there. I thought, 'Who is this guy?' There's no-one like him. He's like one of those actors from the '70s, just themselves and nobody else. I said, 'I have to work with that guy.' So I tracked him down."

That may be the sweetest meet-cute I've ever heard, and it's not even about their first meeting. Their love story continued at the audition, where they didn't even get to running lines at first because they had so much to talk about.

"It's the only audition where I've talked for a good hour about what we like: music, books, everything. Then we started the scene, and the camera ran out so we ended up doing it on Ryan's iPhone," Smith revealed. In a perfect world, they also filmed a lip-sync video to Taylor Swift's "Love Story" on Gosling's iPhone after, which could be on the DVD extras. Now, let's just get them onscreen together — I sense a buddy cop comedy or an I Love You, Man-style film in their future.