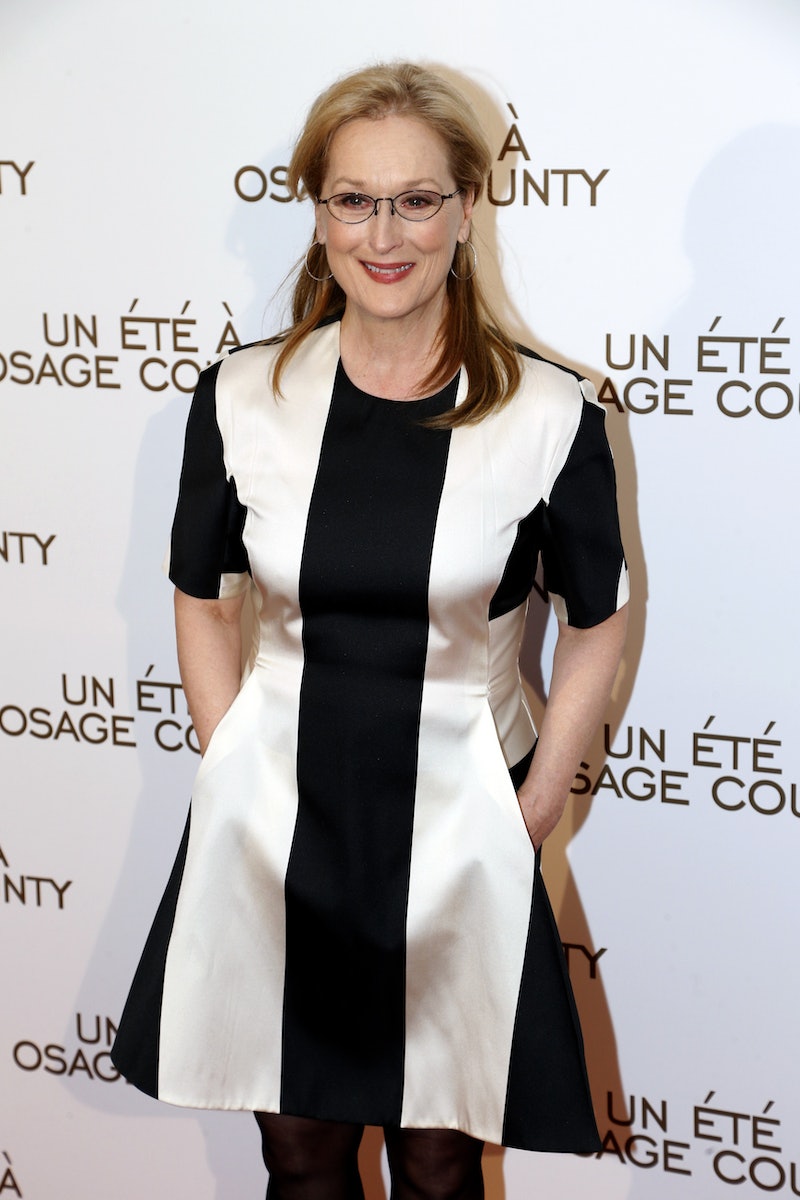 You know you've got a tough race for Best Villain at the 2015 MTV Movie Awards on your hands when you've got Rosamund Pike in Gone Girl up against Meryl Streep in Into The Woods — but, that's exactly what went down at the awards show on Sunday night. It was a close call, to say the least: in addition to Pike and Streep, also up for the award was J.K. Simmons in Whiplash, Jillian Bell in 22 Jump Street, and Peter Dinklage in X-Men: Days Of Future Past. Though all nominees definitely deserved the award — they were different levels of villain, for sure, but still all evil in their own spectacular ways — during Sunday's 2015 MTV Movie Awards, Meryl Streep was announced as the winner of Best Villain for her role in 2014's Into The Woods.

Of course, this isn't much of a surprise — Streep always deserves allof the awards, and she was particularly villainous in Into the Woods in her role as the evil Witch whose curse basically prompts the events of the whole film. This is the second MTV Movie Award she's been nominated for: back in 2007, Streep nabbed a nomination for her role as Miranda Priestly in The Devil Wears Prada, but lost to Jack Nicholson for his role in The Departed.

Congrats to all the nominees!