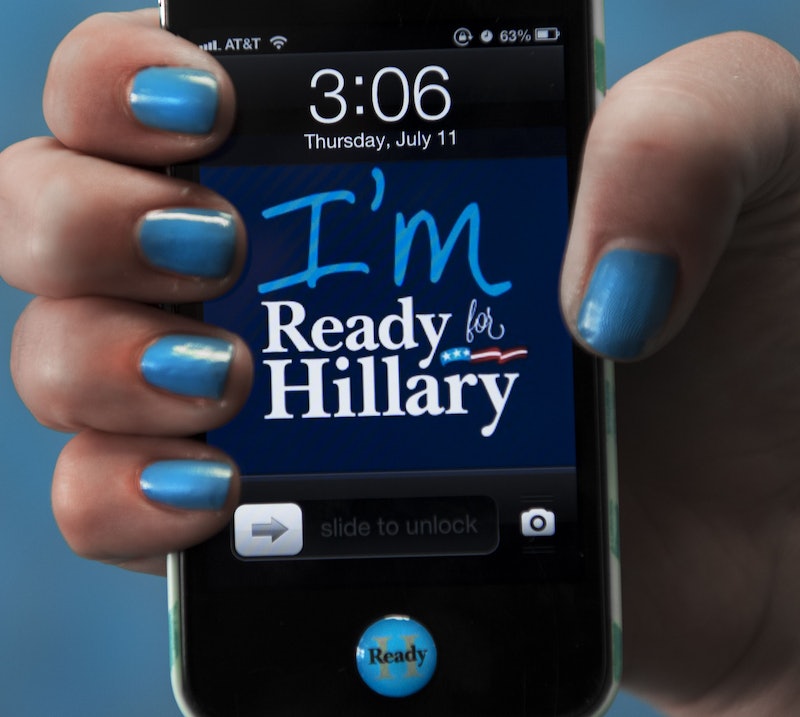 You know, we all thought Hillary Clinton was going to announce her presidential candidacy at noon on Sunday. But as noon, 1 p.m., 1:50 p.m. passed, people started to get pretty antsy. Reporters outside of Clinton's campaign headquarters apparently "raged," according to Business Insider, as they waited for the announcement on what was, by all accounts, a beautiful day outside. But by far the most entertaining of those waiting were the always reliable people on Twitter who began to grow impatient for some of the best news of the day. Yes, the best waiting for Hillary tweets kept us entertained as the country refreshed their computers in fervent anticipation.

If you're anything like me, you had Clinton's Twitter page open in one tab as you continuously hit refresh even though you know that Twitter will give the notification when there's a new tweet. But then you also had another tab open where you could check all the Clinton hashtags like #ReadyForHillary and #HillarysBigAnnouncement and even just the trending topic of Hillary Clinton to see if anyone else had information you didn't. But luckily, there were those people out there who served up hilarious comments to keep us all entertained as we sat inside on our computers and phones waiting. Just waiting. Here's some of the best.