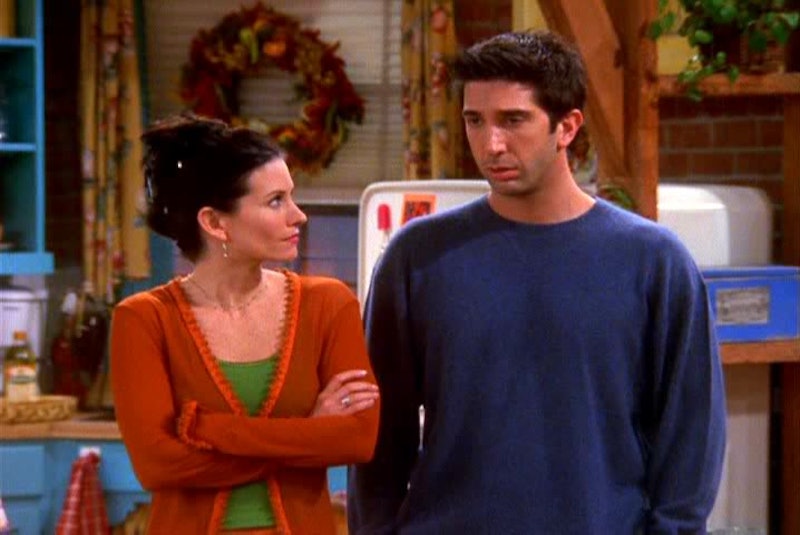 Sometimes we forget that the friends of Friends aren't just friends, they're family. And not in an adorable, metaphorical way, in a quasi-literal way. At least, for some of them. Despite their constant bickering, we occasionally forget that Ross and Monica are siblings first, friends second. And, in recognizing that, it becomes necessary to do a quick comparison of the sibling duo. Is the reason we forget that they're siblings first because they're too different to be related? Or are they overly similar and it's their dynamics in the group that are different? The world needs to know!

Of course, I'm not looking to exclusively capture the obvious things, like gender or similar hair color, or... you know, sharing the same parents. And let's cut occupation out of the equation, too. We all know that Ross leans on the crutch of his Paleontology PhD, and Monica went from Johnny Rockets-esque waitress to big time chef. I'm talking more about defining character qualities, like what we learn from their personalities in watching their violent struggle over the Geller cup (awww, our first Thanksgiving together). And, OK, MAYBE there are one or two obvious things that need to make the list.

At the end of the day, I think we can all agree that although Ross and Monica occasionally terrorized each other, they also came together for the important moments... like rocking Dick Clark's New Year's Eve with that middle school dance routine. Anyway, allow me to provide you with some visuals so you're up to speed — not that I doubt any Friends fanatic wouldn't be well-informed. Here's a quick infographic to inform you on the differences and commonalities between the two Geller siblings.