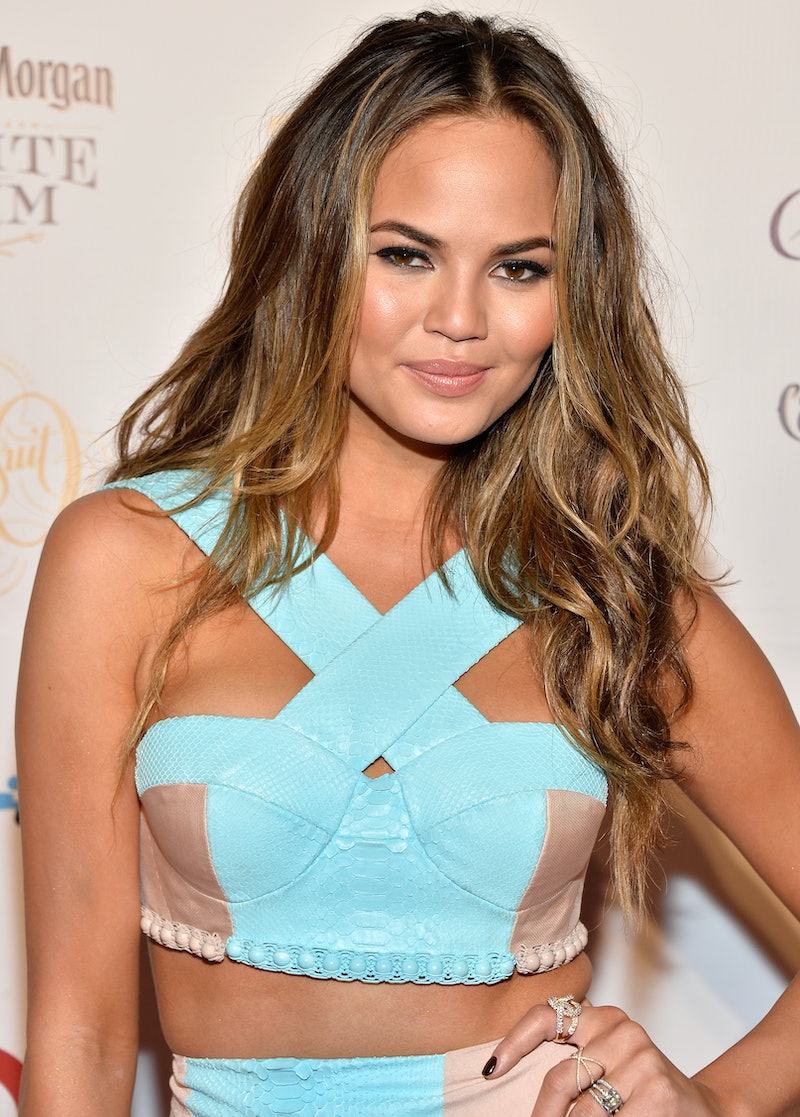 Social media's favorite supermodel just proved that stars are "just like us" in at least one way. In a totally refreshing and completely inspiring move, Chrissy Teigen showed her stretch marks on Instagram, and she owned them as a part of the amazing body she —not as flaws. YASSSSS.

In a post that was originally meant to show off her battle wounds from cooking (AKA bruises from bumping into kitchen drawer handles, which can hurt like a you-know-what for the record), she added, "stretchies say hi!" A) I love that she calls them stretchies, and B) I love that it was an afterthought. It seems like Chrissy has just accepted them as a part of her body, and she definitely doesn't sound like she's complaining about having marks on her thighs.

And here's the thing: she has 1.9 million Instagram followers that'll see this. That makes me reconsider decisions I've made to forgo wearing shorts out in public because I'm worried about who will judge them. Because who cares, really? It's awesome that Chrissy is using her public figure status to subtly raise awareness that the human body is not supposed to be airbrushed in real life, even when you're one of the most successful swimsuit models on the planet. We have scars and bumps and discolorations and stretch marks, and that's nothing to be ashamed of.

I didn't think I could adore Chrissy Teigen anymore than I already did, but it just happened. There's a valuable lesson here for us self-critical girls (guilty): it's time to accept the parts of our body that we can't change, even if we're not crazy about everything. Your "flaws" don't make you any less beautiful. In fact, I think they make Chrissy even more beautiful, and in an entirely different way.

More like this
Here Are All 703 Outfits Rachel Wore On Friends
By Kat George
Dua Lipa On YSL Beauty, Plus Her Fearless Approach To Hair & Makeup
By Erin Stovall
Kourtney Kardashian Just Wore The Coolest Silver Mesh Set
By Allie Fasanella
Lizzo Is Here To Remind You That Hot Girl Summer Lasts All Year
By Dominique Norman
Get Even More From Bustle — Sign Up For The Newsletter