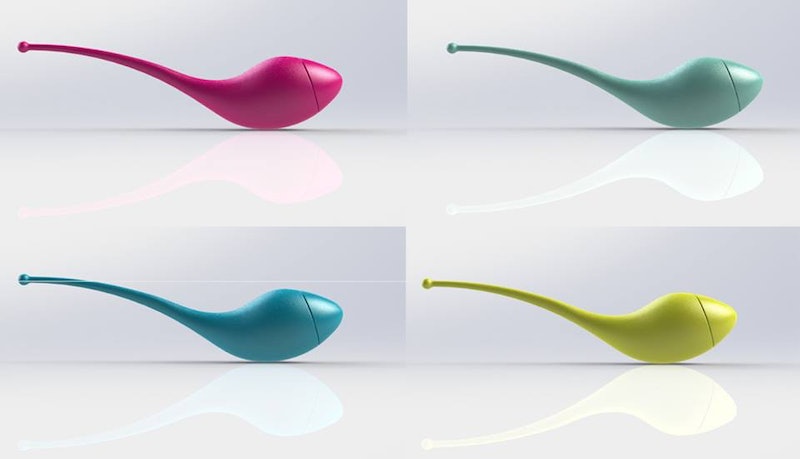 In the spirit of keeping things hot — or should I say chaud — B.Sensory's informational YouTube shows a couple at a restaurant with the app running on a phone between them. The dude slides the phone across the table in a very deliberate manner. He presses “couple” on the screen (as opposed to “solo”); the video flashes to the woman obviously getting a hit of vibration under the table. So — that's one kind of mischief they have in mind with this new phenomenon.

One particularly sexy function of the app is that you can start off reading some Henry Miller and jamming out solo, then hand the phone to your partner, who can take over the controls. Another tandem perk: the person with the "remote" can read aloud, which is a superhot act in and of itself, even without the added vibratory bonus that the sex toy has to offer.

Little Bird, dubbed an “elegant vibrating love egg” in the YouTube video, has an ergonomic design to give Lelo products a run for their money, boasting some hefty horsepower and made of silicone (but also touted as quiet, which is always a real game-changer). The first app of its kind, B.Sensory is helmed by creator and CEO Christel Le Coq, who wisely encourages us all to “read, vibrate!” Mais oui.