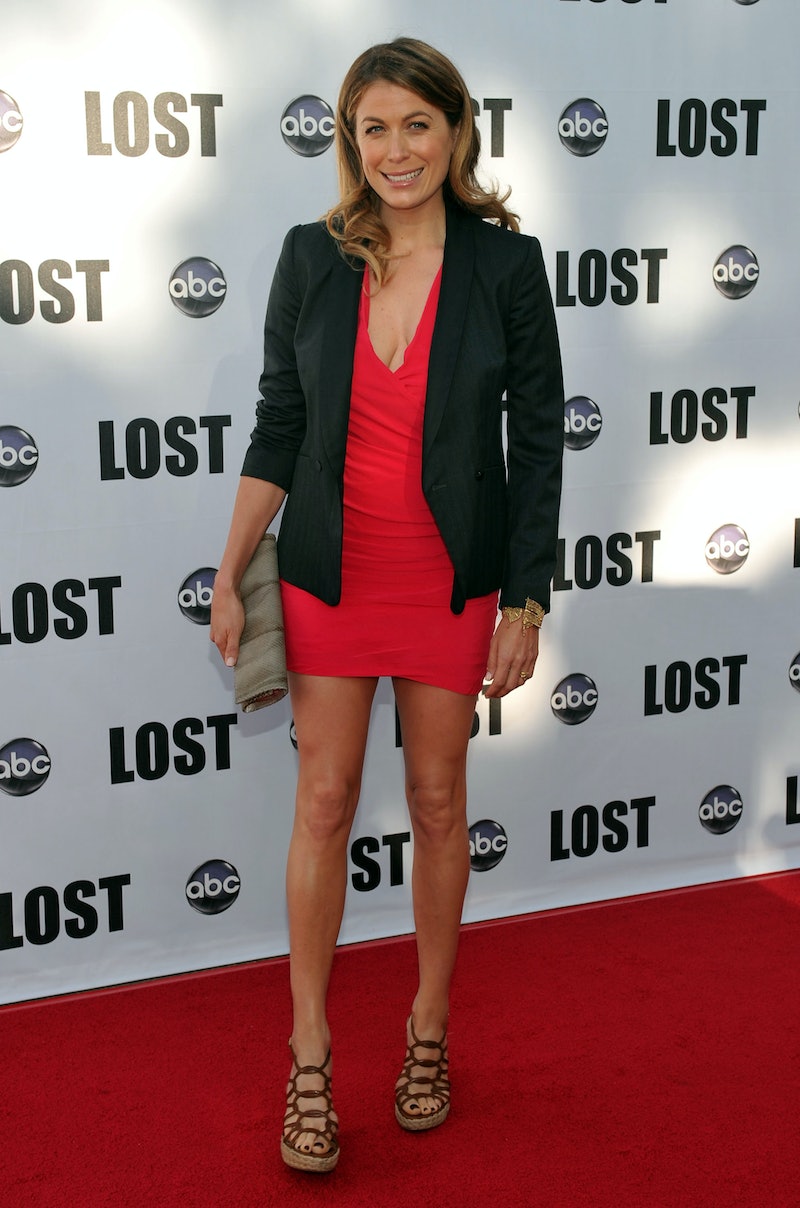 It's been five years since the wildly popular series Lost ended, and even as time passes, the passion over the show and that infamous finale can still fuel many a debate between fans. Some were satisfied with the ending while many have yet to recover (trust me, I've learned the hard way who and who not to bring up the final episode of Lost too). By the same token, just like many other beloved series, we can all find ourselves nostalgic for the times we were on pins and needles waiting for the next episode, just so we could figure out the 10,000 cliffhangers we were left with from the previous episode. Sure, we can binge watch this series whenever we want (believe me, I plan on doing just that), and there's talks of a reboot to answer that rolodex of questions we still have, but can a girl get some reunion action now?

Last November, Henry Ian Cusick (who played Desmond on the series) apparently heard our cries and announced via his website that he and Sonya Walger (who played Desmond's beloved Penny) would be costarring in the short, Visible. We all remember the heartache of being taken through Desmond and Penny's love story and how her father and that blasted island were incessant in keeping these two soulmates apart.

Guess what? According to social media, they're back together now! Today, Walger tweeted some exclusive behind the scenes photos showing the two former cast mates working on their new project, and it's absolutely glorious. Here they are, from the first to the most recent:

Cusick is seen taking a break during shooting per a picture posted by Andrea Snider and later retweeted by Walger.

There you have it! Desmond and Penny are reunited and it feels so good! It looks like the two costars couldn't be happier to be working together again.

As if the previous picture wasn't adorable enough, Walger posted a second reunion pic where she and Cusick are all smiles. Are you as excited for Visible as I am? Based on this pic, I think you should be. Love. It.

They don't have cafes on mysterious desert islands, or at least I don't think they do. Desmond and Penny most assuredly deserved a coffee break in between all the longing and searching the world for each other. In this final photo (retweeted by Walger), it looks like they're finally getting it.

Hey guys, if you ever need a third wheel on your coffee dates, I'd totally be down.

More like this
Twitter Is Unravelling Over Wolverine’s Return For 'Deadpool 3'
By Darshita Goyal
Nicola Coughlan Shared A Lady Whistledown Excerpt From ‘Bridgerton’ Season 3
By Grace Wehniainen, Alyssa Lapid and Sam Ramsden
Everything To Know About 'The Last Of Us' TV Adaptation
By Sophie McEvoy and Radhika Menon
A New 'And Just Like That' Table Read Pic Confirms A Key Character's Return
By Jack Irvin and Grace Wehniainen
Get Even More From Bustle — Sign Up For The Newsletter