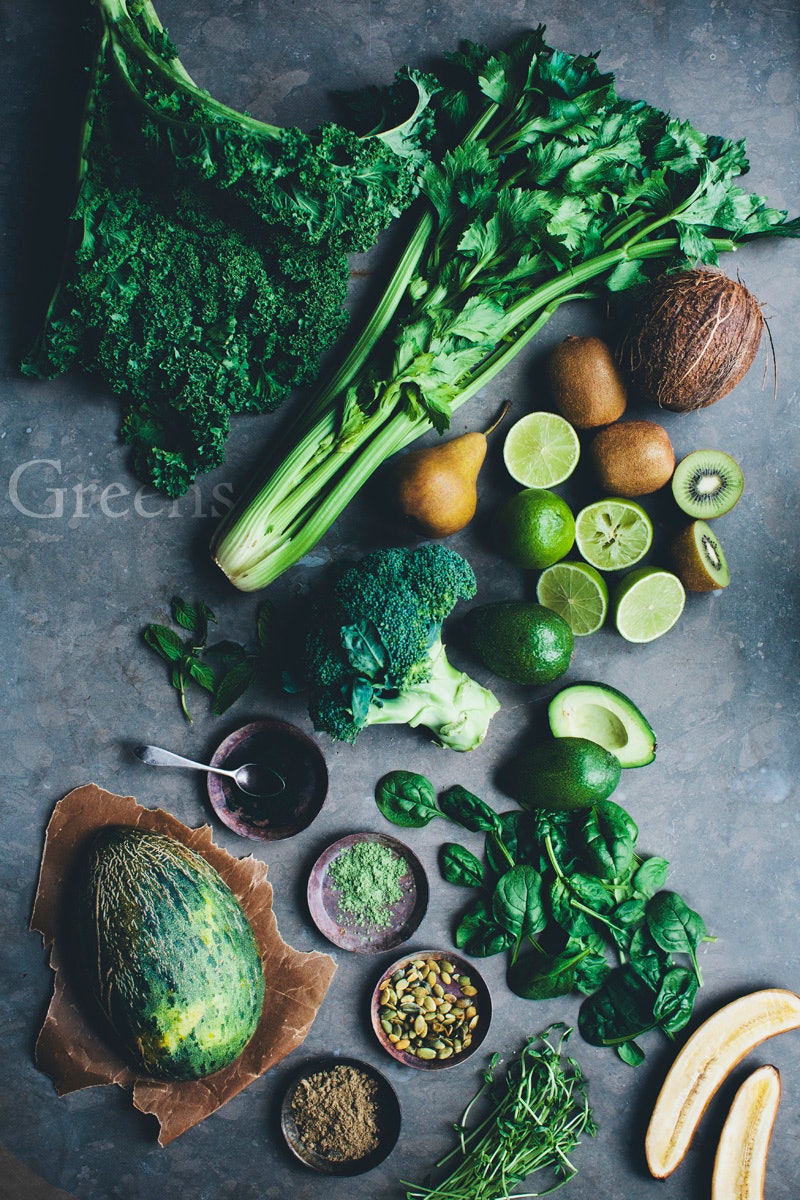 Let's get one thing straight at the start: I will likely never give up eating meat. One of my mates picks restaurants for nights out with me based on how much delicious carnivorous goodness they serve. I love meat — but increasingly, ethical and green considerations have made me refocus. I'm becoming what's called a lessmeatarian, following food writer Michael Pollan's famous, very basic guide: "Eat food. Not too much. Mostly plants." And, while figuring out how to do it in a way that still gives me that umami kick is driving me slightly crazy, eating less meat is definitely easing the pressure — on my food bills and on my conscience — and giving me some good tips to pass on.

I'm not going all the way. Amongst many other reasons, I'm an Aussie in the UK, and good meat, bizarrely, makes me like I'm home. (By the way, sustainably harvested kangaroo meat is delicious .) I grew up in a household that was, if not meat-and-two-veg, then definitely meat-focussed. I have an uncle who farms sheep, and my brother's propensity to date vegetarians has been met with blank incomprehension.

The concept of meat-as-meal is pretty ingrained in my head — but years with my husband, a massive foodie (and fellow carnivore) who's well-trained in meat-free meals, and a bunch of veggie friends have shown me that eating vegetarian is both sustainable and pretty fun. Here's how to do it.

The temptation for beginners on the road to partial meat-freedom is to replace the heaviness of meat with a glut of pastas. This is particularly true for me, as my dude trained as a cook in Italy, where pasta is essentially how you express love. But it doesn't have to be that way.

One of the most interesting aspects of becoming more meat-free, for me, has been experiencing a range of "weights" in meals — instead of the usual high-protein meat glut, it's been interesting to get full on combinations that feel a lot lighter, like puff pastry and tomatoes, or a crunchy salad. I've developed a new understanding of my body's approach to fullness and satisfaction. Don't just rest on pasta's laurels — diversify.

2. Remember that salads are not just sides.

I've never been a salad person. I regard olive oil and balsamic vinegar as things in which you dip fancy bread. But this is an aspect of higher-veggie diets that's kind of amazing: the sheer amount of salads that can actually be both tasty and filling. (And I mean proper salads, with croutons, piled up so high you need binoculars.)

I've learned about salad leaves I never knew existed (hi, cavalo nero!), eaten rocket so peppery it made me sneeze, and have become a lot less suspicious of lentils and couscous. I'm still inclined to be a bit wary if somebody sets down a salad for a main, but it's a gradual process towards acceptance. Also: whole boiled eggs in salad are awesome.

Healthy disregard for tofu remains your friend even in the land of post-meat. Serving up replacements for your beloved meat products is only going to end in tears, shame, and sulky picking at Boca Burgers.

There's definitely a place for mock meats, but in my experience it's best to go cold turkey (ha ha) and try to rearrange your concept of meals completely, instead of looking to fool yourself with substitutes.

My current fave is Veg Every Day by the British chef Hugh Fearnley-Whittingstall (yes, that is his real name, and yes, he went to the same school as Prince William), because it adopts a philosophy of more-veg instead of less-meat. Books like this are a great boon for those of us who don't know the first thing about how to build a meal from a cupboard full of leafy things, and help considerably to make you feel vaguely competent at plant-based food.

I'm in my mid-twenties in a university town, so I obviously have vegetarian friends. I suspect you do, too. And if they're also foodies, they'll probably be more than happy to give you beginner-style recipes that suit your tastes and budget. From my veggie mates, I've learned about tahini, halloumi, Yotam Ottolenghi, and other words which would have made no sense whatever a year previously.

Oh, and borrow (ahem, steal) their cookbooks and cooking site recommendations too, in great quantities. Current loves I've picked up from veggie mates include The French Market Cookbook, The Green Kitchen, and the blog Smitten Kitchen.

This is far more common in the UK, but it's worth considering: if you're in the area of a veg or CSA box scheme, think about signing up. Veg boxes are a great beginner's tool — they get the best seasonal veg direct from local growers and deliver it to your door weekly, fortnightly or monthly, reducing your time spent in abject confusion in the supermarket aisle and supporting organic produce at the same time. Plus most come with recipe ideas, and it's generally pretty inexpensive (sometimes).

New Yorkers have access to the veg box scheme Quinciple and Chicagoans have Fresh Picks, while Farm Fresh To You in California does veg boxes all over the state. Check out guides to farm-to-door schemes in your area for what's available.

7. Go seasonal rather than purely local.

If you're foraying into serious veg buying for the first time, have a good handle on what tastes excellent when. In a modern world seemingly without seasons, it can be easy to buy imported stuff whenever you like, but if you've come to a veg-dominated diet because of concerns about the planet, working with the seasons is a good idea.

I'm personally not convinced by the "all local, all the time" argument — several economists have pointed out that food miles don't tell the whole story about a food's environmental impact, that our local economies are based on exporting food over distance, and that most of agriculture's greenhouse gases are produced before produce even gets off the farm.

However, seasonality is a different idea: it's about what's best when, and getting the most flavor and best price for your produce. Sustainable Table has a good guide to what's best in your state throughout the year.

Seeds and nuts have, slightly bewilderingly, crept their way into actual meals rather than just being things I munch as a snack or throw to birds. But this is a fun bit of the veggie experiment: expanding your concept of texture in a meal. Combinations correctly prepared can do basically anything — be unctuous, creamy, crunchy, smooth, tough, crispy, delicate, or a combination of all at once.

The interesting part of veg-based meals for me has been the layering of textures: oozing goat's cheese on crumbling puff pastry with honey and thyme, for instance, or powdery polenta, or cabbage flecked through with sunflower seeds.

9. Dairy is your (complicated) friend.

Dairy is not an uncomplicated part of a diet: dairy cows produce a significant proportion of the world's greenhouse gases. (Sheep's or goat's milk dairy is a great alternative.) However, a little in moderation is a pretty amazing way to get protein and taste into your gullet. As was probably made clear by the time I tasted the world's smelliest cheeses, I am a bit of a cheese fiend — but that's not the end of the story.

Altering your butters to give them a bit of kick is also a way to get seasoning into a veg-based meal. TV chef Jamie Oliver recommends having flavors on hand for all occasions — a basil, parmesan and tomato one, for instance — but it can be as simple as adding a citrus edge to roasted cauliflower. And a little cream (or coconut milk) goes a long way in thickening a saag aloo.

10. Pick up a flavor profiler.

The big problem for me on my plant-based journey? Having no idea what went with what. Without a lifetime of experimentation behind me, I either stuck close to recipes or threw stuff in the pan and hoped for the best. (The best is often not what happened.) My savior? A book called The Flavor Thesaurus, by Niki Segnit, which lists essentially every ingredient in the world by its taste, and then pairs it with whatever suits it.

I cannot emphasize how much of a help this is if you're a lost, suffering veggie starter-cook. What goes with beetroot? Are almonds a terrible idea with strong cheese and sweet corn? What the hell do I do with this artichoke? It's genius. Other variants, including The Recipe Wheel, which takes simple recipes and expands them into different flavor spheres, exist — so pick the flavor profiler that works for you.

This has a lot of merits. One, it gives you your daily fruit dose without needing to be attached to a cheesecake, and two, it makes you look like a Michelin-starred chef to your slightly bewildered mates.