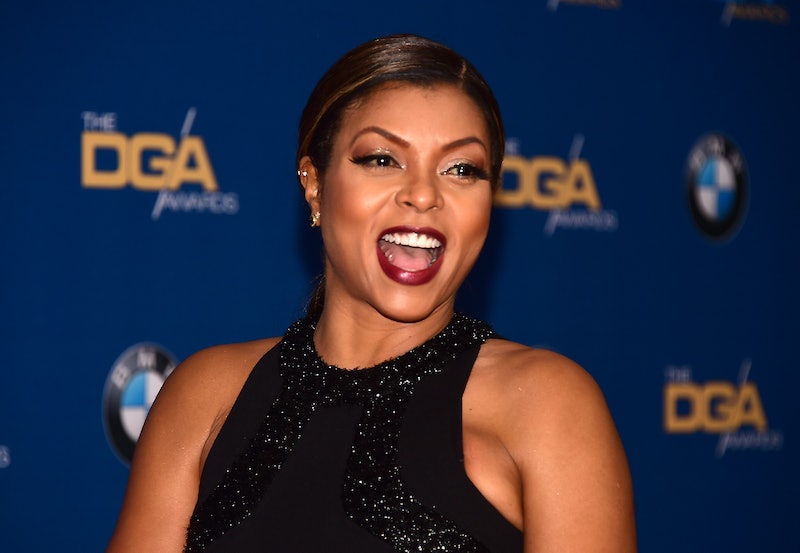 Empire has only been on television for one short season and Cookie Lyon is already such an iconic character. She always has a great story line and her outfits always grab our attention, but more than anything it's Cookie's words that stick with us. Cookie Lyon really goes in. I am honestly a little bit afraid of her, even though I know she's a fictional character.

There are quotable Cookie lines from every single Empire episode so it's hard narrowing them down in any way. I'll tell you this though, she is not someone I would ever screw with, and this is especially true when it comes to her love life. There have been plenty of moments that proved that no one should ever mess with Cookie Lyon's love life.

Seriously. If you try to interfere with her romantic dealings in any way, you will be verbally annihilated and put in your place. Nothing is off limits. From jabs at an enemy's personal appearance to degrading nick names to throwing in some classic insults, Cookie Lyon always goes there. And this is all on network television. I cannot imagine how fierce Cookie Lyon would be if we met her on a premium cable network.

Sticking To Her Guns

Cookie Lyon is the kind of lady who really sticks to her guns. She refused to let Luscious have his cake and eat it too, and gave him an ultimatum: "Cookie's nookie" or "ditch the bitch" aka his fiancée, Anika. She is not one to compromise, especially when it comes to love.

Cookie Lyon will never miss an opportunity to throw some shade— even mid-prayer. No one is safe from the Cookie Monster's wrath. She may want the blessings for everyone, even "hoes," but more than anything she wants them to stay out of her way.

Turning Halle Berry Into An Insult

Most women would be honored to have their personal appearance compared to Halle Berry's, but Lyon manages to turn this into an insult. No matter how fierce Anika looks with her short hair, Cookie was going to find a way to turn a positive into a negative.

The Understatement Of The Century

This is the understatement of the century. Who in their right mind would actually try to mess with Cookie Lyon? If I were Anika, I would have been out of there by the end of episode one.

Do not ever try to insult Cookie Lyon. If you do, she will take your insult and use it against you. Hate on her for her previous jail stint, and she will turn that right around. I have no idea why anyone even tries to take her down. It will never work. Ever.

I am still pretty baffled by anyone who thinks they can mess with Cookie Lyon. Of course, you're "gonna have some problems." Are you kidding me? She is smart, acerbic, and fearless. She will destroy you with one sentence and a dirty look. Just let her be.

Just run. If Cookie Lyon gets this close to you with a drink and some blatant anger, get out of the way. That is not a question or even a threat, it's a promise that she is ready and willing to go in on an enemy.

Jewelry Snatching Is Not Off-Limits

But really though, move out of the way if Cookie threatens to come at you. It would mean the end of any expensive jewelry or outfit that you may be rocking. The woman has no boundaries.

Don't Make Her Cause A Scene

If you end up as an obstacle in Cookie Lyon's personal love story, you should hope and pray that she does not cause a scene. You know, like this one...

More like this
Everything To Know About 'Firefly Lane' Season 2 Part 2
By Gretchen Smail
The 'Firefly Lane' Book Ending Teases Way More Tears To Come In 2023
By K.W. Colyard
Everything To Know About 'The Peripheral's Potential Season 2
By Brad Witter
17 Wednesday Addams Quotes For Every Situation
By Grace Wehniainen
Get Even More From Bustle — Sign Up For The Newsletter