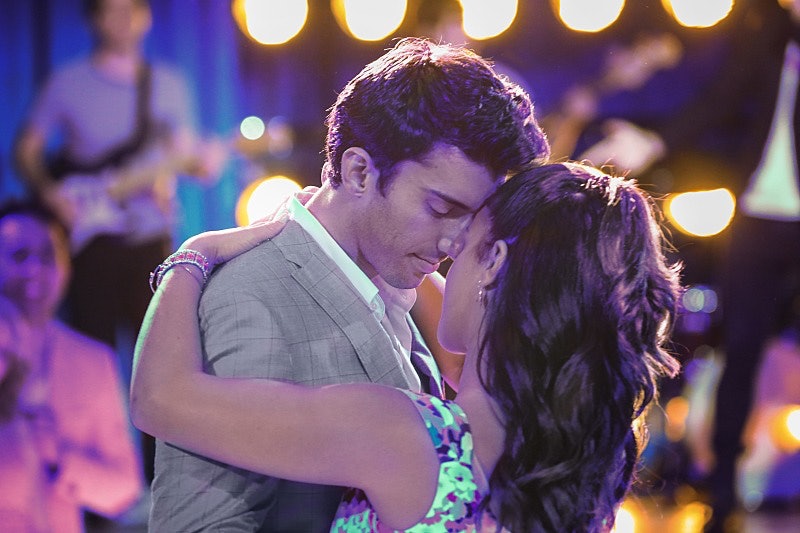 When a character goes through heartbreak on a TV show, it feels as if you're going through the same heartbreak, and that was definitely the case after the Rafael and Jane break-up on Jane the Virgin on Monday. It was a roller coaster episode for the couple — it's been a lot of roller coaster episodes for them recently — but finally the straw that broke the camel's back appeared in the form of Rafael's mother, and the bomb she dropped was all that was needed for Rafael to lose faith in his relationship with Jane.

After an episode that revolved around couples, couples, couples — Xo and Rogelio both exchange "I love you," Alba and Edward are going to go out, Michael and Andi are dating and happy, and Petra learns that Aaron Zazo is actually Roman (!) — the main couple of the series, Jane and Rafael, hit their hardest patch to date. Jane finds Rafael's phone habits annoying as he is always attached to it working, something that causes her to have doubts in their relationship, questioning if he'll be there for their child. It's point of contention for the two, because Rafael wants to provide for his child, and to do that, he needs to be working 24/7.

Jane and Rafael have hit these rough patches before, but this one got a little deeper than previous spats — and it really had nothing to do with Rafael and Jane as much as it did with Rafael's faith in himself. After finding an email address for his mother — who left his family when he was young — Rafael reached out to her, only to learn that she accepted a $10 million payout to not be apart of his life from his father. It's a heartbreaking moment, because Rafael wanted nothing more than to reconnect with his mother, even states that the worst thing that could have happened was that she didn't respond. But no, this was the worst thing that could have happened.

Unfortunately, this revelation causes Rafael to reevaluate his relationship with Jane. I think she was just in the wrong place at the wrong time, but it was enough to put a serious halt in the Jane and Rafael shipping. Rafael is worried that he and Jane just come from different people. He wants to be successful and leave something for his child — like his father, who he now sees as the parent who was "there" for him. Rafael says that maybe he and Jane are just too different and that they shouldn't be forcing the relationship that they have.

I'll stop there so you can breath, because it ONLY GETS WORSE.

Rafael concludes that they should take a break and focus on how to be good parents. "So you want to break-up?" Jane asks. "If that's what you want to call it," Rafael responds.

And while this is the worst thing that I could have pictured happening, I can't imagine it is going to last too long, because Rafael and Jane are definitely end-game material, right? RIGHT?