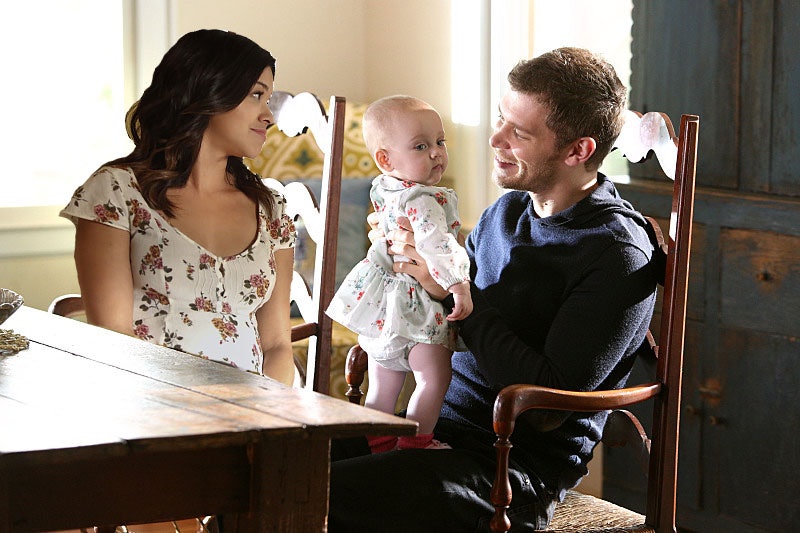 I think I'm getting a little crossover spoiled. We've already had not one but two crossovers on The Originals in the last two seasons, which have been great, but I already want more. So I'm making demands, people, because why should the crossovers be limited by connected spin-offs and show runners? We're living in a great, big, expansive universe, if someone from Agents of S.H.I.E.L.D. can crossover to Netflix's Daredevil, why can't we have characters from any CW show pop up in another franchise? This needs to happen immediately and I know the perfect shows for it: The Originals and Jane The Virgin should crossover. While on the surface these shows couldn't look more different, I am convinced they would blend together perfectly.

I know they operate in different worlds, have different values and their morals don't even come close to aligning, but I'm not concerned about logic here, I am focused on the fun we would have getting these two groups in the same space. Think of plot twists — think of the narration! If this dream combination were to ever happen, I have a few ideas for what it would look like.

The Love Triangles Would Become Rhombuses

Michael-Jane-Rafael, meet Elijah-Hayley-Jackson. The possibilities of new couples to 'ship would be endless. Mix and match, almost any of these combinations would be amazing. We've already seen that Jane has a thing for a bad boy, just wait till she meets the ultimate rebel Klaus. I want to live in a world where Xiomara can flirt with Marcel and Rogelio can tear up the French Quarter!

Alba Would Run Everything

Any time the Mikaelsons are having one of their disagreements (so, you know, all the time) Alba could just come in and lay down the law. She'd tell them what's up and I'd bet money that they would fall in line. These guys have been around for literally 1,000 years, they have got to speak Spanish by now.

Jane's baby and Klaus' baby are basically miracle babies, so I'm guessing that means they'd get along. Sweet little Hope could hang out with Jane's future baby and have the cutest play-dates on network TV. Since Cami is the one watching her most of the time, she could hang out with Jane while the babies play together. If anyone needs a new friend, it's Cami. She sort of mentors Davina, but what this bartender needs is some grown-up girl time. They could bond over their complicated love lives and the needy men in their lives.

The Narrator Would Spit Some Mikaelson Real Talk

How funny would it be to hear Jane The Virgin's cheeky narrator trying to explain the complicated relationship history of everyone on The Originals? The amount of sass that would bring is endless and, I would love to hear how he editorializes Klaus' past with... pretty much everyone on the show.

Jane and Elijah Would Be Besties Forever

Jane and Elijah are so similar: They're both kind, honest, a little put-upon, and just trying to help everyone. They would side with each other in arguments about doing the right thing, and Jane could not only weigh in on Elijah's love life, as well as help him navigate his siblings since she is no stranger to family drama. New friends for everybody!

Everything Would Get More Soapy

The Originals moves at a pretty fast pace, but it's got nothing on the telenovela twists of Jane The Virgin. Combining the two worlds would hit new-levels of soapy goodness. We'd have more deaths, hookups, and surprise pregnancies then you can throw a stake (or crucifix) at — all in one episode! I know it's a long shot, but I'd love to see the heart, drama, and fun these guys would bring to each other's shows.