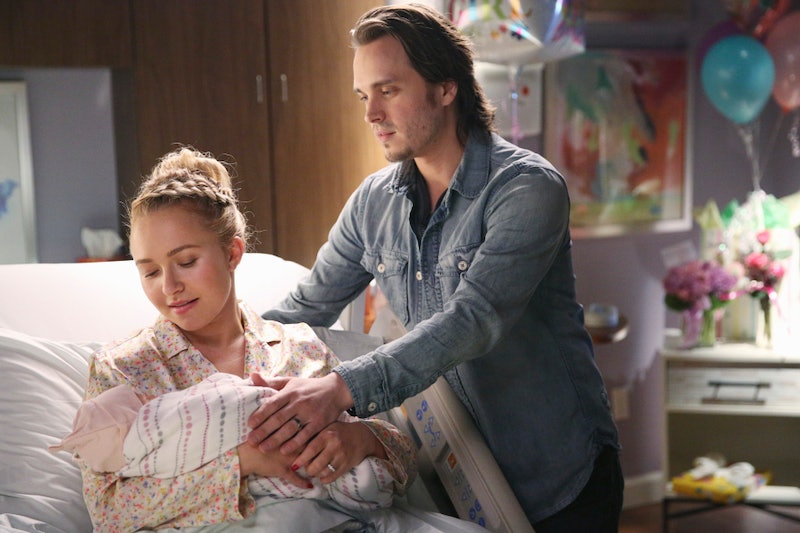 I think it's safe to say that most fans were up in arms about last week's little baby name cliffhanger, but now that we officially know Juliette and Avery named their baby girl Cadence on Nashville, all is forgiven. Waiting for this name lead to all kinds of stress and nail-biting for fans, particularly those of us who aggressively voted in ABC's poll to pick the baby name. In the end it came down to four names: Cadence, Bella, Blythe, and Nina. Cadence had a 47 percent lead, with Bella trailing just behind it at 42 percent, but it looks like the musical name won out in the end. Right at the beginning of the episode, Juliette called her baby Cadence, letting us know that #TeamCadence officially won the battle.

Can we talk about just how stinking adorable this name is? First off, it's unconventional, so you know that the odds of there being like six other Cadences in her first grade class are zilch. But the name itself is so perfect because of its meaning. Of course, we all know that cadence has to do with voice and music, but looking at the two Dictionary.com definitions makes it all the sweeter:

1. a modulation or inflection of the voice

2. a sequence of notes or chords comprising the close of a musical phrase

So basically ABC has given me some wildly unrealistic expectations for Avery and Juliette to spend the next 10 seasons of Nashville adding to their brood and giving them cool hipster music names like Treble and Forte so they can all form a bluegrass folk band version of the Jackson 5. I don't ask for much, Nashville! Just for this adorable new family to be happy forever and ever. Welcome to the world, baby Cadence, and on behalf of my fellow internet voters, YOU'RE WELCOME for the best name of all time.