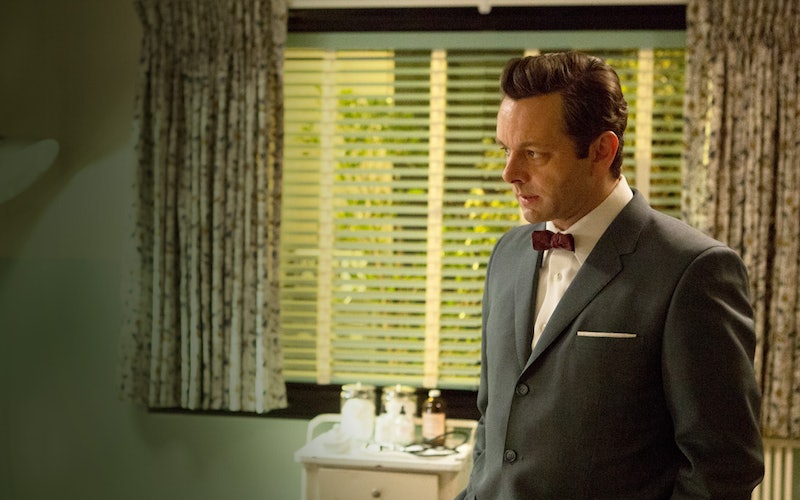 In this week's thoroughly depressing episode of Masters of Sex, Libby has a miscarriage. Oops, spoiler alert? Perhaps the show about pioneering sex researchers (who notably disproved that there was a difference between an immature/clitoral and mature/vaginal orgasm, among other things) is just taking us along for the ride of sexual and human discovery. (Don't worry, they have plenty of time to figure it out. A second season has just been picked up!)

Here are some of the week's most puzzling questions:

More like this
35 Sexy Texts To Send Your Partner
By Griffin Wynne and Carolyn Steber
What Are Swingers? Everything You Need To Know
By Lexi Inks
13 Ideas To Add To Your Sex Bucket List
By Kristin Magaldi
Paapa Essiedu Likes To Keep His Relationship Pretty Private
By Maxine Harrison
Get Even More From Bustle — Sign Up For The Newsletter