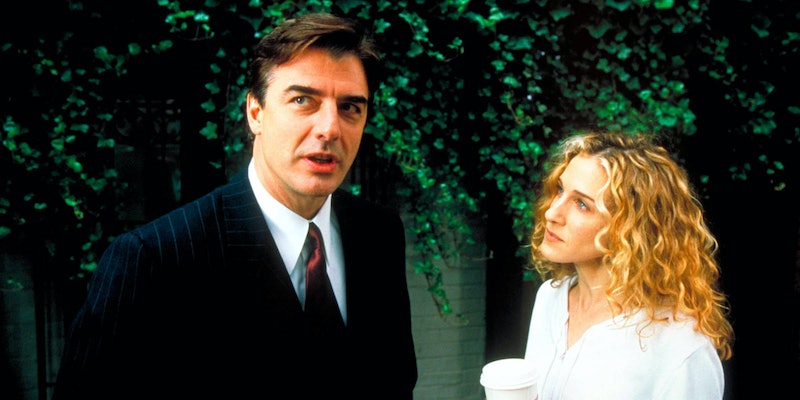 I think most of us can agree that when it comes to relationships, usually, the biggest betrayal of all is cheating. Whether it’s you doing the cheating or you who’s being cheated on, infidelity is something that, for many couples, is unforgivable. A trust has been broken, and broken trust isn’t something that can easily be repaired.

Cheating statistics are hard to pin down, because most people don’t want to admit to doing it. According to one study published in PscyhCentral, the chances of someone cheating in their marriage may be as high as 25 percent. Another study published in Truth About Deception states that 30 to 60 percent of all married couples will cheat, and according to a study by the WSJ, infidelity is on the rise for those under 30.

While plenty of movies depict the excitement and drama of adultery itself, few deal with the consequences. Since cheating is such a common experience, we asked some Bustle readers to share their experiences with cheating — specifically, the aftermath. Some readers stayed with their partner, some moved on, and some were shocked when their partner was cool with their indiscretions. Some were the ones cheated on, and some were the ones who cheated, but all had to deal with the repercussions.

Here’s what they had to say.

"I put up with his cheating for four years. FOUR YEARS. Occasionally, I'd revenge cheat, but it just caused more destruction for us. Although we never discussed formally why we were staying together, I know it was because we [were] so dependent on each other. It was he and I against the world, and I think we needed that for some reason."

"I cheated on my ex while I was in graduate school once. He said he didn't care and proposed to me after graduate school, but called off the engagement a few months later. He said he didn't love me enough to marry me. It caused irreparable damage to my self esteem, but we stayed together for five more years. Then I went to Australia and had an affair with an amazing man who taught me about kindness, healing, love. The following year, I ended things with [my boyfriend] Eddie.

"I stayed with someone who cheated on me, naively accepting his explanation that it was a misunderstanding. Then he kept doing it, and I still stuck around for another year. He was a manipulative ass in so many ways. I wish I could say that I could get over it if it happened in a healthier relationship. I mean, it happens, right? But having gone through that mess before, I don't know if I could handle it."

"My last boyfriend cheated on me just a month or so after I told him I liked the idea of an open relationship and it might be something we could try, even though he said he didn't want to try it.

"I found out almost immediately, since his phone behavior started changing dramatically. Since I'd been cheating on him for months at that point, I knew exactly what was going on — and went through his texts. I confronted him about it, and we broke up. It wasn't the actual cheating that bothered me, so much as the dishonesty. To cheat on somebody after you reject their suggestion for an open relationship out of hand is the height of douchiness."

"I stayed with someone who cheated on me once when I was younger. Then I realized that I deserved better, or at least would rather be alone than be with an asshole. (Or at least date someone who didn't suck at sex plus cheat on me.)"

"I had my suspicions, so I did some snooping around and found out she was cheating. When I confronted her, she promised to stop. I loved her so much that I forgave her, thought of it as a bump in the road, and just wanted to move on.

"But after [a] few months, a friend saw her out with the guy she was supposed to have stopped seeing. Again, she promised to stop — and again, I believed her. We stayed together because I couldn't fathom anything else. I also loved her; stupidly believed she could respect me enough to stop her behavior. I stayed with her for over two years before I finally ended it. She told me she was shocked that I was 'giving up on us,' when it was she [who] gave up on us two years before that."

"I was cheated on once. I was out with a mutual friend. For some reason, the dude I was dating decided thought that meant I was going to sleep with our mutual friend (I wasn't, we went to a drag show), and so he called up his ex girlfriend and slept with her to get back at me. I ended it immediately when I found out."

"I've cheated a lot. At first it was pretty traumatic, but now, my husband kind of understands. Our situation is a little different though. He's basically frigid because of anti-depressants, so has almost no sex drive. I held out for two years without sex. We did it maybe three times between two years. Then I let it rip and went on a spree. If our relationship were more normal, I'd feel really bad, but under the circumstances...

I thought it was understood, but recently, I found out that I was mistaken. We now have a formal agreement. I travel a lot for work, so it's understood that I can 'do what I need to do' on business trips."

"Why did we stay together? Because I honestly believed he would change. But he didn’t. He continued to cheat for two more years with the same woman. Then we broke up, and he married her less than a later."

"We'd been married for only a year when we both started cheating. We considered an open marriage, but knew it wouldn’t work. We decided to forgive and forget, because we were embarrassed by our behavior. But after two years, we separated. It was better to embarrassed then damage each other even more."

"We were high school sweethearts who married right after college graduation. It was three years into our marriage [and] I had just had our first child when he came home one day to tell me that he was leaving me, he didn’t love me, and he wasn’t sure he ever loved me.

"This was on a Thanksgiving, and our families were in the other room. He went upstairs to pack because his girlfriend was waiting for him. I went to tell [our] families, and it was mayhem. Half his family blamed me, half blamed him, and I surprised my father didn’t kill him right there. It was the most humiliating day of my life. We never even got a chance to talk about the details of it. He just decided he didn’t want me and definitely didn’t want our child."

"About a year ago, my boyfriend was out of town. [I was] feeling pretty devastated about some unrelated stuff, and I went out one night determined to have fun and stop crying. I'm not sure what happened, or whether I took something other than alcohol, but the last thing I remember was talking to a handsome guy. I thought his accent was sexy, that he was this sophisticated, learned gentleman. The next thing I remember is waking up with him in my bed, and then telling him he needed to go. He then said 'I know how hard it must be to have a long-distance relationship.' I suppose that drunk me had fabricated that to get him in bed.

"I immediately texted my boyfriend that I'd done something terrible, that I had slept with someone and woken up and didn't know how it happened, and I turned off my phone. A few hours later, he started calling my roommate non-stop, worried about me. When he finally reached me, he said 'There's nothing to be sorry about. This isn't even something we have to work through. I don't care. I'm more concerned about how you're feeling.'

"To this day, he says he really doesn't care, that he's not a jealous man. It seems too good to be true, but apparently, it isn't!"

More like this
Why A Libra & Libra Couple Might Become Codependent
By Kristine Fellizar
Are Quality Time & Gift-Receiving Love Languages Compatible?
By Lexi Inks
The 19 Best Tweets & Memes About Bisexual Awareness Week
By Lexi Inks
These 4 Signs Are The Seductive Sirens Of The Zodiac
By Brittany Beringer
Get Even More From Bustle — Sign Up For The Newsletter