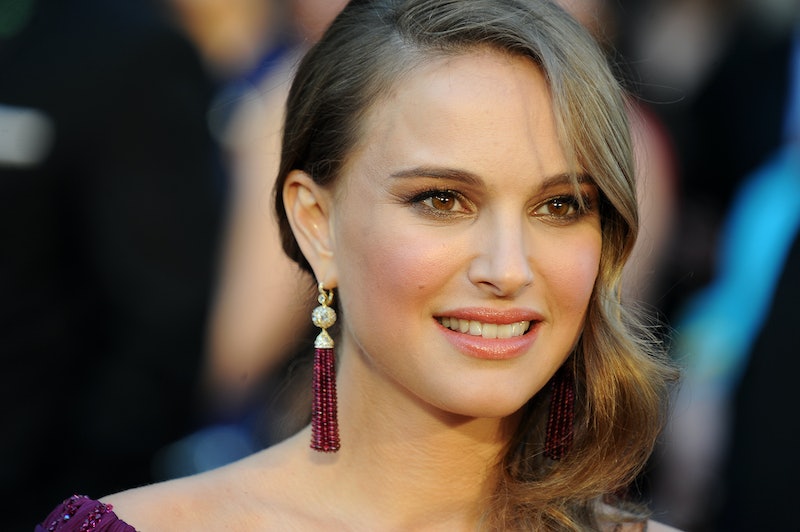 Like wearing socks with sandals or eating a taco that is made out of Doritos, being an only child gets a bad rap. Since so-called "lonely onlies" have never had to engage in classic coming-of-age rituals like fighting for their parents' affection or getting pantsed by older siblings, they're assumed to have grown up into strange, self-centered adults who are unable to compromise in romantic relationships, share credit at work, or not cheat at Monopoly. But where did all this bad press about only children come from — and what does science actually have to say about being an only child?

Historically, bias against only children comes out of agrarian culture, where having more children meant having more help on the farm; but in the post-industrial era, bias against only children starts with Granville Stanley Hall, the first president of the American Psychological Association. Granville — whose bias was born not from actual research, but from his own experiences growing up with many siblings — produced prodigious writing against the idea of only children, and said in 1896 that “Being an only child is a disease in itself.” And thus, a million stereotypes framing only children as conceited jerks, insubordinate workers, and adults who still sleep with stuffed animals was born.

But the facts have never backed up the myths. Today, 20 percent of American families only have one child, and we have yet to turn into a nation of weirdos muttering to our imaginary friends (well, any more so than we already were). Many of our most beloved celebrities, including former president Franklin D. Roosevelt, rock 'n' roll pioneer Elvis Presley, Academy Award-winner Natalie Portman, and noted Head Auror Harry Potter were raised with no siblings, and turned out just fine.

So what's the actual low-down about only children? Let's see what Only Child Science (instead of bullying Older Sibling Popular Opinion) has to say on the matter.

1. We Have Higher IQs

I'm sorry — I spent all this time telling you how we only children aren't conceited, and then came straight out the gate with this baby. But you can't fight the facts!

According to 20-year study of high school students, only children had higher IQs on average than their peers who had siblings — even those who only had one sibling. Only children were particularly noted for their superior verbal skills by the study; which will make perfect sense to any only child who remembers being drawn into your parents' dinner conversations about foreign policy issues when you were nine.

Are only children lacking in self-confidence? Hardly. In that same 20-year study, high school students who were only children were found to have a higher "index of confidence" about themselves and their abilities than other students. Which makes perfect sense, considering we didn't have to cope with years of older siblings calling us names or giving us a hurts doughnut.

Okay, but we've got to be spoiled, right? I mean, how does anyone learn to share or be giving if they get to have ALL the Beanie Babies to themselves ALL the time, including Pinchers and multiple Princess Di bears?

Well, according to Susan Newman, parenting expert and author of Parenting An Only Child , "The studies all show that only children are not spoiled." So take that, anti-only child bullies. But don't take Pinchers. He and I are having a tea party.

Parenting an Only Child, $10, Amazon

4. We Have Just As Many Friends

And onlies don't have a monopoly on having an intense emotional relationship with their American Girl dolls, either: 65 percent of all children have imaginary friends, and as Yale researcher Jerome Singer, Ph.D. put it, interest in creating imaginary friends "is not the exclusive property of the ‘only' child."

5. We're Happier Than Kids With Siblings

OK, fine, only children are smart, have friends, and won't bite you in a rabid, selfish rage if you try to eat some of their nachos. But surely we've at least got to be a little miserable, right? Don't we long for the traditional larger family dynamic, immortalized in great works of art like The Sound of Music and Just The Ten of Us?

Au contraire— a 2010 study by The Institute for Social and Economic Research surveyed 2500 children, and found that, on average, only children are happier than their be-siblinged peers. Many of the only children surveyed claimed that they were happier because they did not have to compete for their parents' affection.

Even more interestingly, a child's happiness was found to negatively correlate to how many siblings they had — perhaps because one half of children surveyed had reported being bullied by their siblings, with one third noting that they were hit or punched by a brother or sister on a regular basis.

Hey, I didn't say it was all good stuff, right? A 2013 study conducted by the Ohio State University found that only children (as well as those with only one or two siblings) were more likely to divorce than kids from larger families, with each additional sibling lowering a person's likelihood of eventually divorcing by two percent.

Though theorists have posited that this has something to do with only children not learning the same kind of skills related to compromising as kids from larger family, I would personally attribute this divorce statistic to rampant stereotyping about only children and our personalities, which leads people to expect the worst from us (and also the fact that maybe our spouses keep touching the stuff on our desks EVEN THOUGH WE SPECIFICALLY TOLD THEM NOT TO, right? How many times do we need to go over this??).

7. We Do Better In School

An analysis of 115 different studies found that only and older children scored higher on achievement tests on average, including the National Merit Scholarship exam, than kids with more siblings. Only children also tend to get more post-secondary education than other kids.

So why don't you try to develop a new vision of the only child as a smart, happy, motivated, socially agile high achiever, instead of a friendless weirdo trapped in their own bizarre head? C'mon, give it a try. If you do, I might even let you sit in the chair that I usually reserve for Pinchers (HA HA JK NOT HAPPENING).