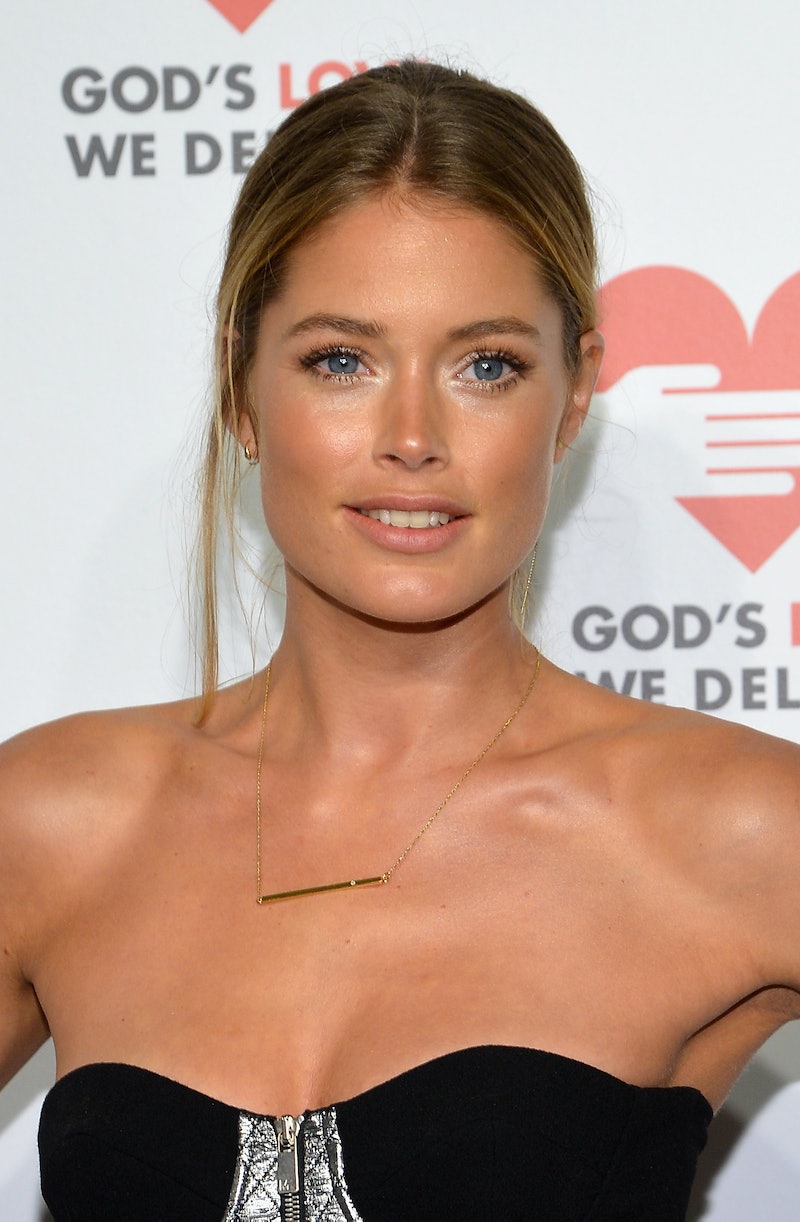 The modeling industry totally isn't partly to blame for the incredible pressure women feel to look Photoshop flawless, despite allowing models' photos to be Photoshopped ostensibly all the time. Right?

On Sunday, 28-year-old Victoria's Secret Angel Doutzen Kroes told Page Six, “Sometimes it makes me feel guilty now that I am in this profession that makes certain girls insecure." Kroes said in an interview:

I always say, I don’t look like the picture . . . If you put me in bad light with no hair and makeup, it’s not good . . . I wake up sometimes like, this is not what I see when I look at the magazine, who is this visitor in the bathroom?

As one of the top-earning models in the world, we doubt the Dutch supermodel will step aside, or start agreeing to only participate in campaigns that feature unretouched photos. It's pretty encouraging, though, to hear a comment like this from Kroes, and know the thought is kicking around in her consciousness — and likely that of her colleagues. It's about time a little cognitive dissonance hit the fashion world.