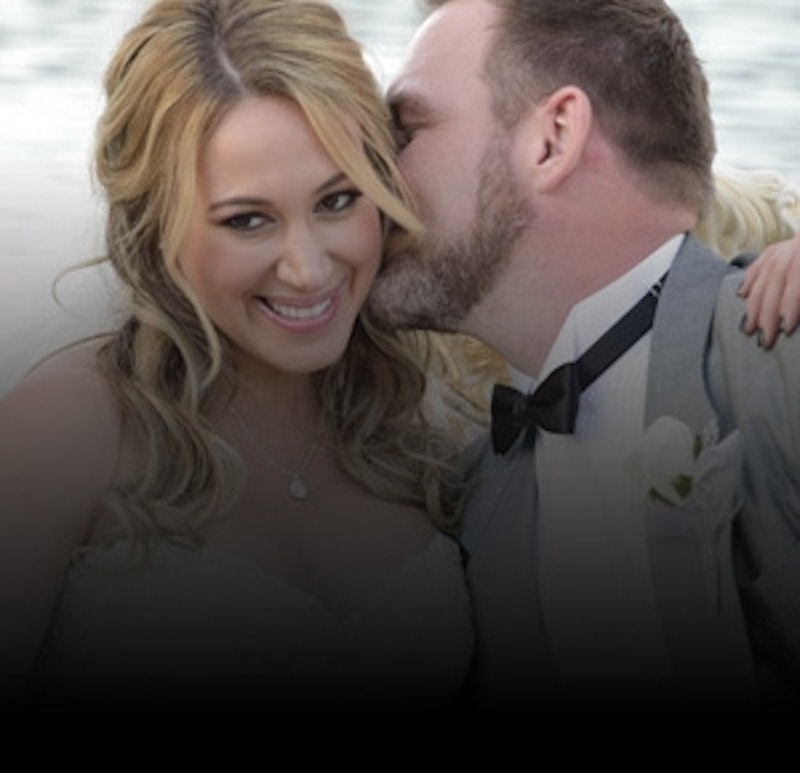 April Fool's Day pranks are usually reserved for April 1, but Lifetime saw fit to pull a fast one at the end of the month just to keep us all on our toes. If, as a fan of both Lifetime movies and Pennsatucky on Orange Is the New Black, you've had the April 25 premiere date of Cleveland Abduction written in your calendar for weeks — April Fools! — Til Death Do Us Part is going to air in that slot instead. Lifetime pushed the premiere of Cleveland Abduction to May 2. Darn! So what is Til Death Do Us Part , and is that also based on a true story?

Don't worry: If you wanted to watch a chilling story this Saturday, Til Death Do Us Part will definitely deliver on that front. The new movie is about a newlywed couple, played by Haylie Duff and Ty Olsson, who get married and move to a new town after only knowing each other for six months. Little by little, Duff's character starts to suspect that there's darkness in her husband's past, and starts to do a little digging into his background. Check out the trailer for Til Death Do Us Part below, but be warned, it might give you cold feet.

So is this movie ripped-from-the-headlines? Unlike Cleveland Abduction, Til Death Do Us Part isn't based on a true story. It looks like this tale of a marriage-gone-horribly-awry has more in common with Sleeping with the Enemy than anything from real life.

This isn't the first time that the elder Duff has appeared in a Lifetime movie. She also starred in All About Christmas Eve (also not based on a true story), where she played a party planner who had to choose between a project for a big client or a romantic getaway with a new romance. In true rom-com fashion, choosing one meant losing the other.

No word on whether or not her All About Christmas Eve love interest had a possible homicide in his past, but I'm hoping there was some kind of holiday miracle that pulled her out of that rock/hard place situation. And we'll all also have to wait and see if Santa (or some other benevolent being) can get her out of the marriage from Til Death Do Us Part.