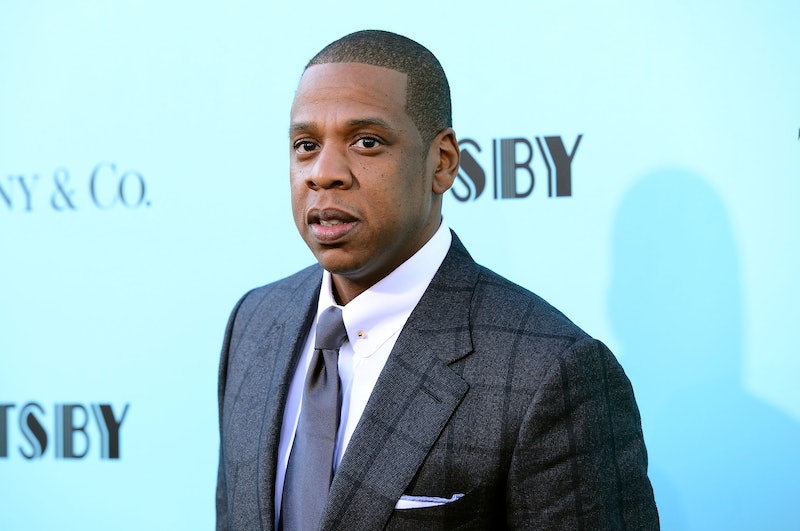 The Jay Z holiday collaboration with Barneys was going along swimmingly: it was designed to embody the energy of the NYC skyline, there was a 34K watch, and all was twinkling lights and cheer. Then, as always seems to happen in life, the proverbial nits hit the fan (that's the expression, right?).

First, Barneys was accused of racial profiling by two young black people who said they were detained by the police after making (separate) purchases of luxury items at Barneys. The shoppers were interrogated by the police about the legitimacy of their credit cards and their ability to make expensive purchases. Both are planning to sue Barneys.

Once these incidents came to light, Jay Z was publicly urged to abandon the Barneys collaboration — a Change.org petition calling for Mr. Carter to back away from the holiday collection has more than 19,000 signatures (and only needs about 6,000 more to be completed). Jay Z waited a while to respond to the outrage, leading to front-page criticism on the New York Daily News; when he did release a statement, it was noncommittal, though he did say that he wasn't "making a dime" on the collaboration (25 percent of proceeds will go to his Shawn Carter Foundation) and that he'd waited to weigh in on the tense issue because he is "waiting on facts and the outcome of a meeting between community leaders and Barneys." He also lashed back: "Why am I being demonized, denounced and thrown on the cover of a newspaper for not speaking immediately?"

Glance over fashion headlines from the past few months and you'll see just how trendy celebrity collaborations with high-end brands have become. Rihanna x MAC. MIA x Versus Versace. Kate Moss x Topshop. Sure, it's fantastic when these collaborations benefit a charity, but let's be honest about why they're so popular: They boost the résumé of the star, and they line the pockets of the brand. When they're good, they sell out fast. (Remember how you bought a tube of Riri Woo on clearance? I didn't think so — the Rihanna-branded lipstick sold out in three hours.)

It's hard to imagine that Jay Z will back out of this collaboration — it's simply too late to do so. The collection debuts in less than a month and the items are already prominently splashed all over Barneys' website. The most that the petition-signers can hope for a change to the way that luxury department stores are run — new employee standards to prevent racial profiling, for example. And Barneys would do well to consider donating a portion of the collaboration's proceeds to an organization that helps to prevent racial profiling.

But what's different about the Jay Z collaboration, as opposed to other ones mentioned above, is that his holiday collection for Barneys isn't necessarily for "fans." It's for Barneys shoppers. The two are not mutually exclusive, but the category of Barneys shopper is much more narrow, eliminating plenty of young people and minorities who make up a significant portion of Jay Z's fan base. (Real talk: Your grandma is not a Hova fan.) If Jay Z doesn't back out of the Barney's collab, he risks alienating the fans who've loved his music for years, from before he reached his current mega-mogul status — but does he risk his career or his pocketbook? Probably not, because he has the Barneys shopper in his corner.

Jay Z's image has gone from aspirational to inspirational to unattainable. He's still making music, but the center has shifted — his music is simply a part of his entrepreneurial empire now. And more power to him for that, but it's starting to look like he's transcended the need to please his fans. Does he need genuinely passionate fans who are just there for the music when he has the glitterati of New York City?