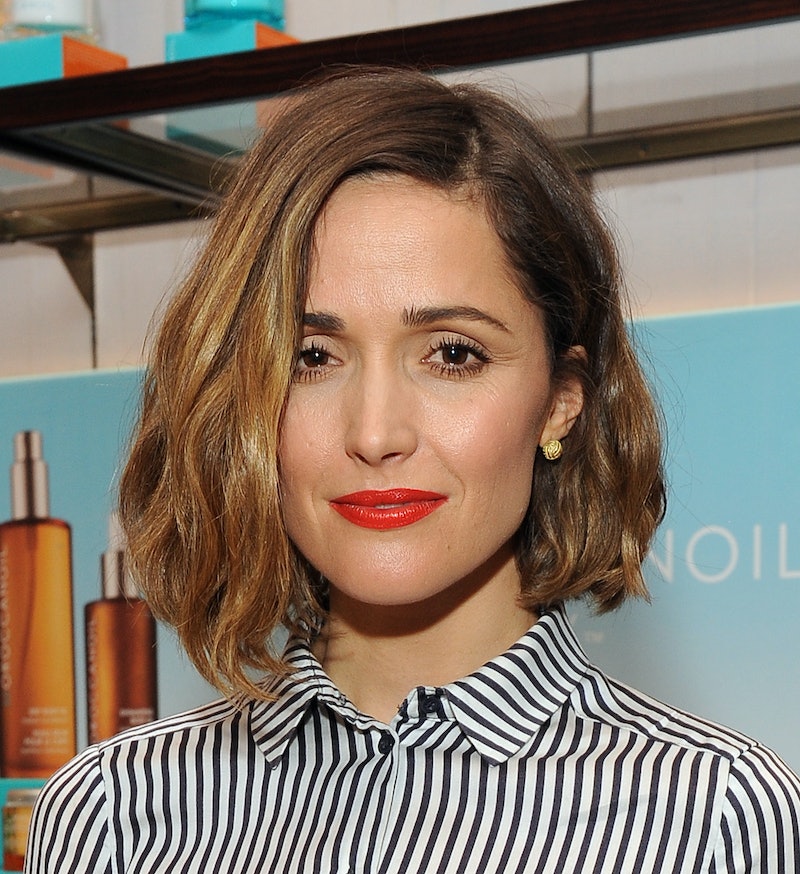 Rose Byrne is a treasure for many, many reasons, but her recent take down of the double standard for women in comedy proves just how badly the world needs her voice. She has the comedic skills to steal scenes from the likes of Kristen Wiig, Melissa McCarthy, Seth Rogen, and Maya Rudolph, and yet Rose Byrne is still being asked whether or not women are funny. The question in and of itself is an insult to women and to the entire field of comedic entertainment. Yet, time and time again, all of those "funny ladies," get asked that same tired, sexist, lazy question. And Rose Byrne simply has no time for that.

While being interviewed for the Australian Today talk show, host Richard Wilkins asked, "Is it harder for women to be funny?" Her response was pointed and absolutely perfect, "I think the perception is that it's harder for women to be funny... People are stilled surprised that women can be funny and successful... It's somehow still a subject of the conversation which I find baffling."

The segment begins with Wilkins noting that audiences and critics are often surprised by her turn as a comedic actress and the interviewer keeps going down the "Are women funny?" rabbit hole from there. The look on Byrne's face was so pained and bored, I couldn't help but feel for her while she had to go through the ridiculous task of explaining that women are, in fact, funny.

Her strongest point was to turn the conversation to the perception — that the public perceives women are not funny, mostly because the media keeps asking the question, which in itself infers that it's surprising if a woman is funny. She remarked, "It'll be exciting when people are not asking if women are funny." I couldn't agree more.

When referring to Bridesmaids Byrne said, "They certainly didn't ask the guys from The Hangover, wow, this is amazing five guys can be funny." She's exactly right, and that double standard isn't going anywhere until the questions, "Are women funny" and "Is it harder for women to be funny" are replaced with, "Why is there a double standard for women and comedy?" or better yet, "Tell me about your project." The work speaks for itself.

What's even more infuriating is the way this has been covered. The Daily Mail reported that Byrne "lashed out" at Wilkins. Kristen Wiig attacking a giant cookie in Bridesmaids is lashing out. I hardly consider Rose Byrne having a completely civil conversation the same thing. She even went so far as to tell Wilkins that she knew he didn't mean the questions to come across in an offensive way.

The fact of the matter is, the media plays a big role in how women are perceived for their work and their opinions. I, like Rose Byrne, will relish in the day when "women" and "comedy" will stop being framed as mutually exclusive.

Now let's all pretend the cookie is the patriarchy: