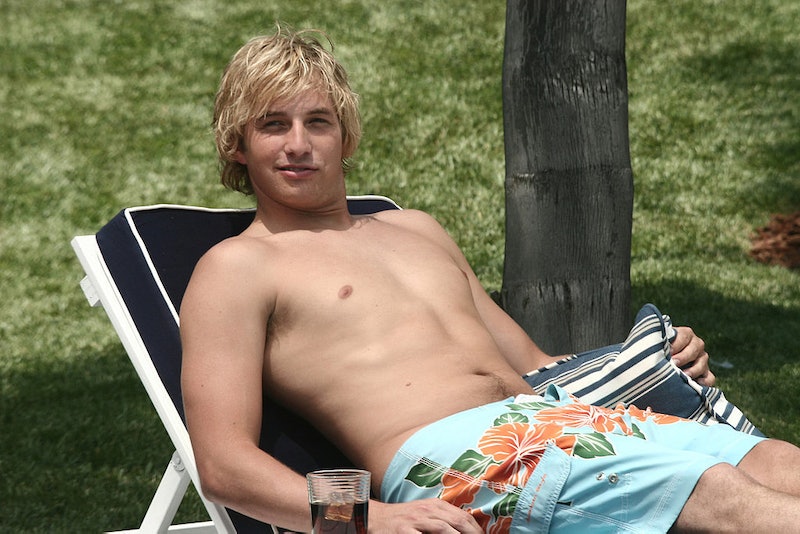 Blonde, brawny, and possibly lacking a brain, it probably comes as no surprise that Dick Casablancas is the break-out character of Veronica Mars. Acting as an avatar of rich California Frat Guys, he somehow still appeals to sharp-tongued lady buzzkills like myself. Though Dick is written to be a dim-witted jerk who is more prone to pulling Veronica's pigtails than even Logan Echolls, he's impossible to hate. This is probably credited to the man behind the man, Ryan Hansen, and the excellent writing that goes into every Veronica Mars episode. Hansen brings a perpetually fun-loving aspect to Dick that makes it hard to take your eyes off him, and vouching for the fun-loving side helped create the delightful and super-meta CW Seed spin-off Play It Again, Dick.

So, like I said, at the end of the day, I will admit Dick is amusing and impressively quotable, spouting out masterful bro-tastic lines, the fratty foil to Veronica's quick and sassy wit. Anything that came out of the his mouth could be captured onto a college boy's T-shirt. Hell, as Dick was no stranger to slogan shirts himself, maybe he would wear them, too.

Here are nine lines that I think you'll be seeing in Spencer's Gifts any day now.

1. “We’re young, single men in our sexual prime. And the only reason we’re not out there going hog wild is because of your feelings? What are we on The View? Am I Rosie O’Donnell?”

The Rosie O'Donnell bit might be a bit dated, but, otherwise, this properly sums up Dick's life philosophy. Feelings bad. Libido good.

2. "But, after we make someone pay, we're gonna get high and play Halo, right?"

The ideal game plan for every male, from greasy 9th graders to 32-year-olds living in their mom's basements.

3. "We're thinking about going to the swim team's beach blanket blow-out. You can wear your T-Shirt that says 'I'd rather be home crying.'"

This works out perfectly if you can actually get your lovelorn friend to wear an "I'd rather be home crying" tee to the swim team's beach blanket blow-out.

4. "Tonight we're gonna up-chuck the boogie to the rhythm of the boogity beat."

Perfect, it's always been a life long fantasy of mine to vomit boogie.

5. "Uh oh. Someone's got her eye on that Miss White Trash title."

I feel like this phrase is particularly uttered a lot at a Cancun Spring break wet t-shirt contest.

6. "Please tell me this is some new reality show called 'My Skank.'"

This is what happens when you try to get your boyfriend into your trashy addiction of Real Housewives of Jersey Shore. Incidentally, this was more successful than trying to sell Say Yes to the Dress to him.

God forbid someone treats their girlfriend or boyfriend with respect and attention.

8. "This new wetsuit is like a cheap hotel: no ballroom."

I have to give this one to him, this could be a great line for Dick's exclusive line of surfwear. (Side note, is surfwear a thing?)

I mean, doesn't it all boil down to that?