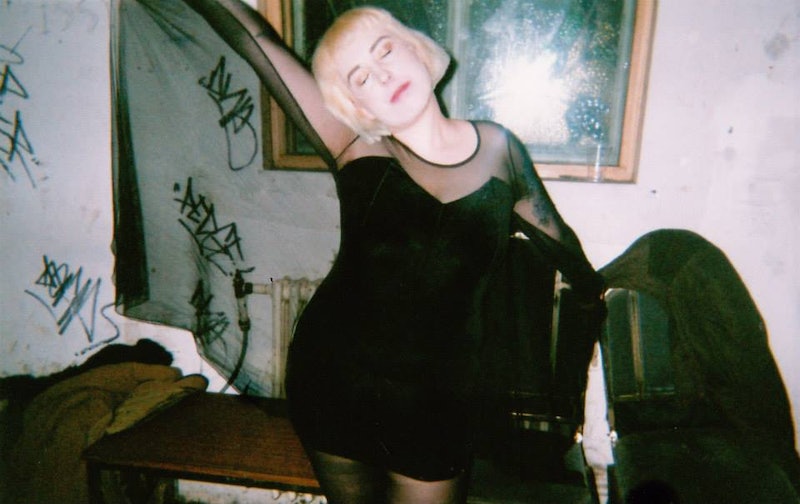 For a lot of people, not having a period for four months but knowing you're definitely not pregnant is a dream. When my body combined that with weight gain and hair where there was no hair before, however, it dawned on me that I was going to have to learn how to cope with Polycystic Ovarian Syndrome.

I feel like I’ve always known I’ve had this condition — when I was a kid I suffered from cysts and my mom muttered it as a possibility. When I was 17 and stopped taking the pill for seven months without getting a period, my doctor told me that 10 percent of women suffer from PCOS. I got put back on the pill just to regulate my periods and was told not to worry about it. So I shoved it to the back of my mind. I don’t want kids anyway, so who cares?

Until this year, that is, when I stopped taking my pill after I broke up with my boyfriend. I felt like five years on birth control was enough and that when the time came, I’d rethink my options. This time, however, I didn’t just get the added bonus of no menstruation, but my symptoms started to spread. Usually people complain that the oral contraceptive pill makes you gain weight, but when I stopped taking it, I gained about 15 pounds. On top of that, even as a woman who doesn’t shave, I found hair growth on my face and chin unsettling, if not upsetting.

(A self love lesson: If I wasn't such a cute fatty, I wouldn't have been able to buy this skirt for $7 in a TopShop sale. They only had my size left!)

Realistically, I’m going to be fine. There’s just a big difference between not wanting children and being unable to have them (or finding it very difficult to be able to have them). As a drama queen, I’ve loudly complained about my newly discovered condition but as a body positive princess, I’ve struggled again.

Although I’ve preached self-love for the past few years, I feel that I was only recently coming to actually love my body for what it is and who I am — for all its size, softness, and strength. Discovering I have PCOS initially set me back a few steps. I was reveling in every aspect of my body and who I am, but then "who I am" seemed to suddenly change.

Any weight gain would never have bothered me before — I haven’t weighed myself in years and gauge whether I’ve lost or gained by the tightness of my clothes and the position of my nipples — but now I felt at a loss. I’d been handed what some would consider a Get Out Of Jail Free card that I’d never asked for. Though I’d learned and accepted that I didn’t need to apologize or make excuses for my fat body, it felt as though my body had handed me its own excuse anyway. Instead of telling people to go f*ck themselves when they inquire/insult my weight, I could easily claim "it’s a medical condition," and gain sympathy instead (not something that I wanted, considering no one should have to make an "excuse" for their bodies, nor justify their weight).

(My VBO — visible belly outline — means that you can see more of the holographic effect on this dress? Dreamy!)

When I was a body dysmorphic, self-loathing 16-year-old, I probably would have done anything for an "out of my hands" excuse for my body. As a fat, happy 21-year-old, I’m proud that I can eschew this concept of having to give excuses for myself. Plus, it’d be a bit deluded to blame my ovaries for my poor diet, lack of exercise, and fat family genes. I can blame them for my weight being centered around my stomach, but even if my weight was more evenly distributed, I’d still have a soft, squishy, lovely tummy. I'd still love my soft, squishy, lovely tummy.

It could seem hypocritical that I could come to love the new perspective I’ve been forced into regarding my weight whilst still struggling with the facial hair. My body hair has always been contradictory, though. I haven't shaved anywhere since I moved to Manchester, U.K. almost three years ago. I decided nobody here knew me as somebody who shaved, so I wasn’t going to be somebody who shaved anymore. Yet, I’ve always regularly kept up waxing my mustache and plucking my eyebrows. My body hair makes me feel feminine but my facial hair leaves me fretting. Just as I’ve chosen to leave my legs hairy, I want to leave my face fuzz-free.

I guess I’m trying to not see this condition as my body fighting me but just another interesting aspect of what makes up me. As much as I’d love to be medication-free, that’s just not possible. But I’m stubborn. If I’m going to be myself, I want to only be myself. But just as I forced myself to take Prozac because I knew it would benefit me, I’m doing the same with my new contraceptive pill. I must be the only person on the planet who feels elated when their period comes (outside of the cramps, profuse bleeding, crying because my makeup won’t go on right). I feel in touch with my body and my body’s cycles — even if it is chemically induced.

This condition doesn’t change who I am because it’s been a part of who I am all along. Just because I’ve only just found it out doesn’t mean that I have to change my view on myself. It’s kind of like finding a freckle that you never knew existed — it was still always there and it’s always helped make up who you are. I’m not going to ignore this new aspect of my body but I’m not going to let it overtake my body, either.