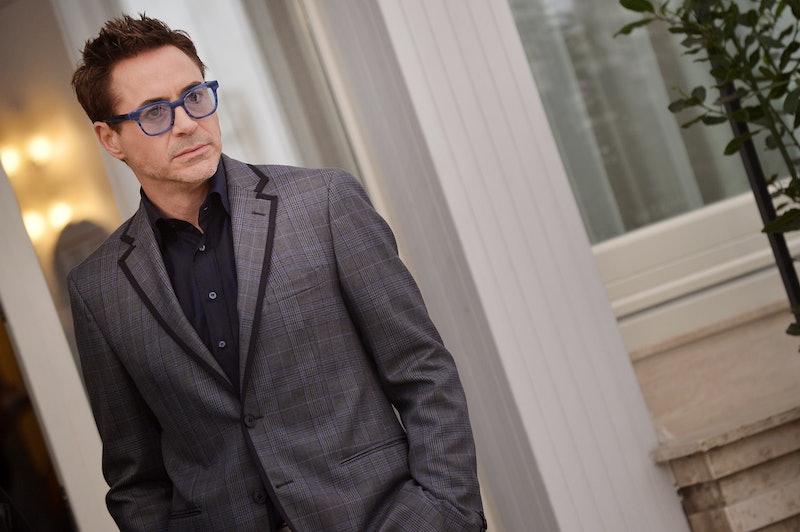 It takes a lot for someone like Robert Downey Jr. to lose his cool. As the Iron Man of the Marvel Cinematic Universe, he's had to deal with enthusiastic fans, hordes of press poking him for details on the latest Avengers movie, and the whole atmosphere of spoiler culture. It's part of the job description! So when Robert Downey Jr. completely walked out of an interview, British journalist Krishnan Guru-Murthy likely asked himself, "Was it something I said?" Well, it was!

The interview in question was recently published on the UK's Channel 4 News ahead of Avengers: Age of Ultron's upcoming release. It all begins fine and dandy. Guru-Murthy and Downey chat pretty casually about the character of Iron Man and his growth, any potential pressures of carrying the franchise, and links between Tony Stark and the actor himself. But things quickly became uncomfortable when Guru-Murthy brought up previous statements made by the actor.

As the reporter noted, Downey made statements to the New York Times after his incarceration that were along the lines of, "You can't go from a $2,000-a-night hotel suite to a penitentiary and understand it and come out a liberal." You can watch the full video below, but the awkwardness kicks off at the 3:57 mark.

Downey was clearly uncomfortable, as indicated by the faces he gave his publicist, but he answered the question about the quote, so Guru-Murthy continued on with his line of questioning. With each answer Downey became borderline passive-aggressive, even trying to laugh it off by asking, "Aren't we promoting a movie?" But then he began to lose his patience and dropped this bomb: "Your foot's starting to jump a little bit. You better get to your next question." From there, Guru-Murthy questioned the actor on his darker past, including his drug use, at which point the actor had finally had enough and walked up. After taking his mic off, he can be heard saying, "It was getting a little too Diane Sawyer..."

Guru-Murthy tweeted that this was "a steely moment from Ironman," but as Vulture noted, the reporter's slowly developing a pattern of ticking off his interview subjects. Back during the press tour for Django Unchained, Quentin Tarantino shut him down after he was questioned about the violent nature of his films. That said, do you think Guru-Murthy crossed a line with the Avengers star, or was RDJ's reaction uncalled for?

Regardless, it's probably not wise to get on Iron Man's bad side.