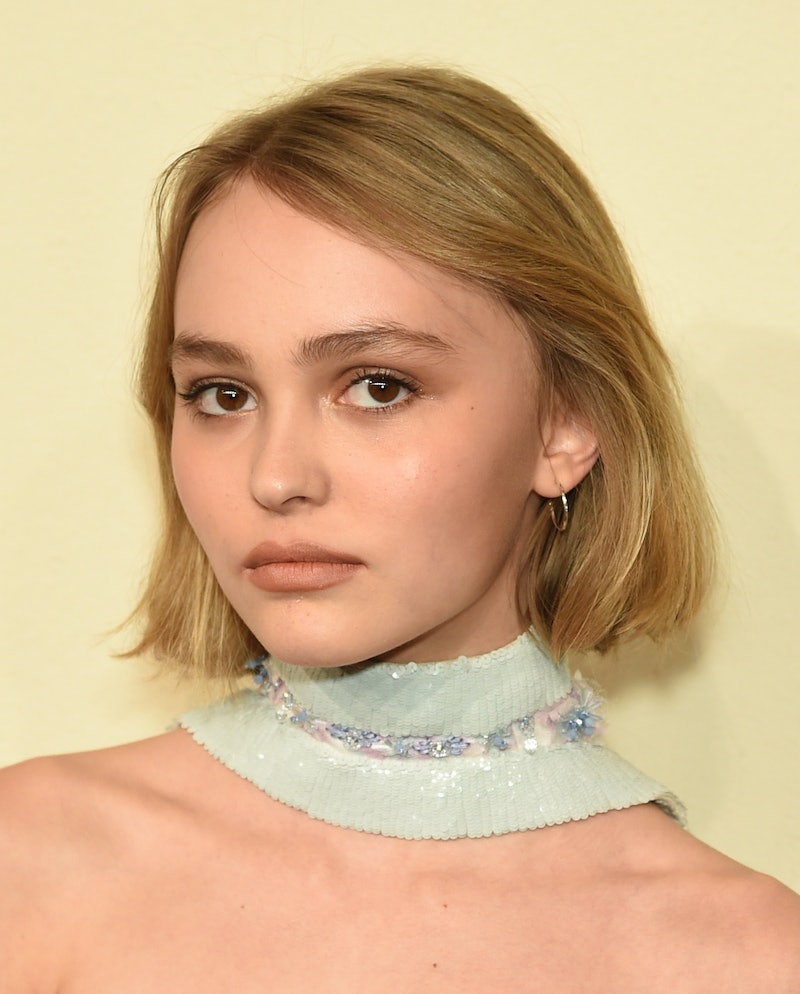 Most perfect teenager in the universe, Lily-Rose Depp landed a fashion editorial with Oyster magazine. That's right, in case those adolescent years weren't awkward and cringe-inducing enough for you, the 15-year-old daughter of Johnny Depp is here to make the comparison all the more brutal and unflattering. Depp first grabbed the industry's attention when she made her cultural debut at the Chanel Metiers D'Art show in New York with her mother, Vanessa Paradis.

Since then, designers, fashion magazines, and adults twice her age (myself included) have become completely obsessed with Depp's pouty lips and cheekbones for days that perfectly encapsulate both of her parents' undeniable appeal.

While most girls her age are just learning the fundamentals of makeup application, trying to successfully combat pimples, and make it through their first few years of high school unscathed, Lily-Rose is already poised to have a major supermodel moment. If the softly lit, romantic photos of Depp in the lush greenery of L.A. aren't enough to prove her ingenue bonafides, her brief online interview with the magazine should do the trick. The superstar scion told Oyster about her love for rapper Future, using blush as eyeshadow, and being more of an "LOL" than a "haha" kind of girl.

So, if I just follow this interview like a checklist and do everything Depp does, one day I'll grow up to be as cool as she is, right?

Here she is serving up some big hat realness:

Kate Moss better watch her back!