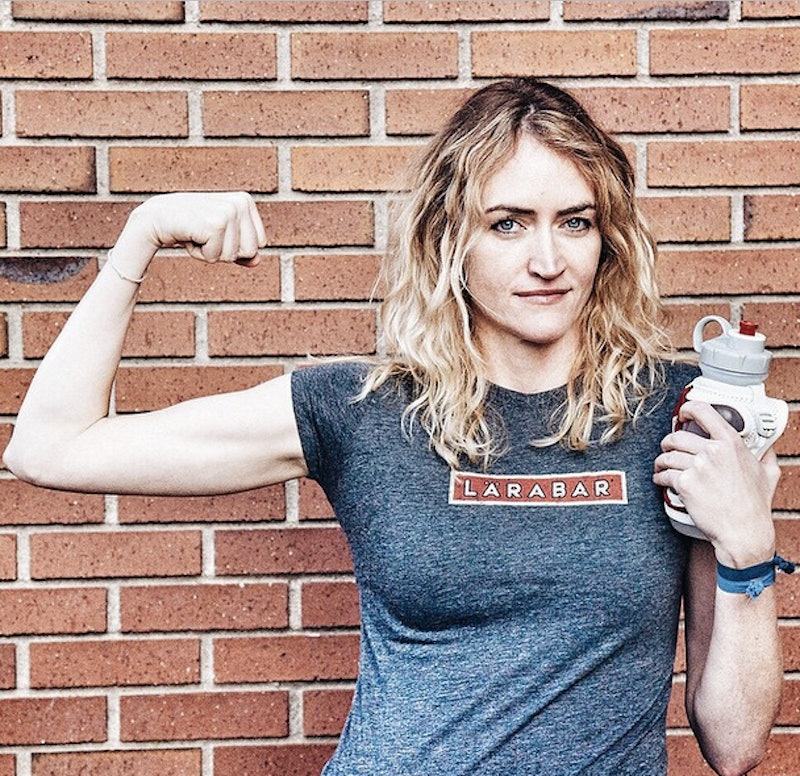 When Arianna Huffington's "social star" invitees to the 2015 White House Correspondents' Dinner were announced earlier this month, I recognized most of the names on the list — Bethany Mota, Sarah Koenig, Sean Parker — but I was pleasantly surprised to see that popular Dooce blogger Heather Armstrong was also on the invite list. Armstrong, the master behind one of the most popular parenting blogs in the world, has amassed an astonishing 1.5 million followers on Twitter and then some — and all it takes is one quick look at her blog to see why she has such mass appeal. The Salt Lake City resident's gorgeous photos and sharp wit make her a fun read even for those of us who don't have any kiddos to tote around just yet, so it's no wonder countless readers flock to her corner of the Internet on the reg.

After seeing she had been invited as one of Huffington's special guests, I decided to do a little recon, because as the Huffington Post mogul said about her fresh crop of Internet influencers, “There’s a new power center. People whose names you might not have heard of have tremendous power — and we want to know them."

So in the name of Arianna Huffington and not living in the dark, let me introduce you to Heather Armstrong, WHCD mystery woman du jour. Here's the 411:

Her site is called Dooce, named after her common misspelling of dude in office IMs back in the day, and as of the February 2011 New York Times profile on her, entitled "Queen of the Mommy Bloggers," it had 100,000 daily visitors — and with a current tally of 1.53 million Twitter followers, it's safe to say that number has grown.

2. She has two daughters

3. She's reminiscent of a Mormon Kelly Oxford — except she's not Mormon... anymore

Armstrong was raised Mormon in a small suburb outside of Memphis, Tennessee, and went on to attend college at Brigham Young University, which is owned and operated by The Church of Jesus Christ of Latter-day Saints. She left the church upon graduation and says of her current affiliation, "I am no longer a practicing Mormon or someone who believes that Rush Limbaugh speaks to God. My family is understandably disappointed." Also interesting is that Armstrong's Twitter following is more than double that of Oxford's — now that is some serious clout.

Armstrong's media prowess isn't just limited to the World Wide Web. In 2008, Kensington Books published her book of essays Things I Learned About My Dad: In Therapy, and then Simon Spotlight Entertainment published her second book It Sucked and Then I Cried: How I Had a Baby, a Breakdown, and a Much Needed Margarita , about her experience with postpartum depression, which hit No. 16 on the New York Times Bestseller List in 2009.

5. She lives in Salt Lake City

After graduating from BYU with her degree in English, Armstrong moved to Los Angeles, where she started her website "as a hobby" back in 2001. After she and her husband (now ex-) got married, they moved back to Salt Lake City, where they started their family.

I mean, yeah, all that is great and super impressive, but this sole image of her dog Chuck is probably why Arianna Huffington selected her, right? #SOCUTE