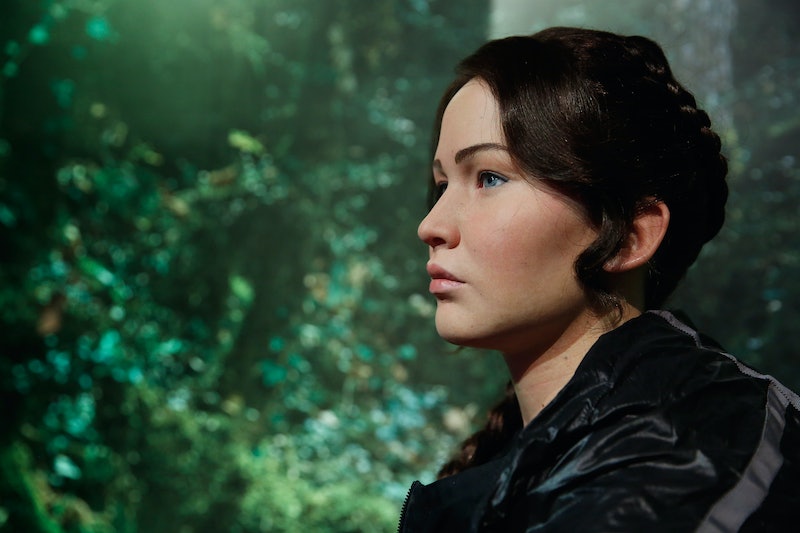 There has been a lot of talk the past few years about trying to get to know millennials and figure out what we're all about. But it turns out millennials might be old news already. According to Noreena Hertz, a professor at the College of London, the new generation to watch is Generation Katniss or Generation K. So do you have the honor of being part of the generation named for The Hunger Games Katniss Everdeen?

At the Women in the World Conference on Friday, Noreena, who has been looking into the phenomenon she calls Generation K for some time now, says that there are actually very noticeable differences between millennials, and kids who were born roughly between the years 1995 and 2002. Millennials were born in a time of great optimism. Our parents told us we could do anything, that the world was our oyster, and that everything was possible. But when you think about everything that's happened in the world between 1995 and now, it's not hard to see why Generation K grew up internalizing a very different message.

So are you part of Generation Katniss? And if you are, what does that mean? Well, here are some signs to look out for.

1. You're proficient with technology

Understandably, when you grow up with computers and smart phones, you are not only very proficient with technology, but also you like to use technology a lot. For kids in Generation K, technology is everything. It's not just about being able to play Candy Crush, it's about connecting with other people and being able to engage with the world. So if you can't imagine never having Internet again and the thought of losing your phone terrifies you, you definitely fit the Generation K profile.

2. You grew up with anxiety

Generation K grew up with 9/11, two ongoing foreign wars, recession, terrorism, you name it. And they also grew up having all those issues just a click away online. So it's no wonder that Generation K feels pretty anxious. According to Hertz, 85 percent of Generation K are very worried about finding a job. 77 percent are worried about debt. And in general, they are just generally very concerned about the state of the world. Given the state of the world during their formative years, can you blame them?

3. You're concerned with social issues

One of the biggest things Hertz says Generation K is concerned about is inequality, both economic and social inequality. They are appalled by the gender pay gap. The support trans rights. I can't wait for all of them to start voting.

According to Hertz's research, Generation K not only cares about the issues of the world, but wants to do something about them. Maybe it's because the Internet and social media makes it feel possible to reach out and have effects on people no matter where you are. Maybe it's just because human beings can only have so much evidence of problems in the world before you feel it is important to help. Whatever it is, Generation K is eager to get involved.

5. You believe you are unique

Asked to describe themselves in one word, Hertz says the most common response she got was "unique." But before you think this indicates Generation K thinks a lot of themselves, Hertz points out this also is part of their appreciation for diversity. Whereas other generations have wanted to cover up differences or encourage people to fit in and be the same, Generation K, more than any other, embraces difference, diversity, and independence. And they also might think a lot of themselves.

But then, maybe that's easy when you have such a cool name.