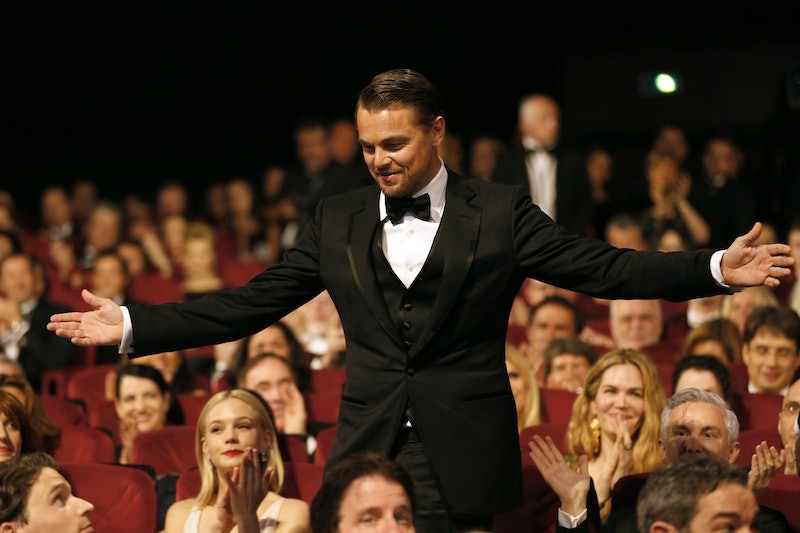 He's the king of the world! This remains true for both Jack Dawson in Titanic and Leonardo DiCaprio when he dances. Yes, DiCaprio is known for being a talented actor who can't help but get nominated for Golden Globe Awards and Oscars, and is also recognized for being a huge animal and environmental activist. However, did you know DiCaprio is also beloved for his dancing skills? That's right, Leo has moves like you've never seen.

Whether he's dancing it up at Coachella or showcasing his moves on the big screen, DiCaprio is quite the dancer. At times, his moves outshine his acting and that says a lot, because DiCaprio is a great actor. From being all romantic with Kate Winslet as Jack and Rose to busting out some sick dance moves in The Wolf of Wall Street, the actor doesn't hold back when it comes to expressing himself. Basically, he'd win at weddings and every other special event where there's dancing.

With that said, let's bask in the glory of the man that is Leonardo DiCaprio. Here are all the times DiCaprio danced in real life and on screen that proved he could totally win Dancing With the Stars.

When He Danced With Rose

Who could forget this dance?

When He Let Loose As Jordan Belfort

His Wolf of Wall Street dance will forever be memorable.

When He Fist Pumped At Coachella 2015

Sadly, there's no video of DiCaprio fist pumping at the music festival, so this photo will have to suffice.

When He Swayed With Cameron Diaz

If you're a Gangs of New York fan, then you'll recall the time DiCaprio and Diaz danced in the movie.

When He Took Coachella 2014 To A New Level

Of course, this shows the true nature of DiCaprio's dance skills.

Thank you, Leo, for making us to love dancing so much.