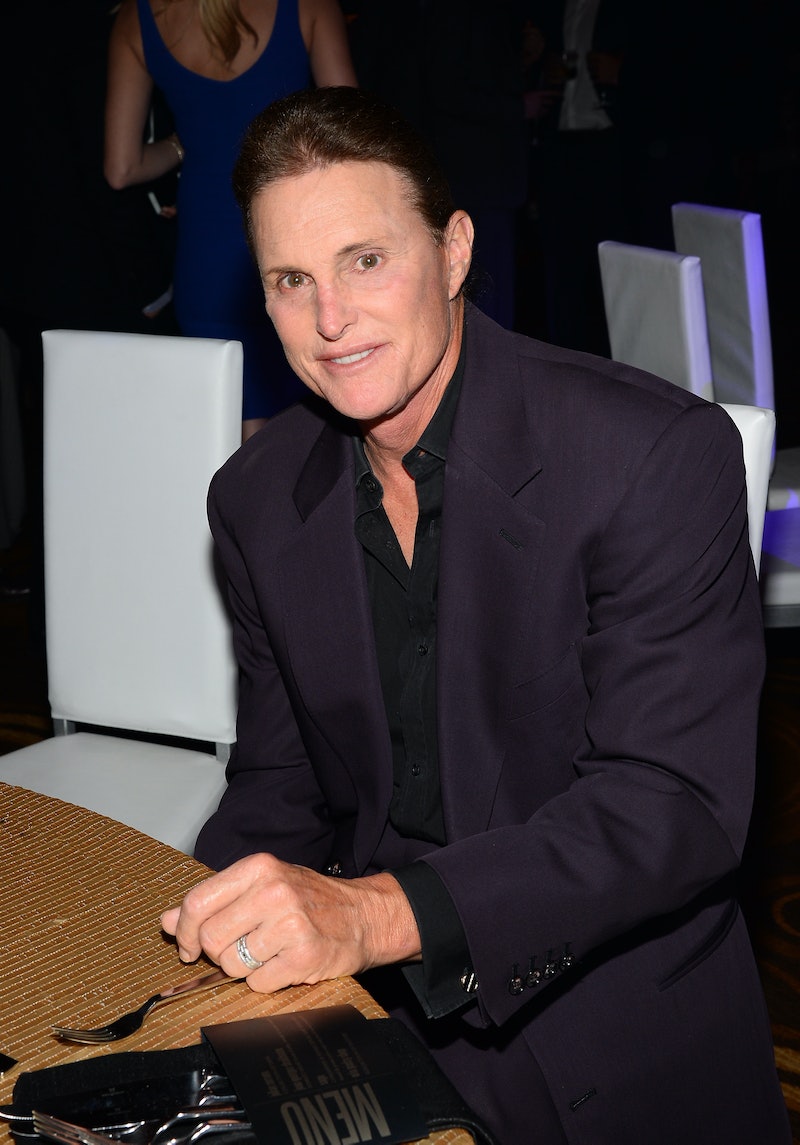 On the much anticipated Diane Sawyer interview, Bruce Jenner revealed that "for all intents and purposes, I am a woman." Now he's ready for everyone to know the truth. When Sawyer asked why he chose now to come out, Jenner said he was just tired of pretending. He was ready to re-emerge "as myself, isn't that great?" What's even better, however, is his attitude about the whole thing. Jenner's interview was totally inspiring, which is not surprising considering his post-Olympic career as a celebrated motivational speaker.

He has spent years talking to roomfuls of people, encouraging, motivating, and inspiring, and Jenner sees this interview as an opportunity to keep doing just that. "What I'm doing is going to do some good," Jenner said of the very public interview. "And we're going to change the world."

For such a famous person to go through such a personal journey in the spotlight will hopefully open a lot of people's eyes. His willingness to talk about his struggle in this kind of platform is inspiring. So, here are a few of the best quotes from the evening.

"You’re going back to the sex thing and it’s apples and oranges... Sexuality is who you are personally attracted to, who turns you on, male or female. Gender identity has to do with who you are as a person, your soul, and who you identify with inside."

Jenner wants people to understand that sexuality and gender are different things, and not always related to each other.

And Jenner deserves to be treated with the same respect as any other person.

"I want to do the right thing and be true to myself."

Jenner's honoring the true self that's always been inside.

"I couldn't take the walls constantly closing in on me. If I die ... I'd be so mad at myself that I didn't explore that side of me."

Sure, maybe it would have been less stressful to just keep being this persona of "Bruce," but Jenner didn't want to lose out on exploring the full range of who he is, and what it means to exist as himself.

"I look at this way. Bruce: always telling a lie. He's lived a lie his whole life about who he is. I can't do that any longer."

So, Jenner's finally telling the truth, which as we all know, usually feels really, really good.

"It’s not that I’m trying to dress up as a woman. It’s that I’ve spent my whole life dressing as a man."

Jenner's just allowing himself to now be the person he's always been.

"I'll always be there. I'm not going anywhere."

This is what Jenner told his children, and it's such a sweet, comforting comment.

"I had this feeling, kind of a revelation. Maybe this is my cause in life. This is why God put me on this earth is to deal with this issue."

Jenner's faith is very important to him, so he chooses to see this struggle as his mission in life.

That sounds like a great way to live your life.

"Have an open mind an open heart. I'm not this bad person, I'm just doing what I have to do."

Words of wisdom for so many situations.

And now it's time for Jenner to live life like the person that's always been inside.

"If this is the only problem I have in life, I’ve got it made. If it’s only this, I’ll be okay. I’ve got my health, I’ve got my children, I’ve got family, I’ve got seven grandkids now. I’m actually really excited about the future, about what I could do, to be able to do some real good in the world."

Jenner is such an inspiring person with a great outlook on life.

"I thought, 'Nah, I can't do something like [commit suicide].' I want to know how this story ends."

And now we get to see just how that story will go, and I'm so glad he's going to write the next chapter as the person he wants to be.

*Editor's Note: Per Jenner's stated preference, Bustle will continue referring to Jenner using he/his pronouns for the time being. We will follow his lead and make any changes to this policy as needed in the future