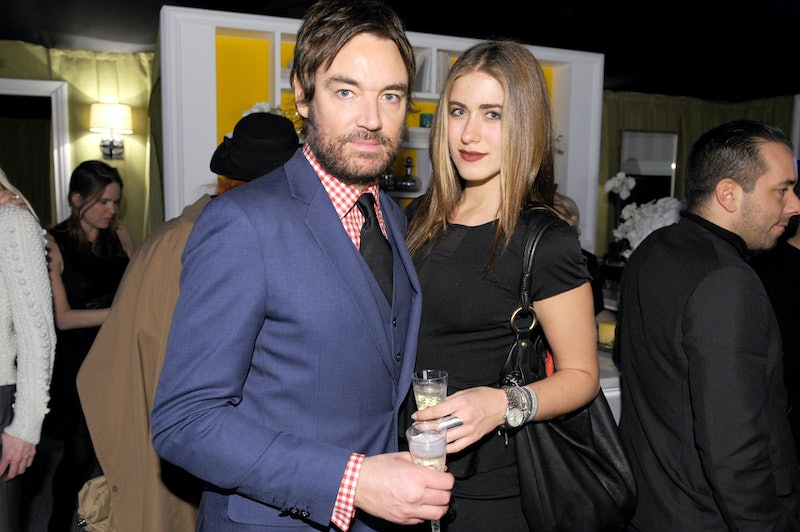 Whitney Sudler-Smith loves to claim that he's the "cool" member of the Southern Charm cast, with his tight pants and shaggy haircut, which totally defy the conservative sense of style that the rest of the cast tends to prefer. But looking at old pictures of Whitney, he's always been more of a southern mama's boy than he's willing to admit. And if Lady Pat Altschul was my mother, I'd probably want to be a mama's boy too. Whitney has changed significantly in terms of his look over the years — his Bravo-provided baby pictures are adorable and totally unrecognizable — and he definitely has gone through a major style evolution over the years. But whether he's in his rock 'n roll phase or a lil' cute blond baby nugget, Whitney has never been cool. Sorry, Charlie! Well-dressed? Sometimes. Well-manicured? Absolutely. But able to achieve the precise lack of caring that characterizes coolness? No way.

But Whitney hasn't made it easy to find pictures of his youth. This guy has scrubbed the internet for almost every reference to his time before Southern Charm. Thank goodness, Bravo has a collection of Whitney's personal photos, or there'd be nowhere to start.

He Was a Very Interesting Baby

All right, I can get into this. Check out that stylin' turtleneck and that thousand yard stare. That is a baby who might just push his mom down the stairs, and I'm loving it. It's freaky and that bowl cut is really on point.

He Was In An Angsty Band

He Became An Awkward Teen

This is like every awkward high school graduation senior photo. The suit is poorly fitted, and Pat looks like she's only smiling to keep from smacking someone.

And He Hasn't Stopped With The Photo Ops

Whitney just takes embarrassing pictures, and you can't grow out of that. Also, those jeans are never mandatory. Light wash, baggy fit, for a guy who made a fashion documentary. Take a journey through photos of young Whitney Sudler-Smith and you'll find the exact same mix of dork and rock as current Whitney.

Coolness Rating: The Singularity of Uncoolness