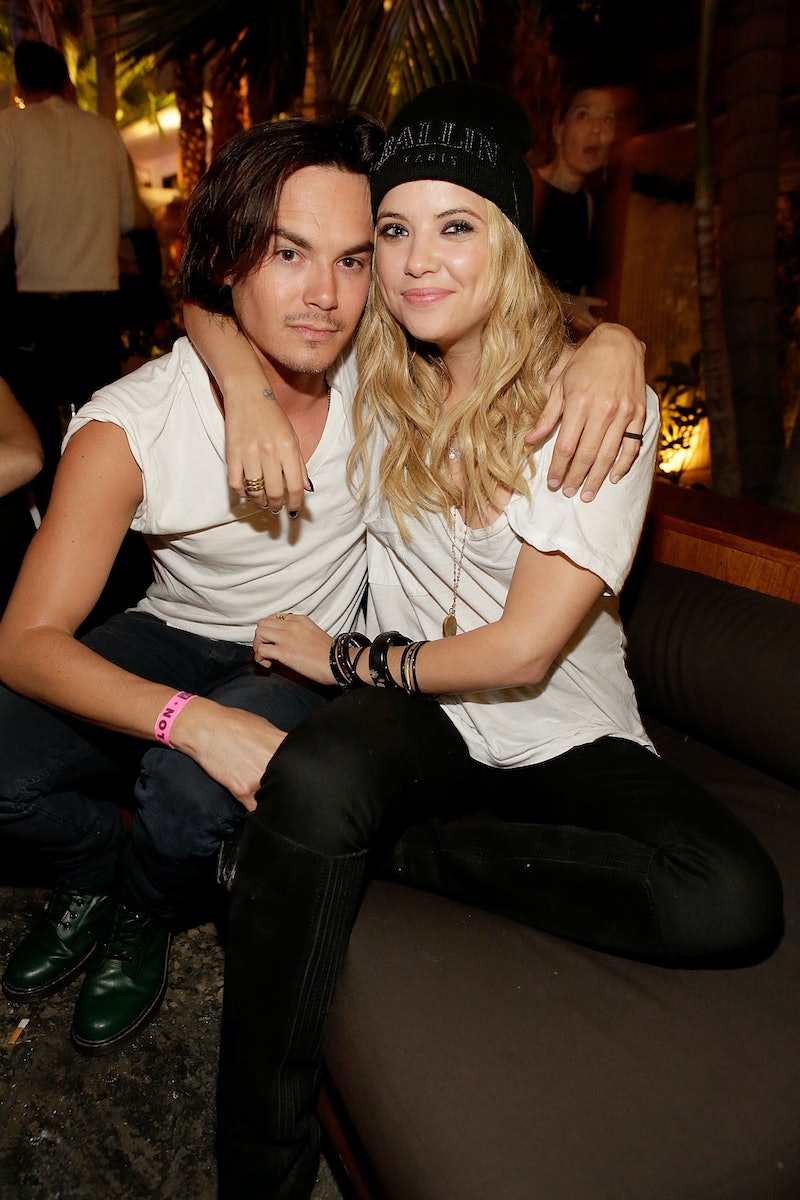 Not only do they have the best relationship on Pretty Little Liars , but Instagram proves that Ashley Benson and Tyler Blackburn have the best friendship off the show. They're basically Haleb in real life. (Don't get too excited though, they're sadly not dating. But I'll take them as BFFs any day.) Both of their Instagram accounts are peppered with photos of the two besties hanging out. Whether they're on-set filming, or heading to a concert together, Benson and Blackburn know how much their fans love Haleb — so, they make sure to document all their outings with photos.

But since the pair is basically Haleb themselves, I started to wonder if their real photos could ever be turned into fictional Pretty Little Liars plot points. After all, the two actors did recently reveal some pictures on Instagram that could indicate Haleb is having a baby — but those pics don't have to be the only PLL plot hints. I scrolled through years of the pair's pictures and found all the best Haleb ones. Then I dreamed up some PLL story lines based on what I saw.

So, if Benson and Blackburn's Instagram pics were Pretty Little Liars plot lines, here's what the show would look like.

In a rare break from getting tormented by A, someone actually finds the time to get married. Judging by the lack of Aria/Ezra or Spencer/Toby in these pictures I'm going to say it's one of those 'ships that finally walks down the aisle. The ceremony goes off without a hitch... until the bride finds a threatening note from A in the frosting of the wedding cake.

Hanna & Caleb Have A Baby

I'm pretty sure their pregnancy scare would be less of a "scare" and more of a "well, we love each other and this baby is going to be awesome" thing. That's just the kind of couple they are.

Ever The Doting Dad

As they prep for their little one, Caleb continues to show his sweet side by giving mom-to-be Hanna everything she needs (like massages and lunch dates.) For a while, even A doesn't bother them, because Haleb is too busy being perfect to care about A's threats anyway.

Hanna and Caleb track A to an electrical plant where they must narrowly avoid getting electrocuted in order to rescue some other member of the gang who was caught when they wandered off alone. (Stop separating when searching for clues, dammit.)

In their next move to commit to each other, the pair decide to adopt a dog. When A finds out, he attaches a note to the pup's collar threatening its life unless they return the dog. No one can be happy in Rosewood — not even pets. But Haleb would never put an animal in danger, so it was what they had to do.

In the newest Halloween episode, the Liars go Coachella chic. All of A's messages are delivered via indie song lyrics.

In a particularly dastardly prank, A glues Caleb and Hanna's tongues together. Will they starve to death? Will they break up when they get tired of one another's breath? Fortunately we don't have to find out because Smart!Spencer comes to their rescue with a nontoxic chemical solution to their problems. Haleb lives to make out another day.

After A threatens Hanna's life, Caleb suggests switching places. The two get realistic masks of each other's faces, and prepare for A's worst. Then, when A strikes, Caleb is able to thwart the attack with his manly strength, and A is none the wiser about their elaborate costume defense.

Figuring Out Aria Is A

After some serious sleuthing, Caleb, Hanna, and Emily think Aria is A. Here they are plotting against their former friend while she hangs out in the background foolishly believing her secret is still safe.

Just Kidding, Hilary Duff Is A

The former Disney Channel star is totally hiding a secret here, and it looks like Haleb is in on it. Maybe this whole time they've secretly been on the A-team. (They do seem to be wearing black jackets here...)

Desperate to maintain a semblance of normalcy in their relationship, Haleb takes a break from fighting A to go to a midnight movie premiere. Here they are waiting in line and getting bored and taking selfies. Almost like a real, normal couple!

In a time of weakness, Hanna resurrects her shoplifting habit and ropes Caleb in too. They make off with their spoils but get caught when A sends this thieving selfie to the store owners. Hanna's mom sleeps with the on-duty cop to get them both out of jail. She 'ships Haleb too much to see them go to separate prisons.

Travis comes back to try to break up Haleb and win Hanna's heart. Caleb and Travis duke it out and obvi Caleb is the victor.

Hanna and Caleb go to meet A in a hat store, but get bored waiting for A to show up. They try on a lot of hats.