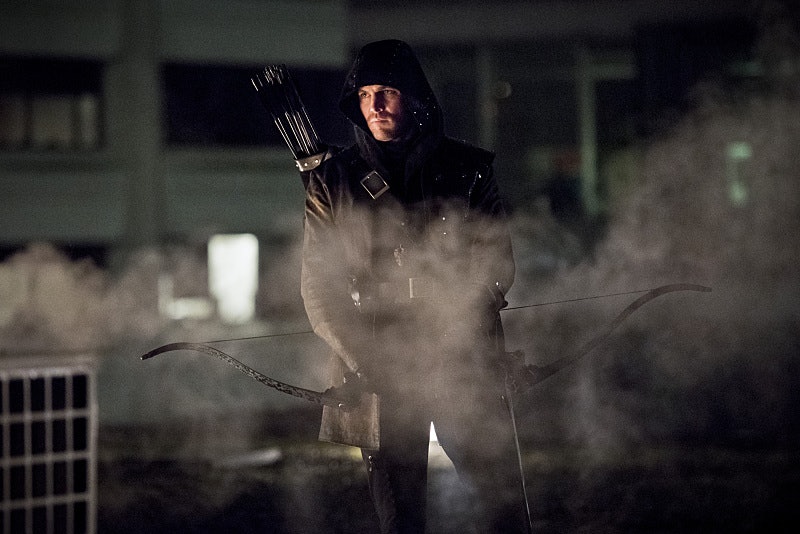 Change is never easy, but it's something Team Arrow is going to have to learn to deal with now that Oliver is an official member of the League of Assassins in preparation for becoming the next Ra's al Ghul. And even though his training has only just begun, his transformation is already well underway, starting in large part with his new identity, which was given to him at the end of last Wednesday's episode of "The Fallen." Oliver's League name is "Al Sah-Him," which just so happens to be the name of this week's episode. (What are the odds?!?!) Though, for those of you who are a little rusty on your Arabic or missed out on Ra's little speech last week, let me help to clarify one very important thing that's probably on your mind: "Al Sah-Him means "The Arrow" in Arabic, which you have to admit, seems right on target, so to speak.

Of course, Ra's is no stranger to doling out cool nicknames to fellow League members in the past. Oliver's friend Maseo is referred to as Sarab, meaning "Phantom," while Malcolm has been called Al Saher on multiple occasions, meaning "The Magician." This by itself, however, does not solidify Oliver's pending fate. Maseo and Malcolm still carry a part of their old selves within them, no matter how much Ra's has tried to force their old lives out, so I'm nowhere near convinced we've lost the Oliver we've come to know and love… at least, not yet.

But at the same time, I'm not going to lie. Things are definitely looking pretty bleak at this point regarding Oliver's trajectory as Heir to the Demon. As you can see from the image above, our vigilante has already been branded with the Arrow symbol on his back. (Because the poor guy apparently didn't already have enough scars on his gorgeous physique.) This serves as a representation that Oliver Queen is by all accounts dead, leaving just his identity as Arrow 2.0 in its place. But don't expect this to be the same hero that thinks with his heart and made a vow not to kill. No. I fear Oliver's judgement will become significantly altered throughout his dark transition and may even make him the target to Team Arrow's wrath.

Executive producer Marc Guggenheim revealed that the episode "Al Sah-Him" will introduce a new villain in the form of a very familiar face. "321 is a villain of the week episode," Guggenheim shared right before adding, "It just so happens that the villain of the week is Oliver." So that's going to make for an awkward little reunion. Do you think they're going to start referring to him as Al Sah-Him? Because that's going to be so weird. What's in a name, you may ask? Well, in Oliver's case, it may just be everything.