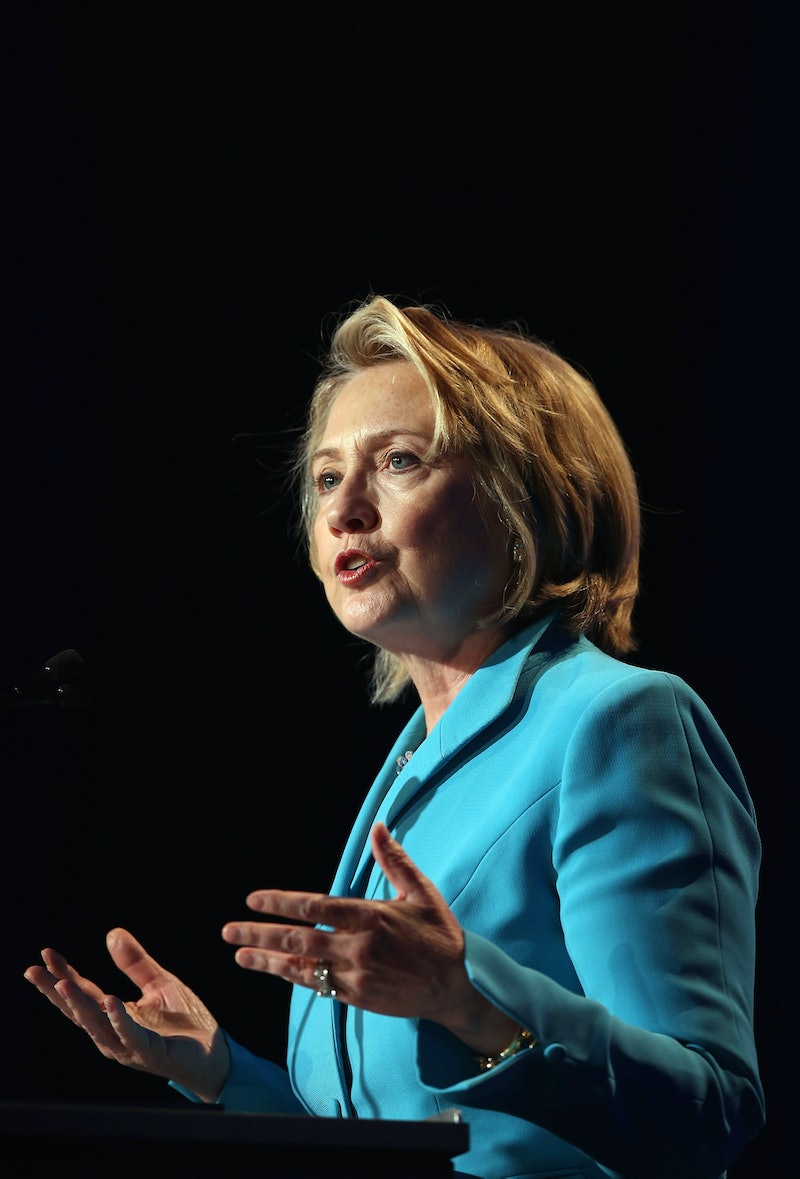 Although some of her future is still to be decided—at least according to her Twitter account—one group is already working to make sure Hillary Clinton isn't the next president.

On Thursday, Republican Super Political Action Committee (PAC) America Rising launched StopHillary2016.org. The site was formed to "prevent Americans from ever having to see another Clinton in the White House." (Perhaps they should be clearer about how they really feel, no?)

The website's homepage features a section for contributions "to be successful in defeating Hillary."

More from the statement: "We’ve seen what a President Hillary Clinton would be like from her time as Secretary of State. We can’t afford another Clinton administration after eight years of President Obama."

Clinton is already a big player in an election that has yet to take shape. Earlier this week she garnered support from a Super PAC urging her to run, as well as a ringing endorsement from Senator Claire McCaskill, a Missouri Democrat. In a statement on the Ready for Hillary website, McCaskill said, "It's important that we start early...so that if Hillary does decide to run, we'll be ready to help her win."

More like this
Iran Has Issued A Death Sentence Over Mahsa Amini Protests
By Catharina Cheung, Darshita Goyal and Maxine Harrison
Joe Lycett Just Took HIs David Beckham Qatar Protest To A Whole New Level
By Sophie McEvoy
PN Selfcare Is Here To Up Your At-Home Gel Manicure Game
By Justine Knight
Footballer Jake Daniels Shared His Thoughts On A World Cup Boycott
By Sam Ramsden
Get Even More From Bustle — Sign Up For The Newsletter