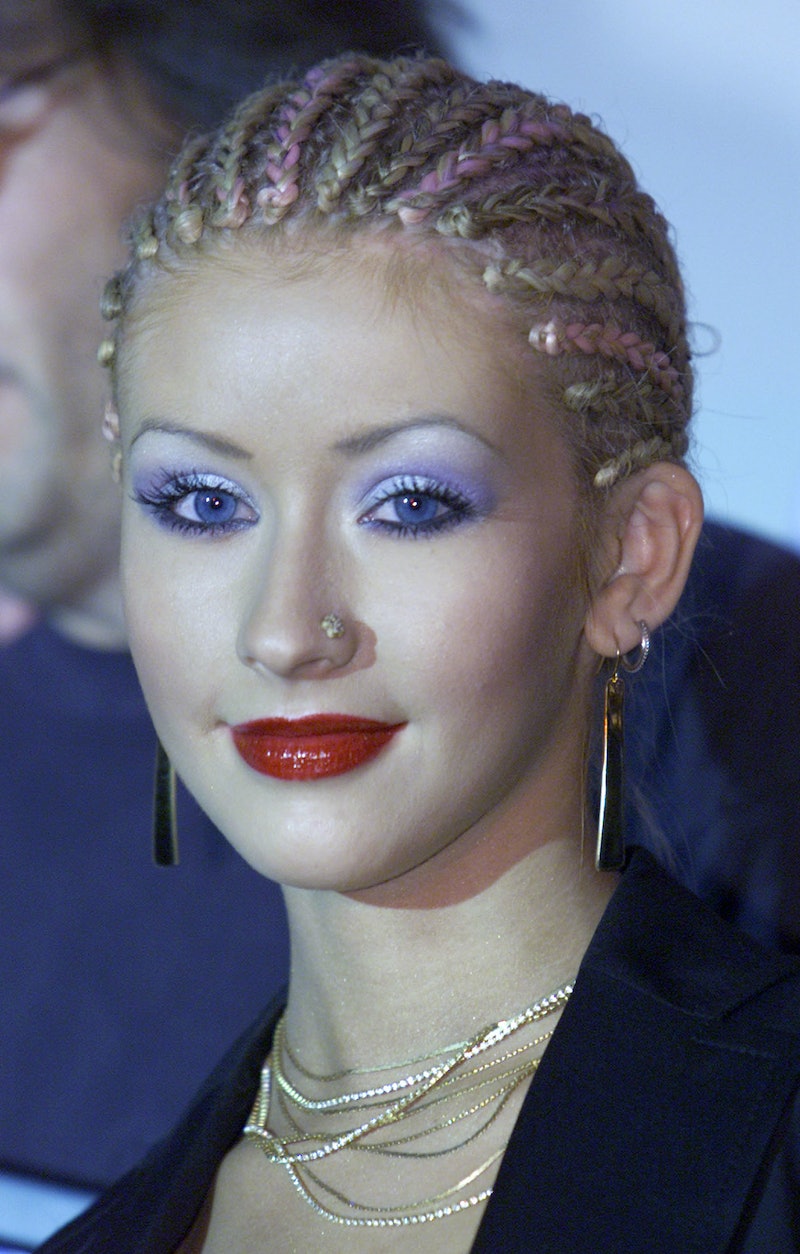 Unquestionably bizarre beauty shortcuts are a dime a dozen. For every piece of scientifically-verified aesthetic wisdom there are hundreds that have no logical basis, and could actually hurt your appearance rather than bolster it. The late '90s/early aughts was a trial period for such ridiculous beauty hacks; regardless of whether or not beauty advice is well-founded, there are always uninformed parties willing to test a trend if the results promised are worth the effort, and no one is more susceptible to beauty propaganda than teens.

While I'm sure there are a plethora of unverified beauty hacks utilized by teens today, those who hit adolescence during this time period experimented with some of the most mind-boggling shortcuts to date — without the benefit of YouTube tutorials to anticipate the end result. Consequently, cosmetic experimentation in the 1990s and early aughts truly was experimentation in the most accurate sense of the term. Life before the rise of video tutorials on the internet was incredibly mysterious, made more so by the number of teens sashaying about with Sun In highlights, sharpie tattoos, and iridescent eyeshadow. In honor of those who graduated from puberty without the aid of YouTube beauty vloggers or step-by-step cosmetic tutorials, read on for nine of the most unorthodox beauty hacks from the 1990s and early aughts.

2. Lemon Juice And Sun In Highlights To Achieve Beachy Strands

Admittedly, the lemon juice highlighting hack has provided sunbathers with lightened locks for more than two decades, but the popularity of striped strands in the early aughts caused an uptick in its usage.

3. Preparation H As A Quick Fix For Under Eye Swelling

Miss Congeniality offered beauty pageant bystanders an informative, if comical, peek into the competitive world, including the nugget of advice every sleep-deprived teen frantically scribbled in their day planner: Preparation H works wonders for under eye swelling. If you still employ the hack in desperate situations, no one is judging your choice.

If you were a tween in the early aughts, you likely witnessed the Wite-Out manicure, an intricate procedure undertaken to achieve French tips in the absence of ivory nail polish. The truly bold and brazen began the painting process during especially dull lectures, and shed the offending manicure by lunch.

To be a teenager is to manipulate the rules as far as possible without incurring the repercussions, or so I recall. If tattoos were off-limits, the next best thing was to create a faux stamp with a permanent marker.

Courtesy of eyeshadow-adoring celebrities including Jennifer Aniston and Angelina Jolie, the smokey eye achieved a grasp on beauty culture unparalleled in its strength. However, those newly imbued with the license to wear makeup found the technique convoluted at best, and impossible to achieve at worst. Thus began the tricolor smokey eye trend, which dictated that with three eyeshadow shades one could achieve a contoured eye. A neutral hue was to be used as a base color, a dark hue was needed to add depth to the socket, and a shimmering highlight drew light to the brow bone. In theory, the idea appeared foolproof. In reality, millions of teens exited their homes sporting three unblended stripes of eyeshadow garishly layered on their lids.

If your parents refused to allow permanent hair dye in the house, you may have reached for the Kool-Aid. While the Kool-Aid dye process was sticky and cumbersome, the electric end result proved satisfying for those intrigued by rebellion.

Loose, lackadaisical curls weren't always achievable through the use of an automatic curling iron or clamp-free heated barrel, and those in the know utilized empty cans or coffee tins to achieve lifted locks. The decision may not have been logical, but it yielded results.

If you somehow had possession of a BIC lighter before the age of 20, it was used to melt the wax of your lip liner or eyeliner for a more sultry, second-day smudged appearance.