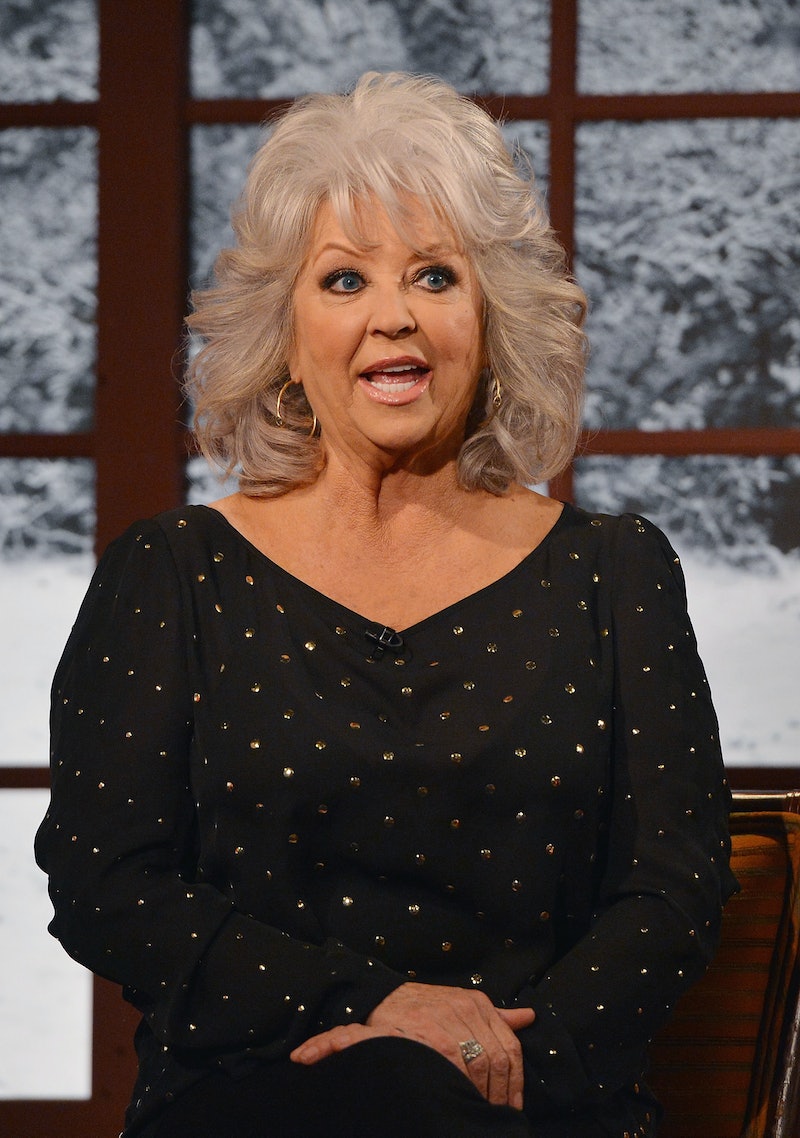 UPDATE: After releasing a second apology video, Deen was fired by the Food Network, who said they would not renew her contract at the end of this month.

EARLIER: Following the controversy over Paula Deen admitting to using the n-word in a deposition related to a lawsuit, the Food Network personality has issued an apology on tape. In a strange, seemingly edited 40-second response, Deen told fans and friends, "I want to apologize to everybody for the wrong that I've done. I want to learn and grow from this ... Inappropriate, hurtful language is totally, totally unacceptable. I've made plenty of mistakes along the way, but I bet you, my children, my team, my fans, my partners — I beg for your forgiveness. Please forgive me for the mistakes that I've made."

Shortly after making its way onto YouTube, the apology video was made private, but has since been made public again. Watch it below:

The TV personality canceled an appearance on Today Friday, citing exhaustion. The cancellation comes on the heels of the chef coming under fire for using derogatory language and throwing a "slave-themed" wedding for her son. Said Deen, "Most jokes are about Jewish people, rednecks, black folks ... They usually target, though, a group. Gays or straights, black, redneck, you know, I just don't know — I just don't know what to say. I can't, myself, determine what offends another person."

More like this
MOBO Awards Found Kanya King On The Woman Whose Grit & Determination Spur Her On
By Kanya King
Read Dan Levy's Heartbreaking Message After The Club Q Shooting
By Stephanie Topacio Long
The David Beckham Qatar Controversy, Explained
By Sophie McEvoy
Here's How To Support Jewish People Amid Rising Antisemitism
By Hannah Orenstein
Get Even More From Bustle — Sign Up For The Newsletter