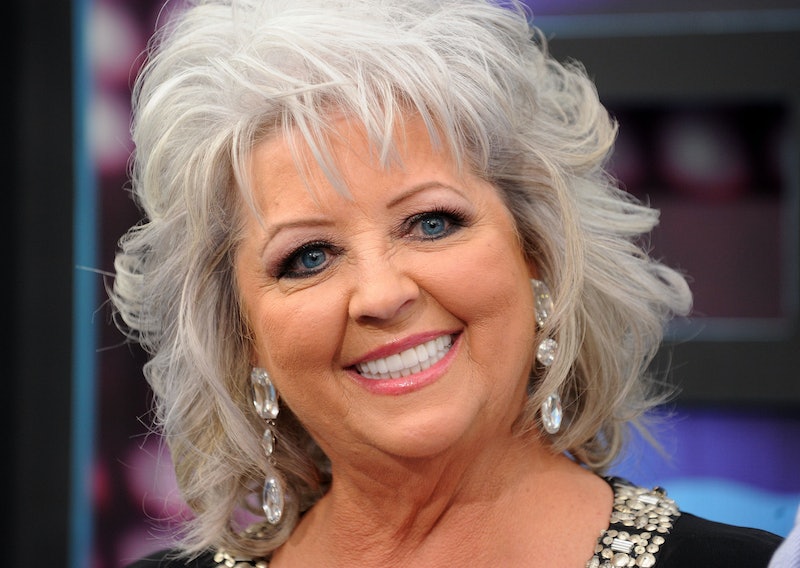 Food Network has dropped Paula Deen from the network. According to a press release obtained by Bustle.com, the network has decided not to renew its contract with the celebrity chef after it expires at the end of the month. Read the statement:

"Food Network will not renew Paula Deen's contract when it expires at the end of this month."

The announcement came within hours of Deen releasing two apology videos online after coming under fire for admitting to using the n-word. (The admission comes from a deposition related to a lawsuit filed against Deen by a former manager of her restaurant, who claims the star used derogatory terms and threw a slave-themed wedding for her son.) The first video was a bizarrely edited apology that asked fans to forgive her "for the mistakes that I've made," and the second was seemingly an apology to Matt Lauer, who she had snubbed this morning after being "physical incapable" of participating in an interview.

This is just the latest in a series of controversies involving the Food Network star. Deen has not only fought with other chefs like Anthony Bourdain over her kid's cookbook, Paula Deen's Cookbook for the Lunch-Box Set, which some claimed promoted obesity, but also courted controversy for endorsing an insulin brand after being diagnosed with diabetes.

Deen, who joined the channel in 1999, has not yet made a video about Food Network's decision.

More like this
A New Netflix Doc Will Explore The Unsolved Murder Of Jill Dando
By Sam Ramsden
Golden Globes Pianist Chloe Flower Reacts To Haters Who Think She Played Off Winners
By Alyssa Lapid
This First Look At 'The Gold' Shows Jack Lowden In A Whole New Light
By El Hunt and Sam Ramsden
A Teen Murder Victim's Horrific Diary Entry Helped Police Find Her Killer
By Brad Witter
Get Even More From Bustle — Sign Up For The Newsletter
From hair trends to relationship advice, our daily newsletter has everything you need to sound like a person who’s on TikTok, even if you aren’t.