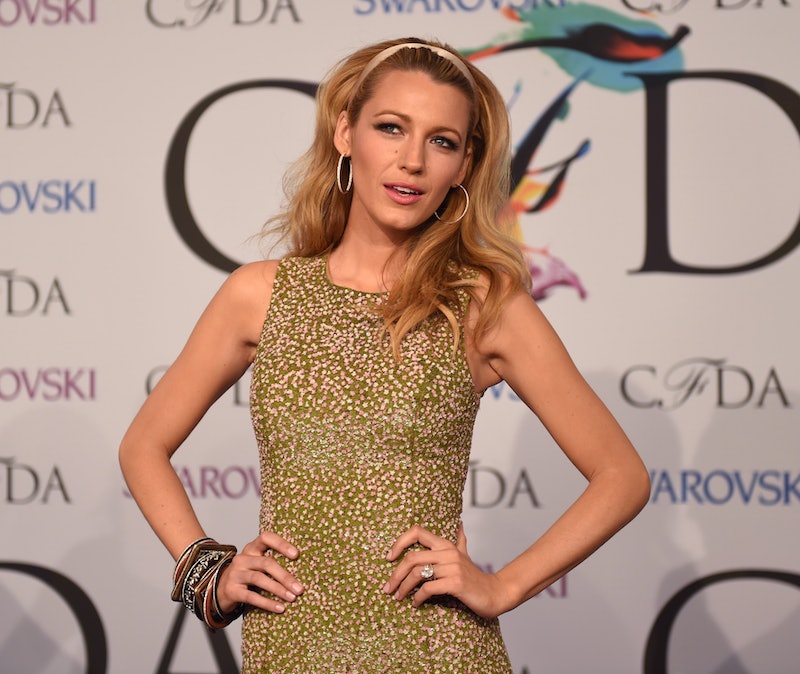 And we thought 5 outfits in one day was insane. Page Six is reporting that Blake Lively tried on 256 outfits for her Age of Adaline press tour to get down to the incredible 13 or so she selected for the entire three-day tour. And even though the ensembles she ended up choosing were obviously amazing, I'd be very interested to see the 240+ outfits that didn't get selected.

The craziest part? Those 256 outfits were actually part of an already narrowed down pool, the stunning actress told People. She originally chose over 500 — 500! — outfits, but only ended up calling in 256 to pick out the ones she would ultimately wear. The press tour was apparently supposed to last two weeks, but was shortened. Hey, if I were married to Ryan Reynolds and had a (presumably) adorable baby girl waiting for me at home, I wouldn't want to be away for two weeks either.

Lucky for Lively (as if she needs more luck), her sister Robyn helped her out when it came to actually trying the outfits on. Since they're the same size, the duo split up the work. I tell ya, what I would not give to try on half of Blake Lively's potential outfits...

It's well-known that Lively doesn't use a stylist on the reg, and I can see why — with spot-on fashion sense like hers, why would you ever pay someone else to tell you what to wear? As curious as I am about the outfits that got the axe, I trust that Lively chose the best of the bunch.