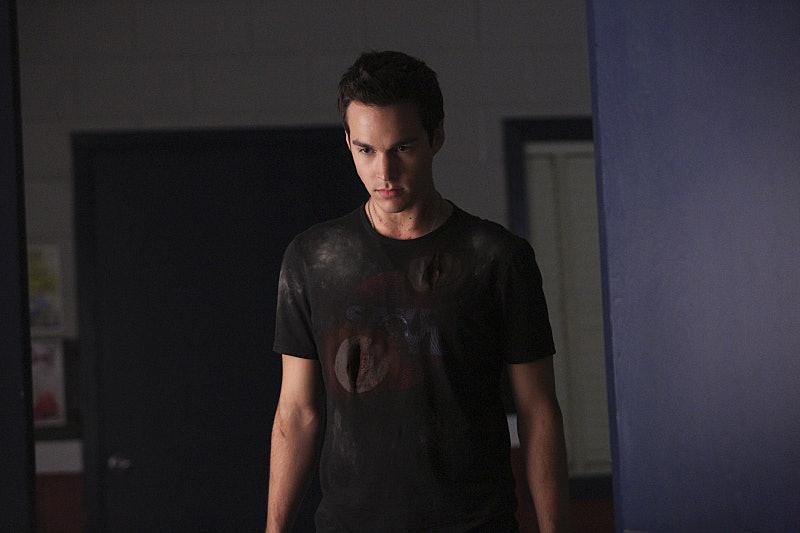 There's a new big bad in town on The Vampire Diaries, and I think they somehow might be the worst one yet. Details about them are scarce and truth be told, they are all the creepier because we don't actually know much about them. We know that they're called the Heretics (pretty ominous name), and we now know that Heretics on The Vampire Diaries are half vampire, half witch. It sounds impossible, but Lily Salvatore (crafty woman she is) managed to find a way. So they are mega-powerful, have an insatiable blood-thirst, and have I mentioned that they just got let out of prison? See why I'm so worried? That's all a recipe for death and destruction and they have still yet to reveal their true motives.

If there is one thing that we know it's that every great evil always wants something really specific. Katherine wanted Stefan. Klaus wanted the moonstone. Silas wanted life with Amara. All of these wants had deadly repercussions and I am dying to figure out who these people are and what their endgame is. While we wait for real answers, I have determined a list of possibilities for what the Heretics really want. I know that they're in Mystic Falls for a reason beyond Lily, and I'm determined to figure out what that reason is.

To Take Over As Sheriff

Because whoever runs the Sheriff's department pretty much runs the whole town. If the Heretics were in charge of the law enforcement they could go around killing and causing mayhem Damon-Season-1-style. Watch your back Matt Donovan!

Mystic Falls is a gold mine if you are in the market for either of these rare items. I bet they could even harness the two together and create a super-powered magical battery pack to keep their coven in magic for years! This also could be a solid reason why Elena high tails out of town by the end of the season.

To Kidnap Carolyn For New Orleans

Maybe this is wishful thinking for Caroline joining The Originals, but what if the Heretics are Team Klaroline? They could be plotting to take her away to join the war brewing in New Orleans and honestly... I would not hate it.

Doesn't every big magical spell need some sort of epic sacrifice to seal the deal? (Just once I'd like a "no drama" curse or hex. Just once.) They might be in Mystic Falls because they heard you can kill a crazy amount of people there and not once make national headlines.

This would be taking it a step too far, but I'm braced for a worst case scenario here. Plus Alaric has just been so happy with the wedding and the baby that I'm worried something terrible is going to happen. Yes, this is what years of watch The Vampire Diaries will do to your nerves. Hopefully they leave the little one out of it, I don't want to know what Alaric would do if they came for his family. We've already lost him once, I can't handle that again.