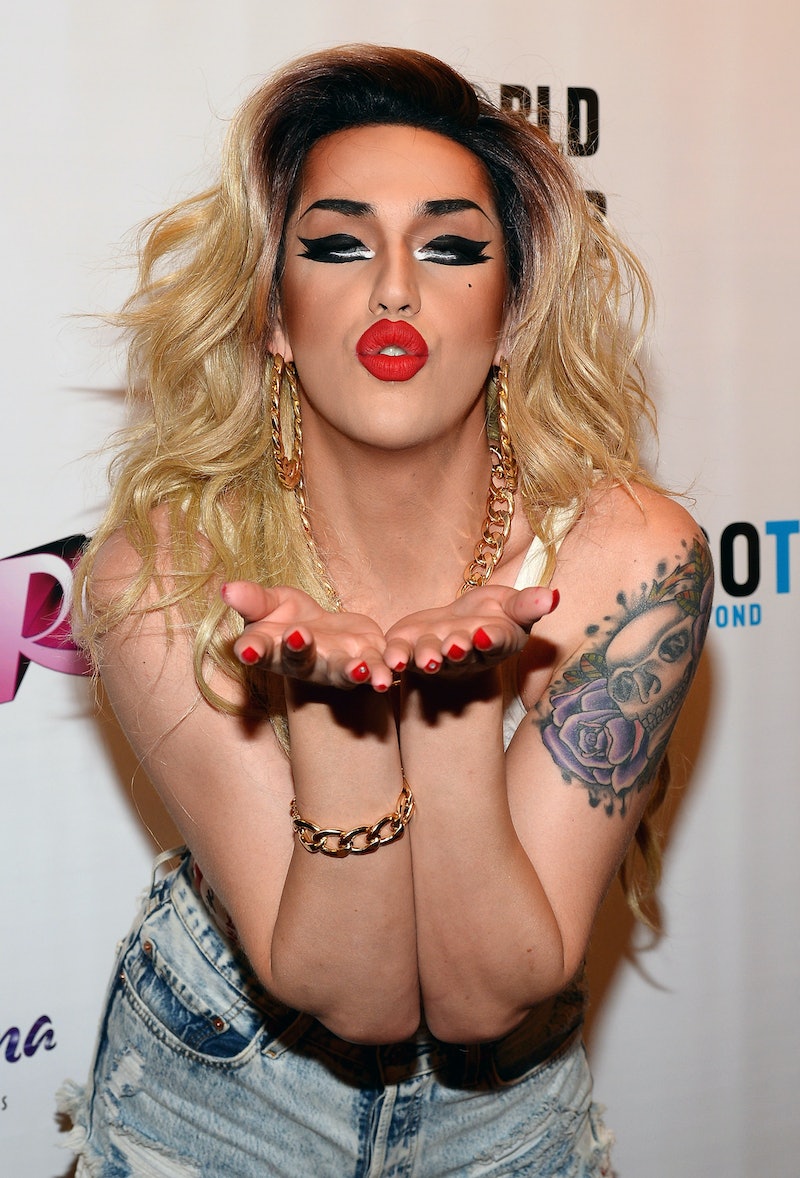 There are plenty of places these days from which to source body positive messages, but for me, life lessons from RuPaul's Drag Race is a major front runner. The show successfully melds together all the best aspects of reality television with the campiest parts of pop culture. Add in as many drag queens as you can and the result is as magical — dragical — as you could ever dream of!

As a teenager binge watching John Waters movies in the tiniest town in existence, I would have never imagined that one day I'd get to watch seven drag queens (who I'd be extremely emotionally invested in) perform even filthier, funnier routines on television than those Waters' characters could muster! Getting all the glitter, glam, and campiness of my soul's desires without even changing out of my pajamas would've felt like a fantasy!

That's not to say that Drag Race (and RuPaul) isn't without its faults. The show has offended and upset many since airing in 2009. But for me? I understand my fave is problematic, and being able to discuss the flaws in the things we love is key in enjoying any media. No matter what your opinion on the show, though, I've personally found through its lens positive life lessons that have honestly helped me in my day to day life.

The fat queens' outfits on Drag Race inspire me every day I look in my wardrobe and worry about back rolls. Not only is their love of their fat bodies inspiring, but the looks they create for their shapes inspire me even more! I'm still screaming after Ginger Minj's leather and lace look. Ginger's calling out of thin privilege in Drag Race Untucked also made me die — the reality is that it is so much easier for skinnier queens (and gals) to strut around in their underwear and look/feel great! But if Ginger did it, I know I'd love it so much more.

Because "if you don't love yourself, how in the hell are you gonna love somebody else?" (Can I get an amen!) I want this quote on my gravestone because it is so true. Self love is the key to genuine happiness. You could have a hundred adoring fans but until you're comfortable with yourself, what does it matter? RuPaul reminds us to be confident and happy in the home that is our bodies.

RuPaul's Drag Race consistently has a hugely diverse cast: from size and ethnicity and even to gender. The contestants support each other in every aspect of their differences and love each other for it! We can't just celebrate our own charisma, uniqueness, nerve, and talent — we need to celebrate everybody else's!

4. You Can Get Through Anything

The queens on the show don't have sob stories; they have life experiences that make you want to fall to the ground and cry for four days over the fact that somebody so focused on making people happy had to go through some of these things.

They often discuss their battles with self hate or homophobia, as well as scarier topics like death or family. If you can get through that kind of pain, you can get through anything! Haters gonna hate and if you're going to go through horrible shit because of who you are, then come out of it at the other side still being who you are. Whether we're talking about a bad outfit, flashbacks to brutal bullying, or anything else, believe you can overcome it, because you can.

There's no such thing as too much glitter — similarly, there's no such thing as too much lace, holographic prints, leather, pleather, latex, makeup, hairspray, or anything else. Even if it's just to encourage you to wear a short skirt as well as a low cut t-shirt, a risk is a risk and you definitely look gorgeous. Even if I were forced to "lip sing for my life" because of my ridiculous fashion sense, I'd still feel sickening!