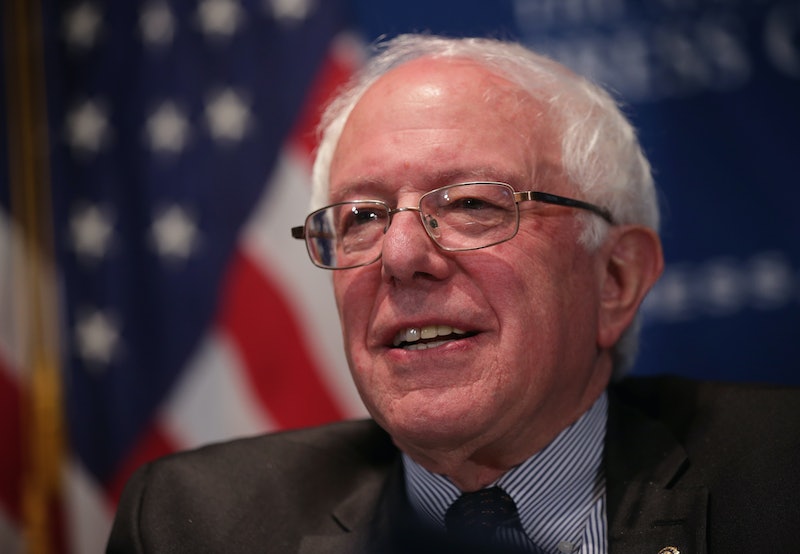 By now we’ve all become a little more familiar with Vermont Senator Bernie Sanders, due in no small part to his recently announced bid to run for president in 2016. But what about his older brother, Larry? The elder Sanders is running for the United Kingdom Parliament as a Green Party candidate in a traditionally conservative constituency. As the National Journal details, Bernie and Larry Sanders are brothers who were raised in New York, don spectacles, and subscribe to far-left of mainstream politics that some say rule them out as serious candidates.

The story of two progressively-minded brothers running in long-shot races on either side of the Atlantic has Washington reeling. Mostly because very little is known of Bernie Sanders’ counterpart across the pond. Which, of course, doesn’t stop us from filling in the Larry vs. Bernie Venn diagram. Both got their start in local politics in entirely different places. The older Sanders left New York for Great Britain in 1969; the younger Sanders relocated to Vermont after graduating from the University of Chicago in 1964. Bernie Sanders began his political career as mayor of Burlington, Vermont. Larry served in the Oxford County Council from 2005 through 2013, during which he also headed the Green Group.

The platform detailed in Larry Sanders' parliamentary campaign site has progressive themes remarkably in line with those of his younger brother. Both brothers bemoan the wealth gap, tax breaks for the wealthy, the lack of affordable housing, and cuts in public services in their respective nations. Great Britain’s National Healthcare System is beginning to privatize, which Larry Sanders is against. Given the fact that his brother Bernie supports a single-payer, universal healthcare system, this is no surprise.

In his response to the British equivalent of “Why are you running for office?” Larry Sanders called attention to inequality due to policies regarding regarding wealth, poverty, public services, taxes, climate change, and renewable energy. He gave the following response on the Oxfordshire Green Party website:

Only one Party, the Green Party, has policies to correct these stupidities and injustices. And, our policies are popular- once people get a chance to consider them. I want to use my role as a Parliamentary candidate to attempt to get those policies across to the largest number of people.

Larry Sanders began to cry during a BBC radio show on Thursday after being asked to tell listeners something interesting about himself. “My brother announced just today that he is running to be President of the United States,” he told the BBC.

According to The Daily Telegraph, Larry was the one who inspired a lot of Bernie’s ideas.

Fans of the Sanders brothers (or at least of the epic SNL sketches of a zany liberal American president and his equally zany liberal British parliamentarian brother across the pond will no doubt yield) may have a while to wait. Polling in both continents give the Sanders brothers a slim shot at winning their respective races. Bernie’s challenge is that he’s up against, well, Hillary Clinton. As for the elder Sanders, he is running for Oxford West and Abingdon, a seat that heavily favors its conservative incumbent.

Larry Sanders' race is due to end on May 7. It’ll more than likely be the most closely-watched UK Parliament race in the United States. Maybe it has something to do with the fact that a 34-year-old resident of Oxford West and Abingdon re-created all the parliamentary candidates in Lego?