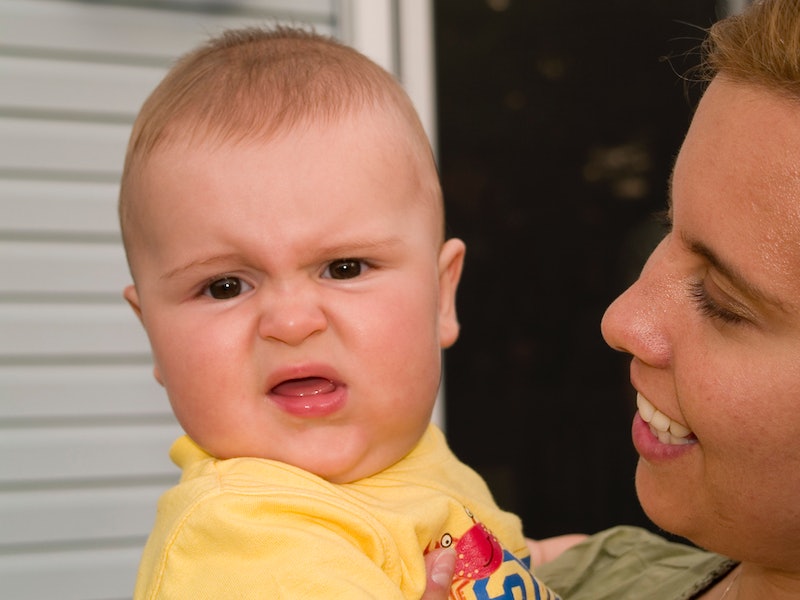 Posted by Redditor srg99 last night, the thread's prompt simply asks, “What's something that sucks about parenting that nobody talks about?” The many parents who frequent Reddit came out in full force to answer, with everything from mild annoyances to big picture problems painting a picture of both what those who already have children deal with every day, and what those who don't have them yet, but plan to, have to look forward to in the future. Or fear in the future. Or perhaps most accurately, a combination of both.

I'll be honest: While the answers in the thread are among the many things that scare me to death about the idea of raising kids, what I find scariest of all is the whole “not talking about it” thing. Parenting, while awesome, isn't the proverbial bed of roses — it's the literal bed of rose: Beautiful, but not without a ton of sharp, pointy bits that can hurt like the devil. And I feel like it's high time that we all acknowledged that this is the case.

Here are 12 highlights; head on over to AskReddit for more things that suck about parenting that no one ever talks about. Let's start talking about them, shall we?

Apparently play dates are a nightmare. I mean, they're necessary… but they're still a nightmare. However, even these horrors pale in comparison to…

The important thing to note here, though, is that it's OK if the first moment isn't magical. A Redditor going by the delightful name of CrabFarts also adds this essential piece of information:

That? Might be the best piece of practical, brand new parent advice ever. Sleep now, because you won't get a chance to again for a long, long time.

4. Parents Have Separation Anxiety, Too

It's a vicious cycle.

5. Often Babies Just Need To Cry, And There's Nothing You Can Do About It

Babies don't have an off switch. Intellectually we understand this — but when you've been dealing a baby who's been screaming his or her head off for hours on end, it's worth taking a moment to remind yourself of it. Vivagypsy elaborated on it with a useful frame of reference:

For the curious, ELI5 stands for “explain like I'm five”; there's an entire subreddit devoted to explaining difficult to understand topics like the person asking the question is five years old, and it's kind of amazing. However, trying to explain difficult to understand topics to an actual five-year-old? Hoo boy. I imagine this accounts for the majority of weird lies parents tell their kids.

7. Mama and Papa Bear Instincts Can Be Tough To Manage

The need to protect your offspring is strong — but the means by which your instincts say to do it aren't always the most logical.

8. Kids Have No Filter

And it's even more awkward when they say stuff like this to anyone or around anyone who isn't their parents.

If hell is other people, the ninth level of it must be other people who do all of these things.

But, similarly to the fact that the first moment isn't always magical, this is OK. We don't like everyone all the time; heck, we don't even like ourselves all the time. And it's fine.

This one sucks especially hard for people who already feel like this in relation to themselves all the time, let alone about someone else.

Knowing you've raised your kids as well as you could and that they're out there functioning in the world seems like it'd feel pretty awesome… but then there's also this side of the whole thing. It's bittersweet, is it not?

More like this
8 Completely Unserious Tips To Make Your Cuffing Season A Success
By Ginny Hogan
10 Ways To Be More Empathetic To Your Partner
By Raven Ishak and Lexi Inks
The 19 Best Tweets & Memes About Bisexual Awareness Week
By Lexi Inks
The Spiritual Meaning Of Angel Number 000, Explained
By Kristine Fellizar
Get Even More From Bustle — Sign Up For The Newsletter