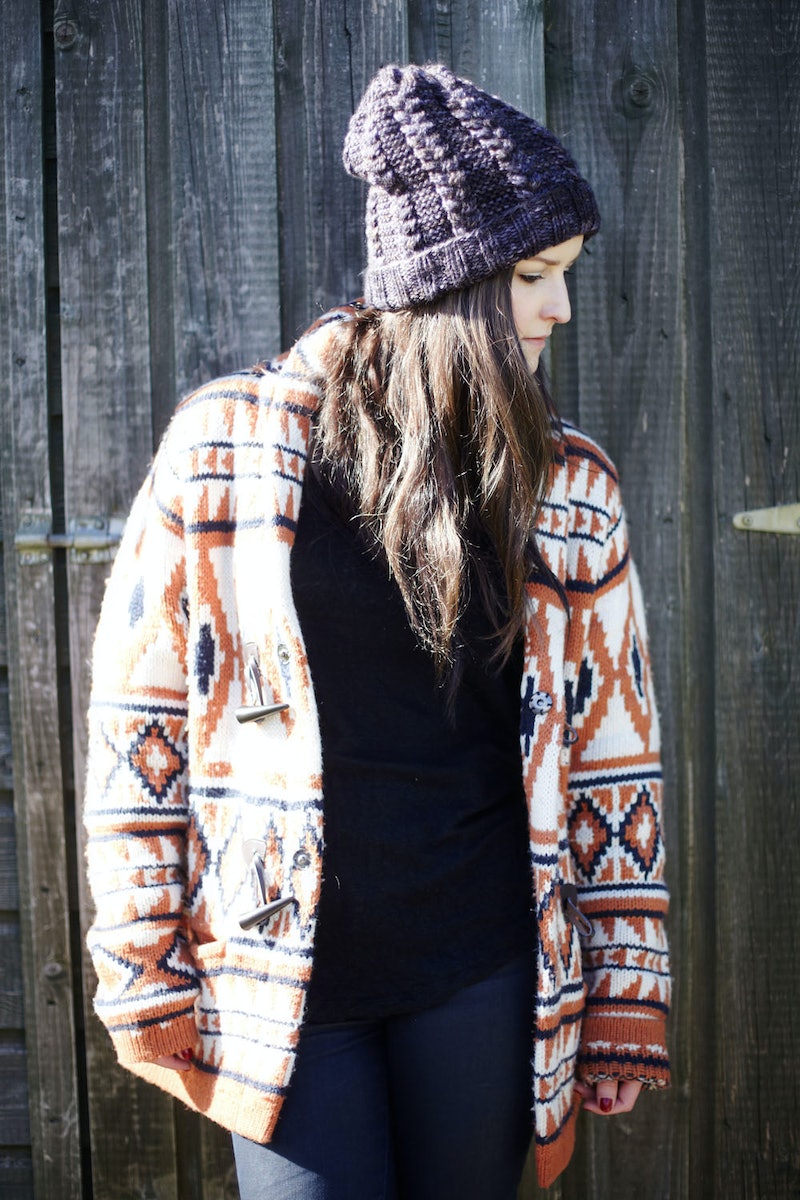 I am secretly 65. Or at least, I'm a 65 year old trapped in a 24 year old’s body. I think I was born old; a feeling that many of my fellow old souls probably understand.

The past fascinates me. I spent a lot of my childhood in the care of an older babysitter who would play Abba and The Mamas and the Papas, and allowed me to watch My Fair Lady over and over. After dinner and bathtime, I would beg my mother to let me plop down in front of the TV before bed. Of course, by that time, the only thing on cable mildly suitable for kids was Nick at Nite. And so I drifted off to sleep to The Dick Van Dyke Show and The Mary Tyler Moore Show.

As a teenager, I took an intense interest in the '70s. I devoured films by old Hollywood icons and drove everywhere blasting classic rock through the speakers of my mom’s minivan. Today, I hunt for vinyl records in my spare time and have seen bands like Fleetwood Mac more times than I can count on one hand. But more than my taste in music and movies, being an old soul has had other implications: I find that I get along remarkably well with people at least twice my age, more so than I do with most 20-somethings.

Old souls are often misunderstood — both by people their own age and by those with years on them. It’s fun to joke about now and then, but really, there are a few things we're tired of hearing. Things like...

1. "You know, he’s old enough to be your grandfather."

Thanks, I am well aware that my crushes on men like Robert Plant and Robert Redford are a little age inappropriate and that my mom may or may not have had crushes on them when she was my age. Handsome is handsome! But, like nearly every other celebrity crush, they’re never going to come to fruition. That is, unless, someone invents a time machine.

This goes for real life too. Personally, I couldn't date someone more than a few years older than myself, but a lot of old souls tend to, especially since we get along better with older people to begin with.

I’m certainly not buying records because they’re cool again. I buy records because I love how different vinyl sounds, especially if it’s an older record with crackles and soft pops. While stopping in an Urban Outfitters to pick up an expensive reissue of a classic rock album is easy, it’s not as fun searching for elusive wants and rarities while building a collection. It's just what I like to spend my time doing.

3. "You couldn’t possibly like that. It was made before you were even born."

I’m sorry, I wasn’t aware that I needed to be carded before I liked something. Few things are as inane as regarding age as a prerequisite for taste. It’s just as bad as my asking my parents how they could possibly like Taylor Swift or the latest Hunger Games movie — aren’t they a little old for that?

Old souls are also often introverts. We are very comfortable being alone with a book or movie to digest on our own. Big parties aren't really our thing, but we will gladly talk about life for hours over dinner with you. We don’t not know how to have fun, it’s just that we enjoy different things.

We like to take care of people, and we're always going to be the mom friend, the one with the band aids and extra napkins who wants to make sure you ate something. Better safe than sorry.

6. "Don't you want to do what people your own age are doing?"

Which is...? There is no set way to spend our youth. We're all on our own path, doing what makes us happy. And sometimes, that's knitting to an old record at home.

Any fan of any classic rock band that’s still actively touring has probably heard this one too many times. Of course bands like Fleetwood Mac and the Rolling Stones and Tom Petty and the Heartbreakers sound different. They’re senior citizens with a hard partying past. We’re not oblivious to this. But, unlike our parents, we didn’t get the chance to see them in concert in the '70s because we weren’t alive, so we’ll settle for watching them continue to rock now.

We’ve probably heard this a million times since we were young. Old souls are more mature — that’s one of the reasons why we get along so well with much older people. We relish deep, intellectual conversations, and that’s not a bad thing.

Um, being an old soul does not mean living under a rock. We have an affinity for the classics, but modern pop culture does not go ignored.

Actually, no, not really. There’s a difference between taking interest in the past and romanticizing it. As much as I would love to experience certain parts of history, I like the 21st century, with my moderately improved rights and ease of technology. There’s still a long way to go in terms of establishing equal rights between race, gender, and sexualities, but we’re a lot better than we were a few decades ago. Plus, information about all-things-old is much more attainable now than ever before. I don’t think I could trade in either of those modern amenities.

A lot of things "meant for old people" are just better. Of course, that’s not a hard-set rule, but I’ve found that most things meant for adults are just smarter. If I can enjoy them in the company of other old people, even better, because old people are awesome. (And to answer your question, I’m 24.)