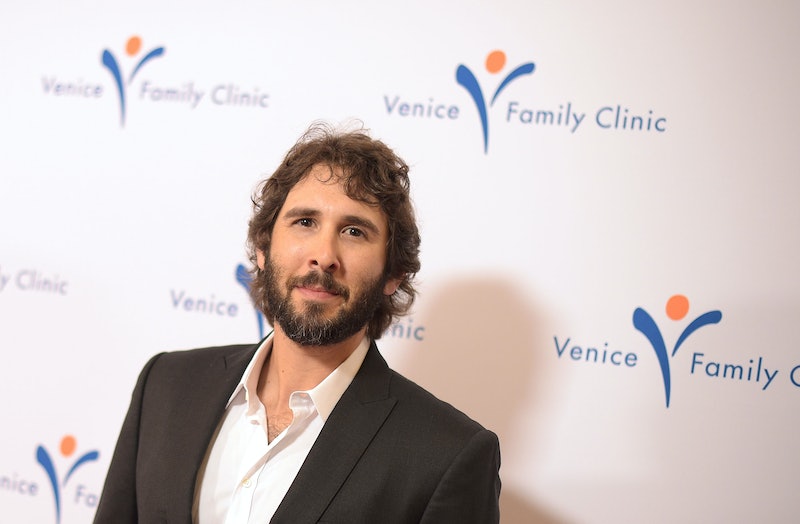 While Groban's astounding voice has not failed him so far, the National Anthem is a notoriously tricky song to sing, as his Kentucky Derby predecessors prove. Hopefully, Groban watched the six performances that came before his to see what works (and doesn't) before he kicks off the Derby with a song that is longer than the two-minute main event of the race. Before Groban's voice starts booming across Churchill Downs, let us take a look back at the performances of the brave muscians who went before him.

Though the Grammy Winner doesn't quite project her voice at the beginning of the song, she definitely hits those high notes later — and, as the first up to bat, I have to cut her some slack. A horse racetrack probably doesn't have much in the way of acoustics.

This is an undoubtedly different take on "The Star-Spangled Banner" — it's usually not a song sung by more than one performer at once.

Sparks gets a thousand bonus points for donning a hat. Not only does she honor Derby tradition, but her voice stays strong and clear throughout the song (even during those super tricky high notes). Hopefully, Groban took notes from Sparks, because she totally nailed it.

Blige's style is on point. Can we take a moment to appreciate her super amazing look? Now on to the performance: Blige takes "The Star-Spangled Banner" to a whole new level. Her voice is rich and booming, and it fills the track and kicks off the festivities in a big way. Blige appears to be the first performer who realized it's not just about how the song is sung, it is also about the tone you set for the race.

Though McBride's take on the National Anthem is a safe one, think of it this way — safe is better than being crazy awful.

Note the serious wind interference in this one — Messina is actually clutching her hat to her head at the beginning.

More like this
Ryan Reynolds Brought Some Famous Friends To Wrexham A.F.C's Last Game Of The Season
By El Hunt
Jake Daniels Just Became The UK’s First Active Football Player To Come Out As Gay Since 1990
By Sam Ramsden
What Is Jeanie Buss' Net Worth? The Lakers President Is Uber Rich
By Hugh McIntyre
Britney Spears Met The Weeknd & Sam Levinson, So She May Actually Be On 'The Idol'
By Jake Viswanath
Get Even More From Bustle — Sign Up For The Newsletter