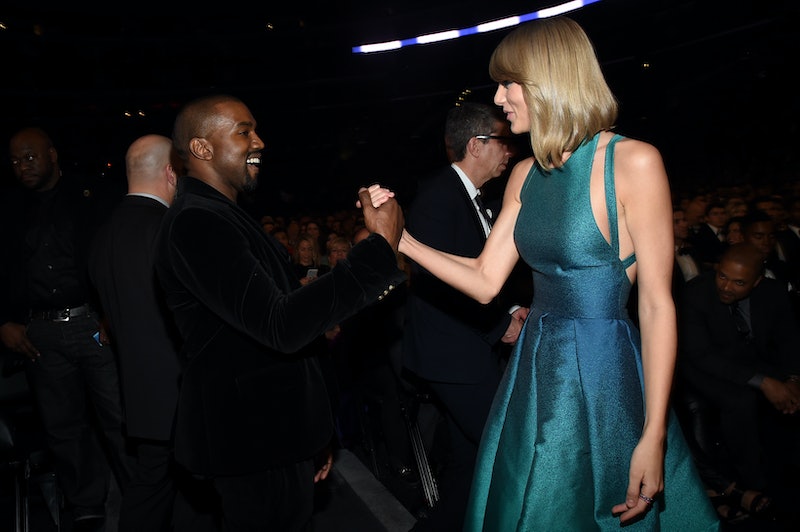 There appear to be no hard feelings between Kanye West and Taylor Swift, even after he famously interupted her speech at the 2009 MTV Video Music Awards. I mean, that was so six years ago. In fact, Swift and West are going to collaborate — at some point. Sure, rumors of this epic coming-together have been swirling ever since the hatchet was buried and the two have been photographed being friendly at many events. But Swift has recently confirmed the rumors of this awesome collaboration to Entertainment Tonight recently — although we may have to wait a bit for a Yeezy and Tay-Tay tune.

"We've never been in a studio together, but he's got a lot of amazing ideas," she said. "He's one of those people that's just like idea, idea, idea. He's very creative and… I think we've talked about it but we've also talked about so many other things. I completely respect his vision as a producer. So, that's all I know now." OK, so they've at least talked about it, but Swift isn't in any rush to get back in the studio yet. Her smash hit album 1989 currently rules the airwaves, she's about to embark on a world tour for the album, and she's got a new (unconfirmed) budding relationship with mega DJ Calvin Harris.

It's so nice to see these two getting along after a rocky start, isn't it?