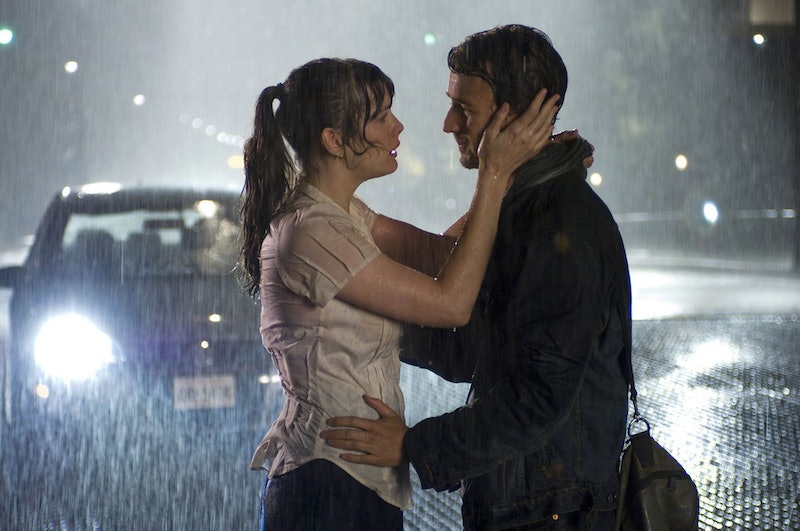 I would believe that perhaps The Incredible Hulk starring Edward Norton has been struck from Marvel record if Mark Ruffalo's Bruce Banner hadn't mentioned breaking Harlem in The Avengers (an event that took place back when he was Ed Norton). Marvel's Avengers: Age of Ultron opened big at the box office over the weekend, and is likely to make even more money in the coming weeks. I mean, it's a Marvel movie and an Avengers movie. What did you expect? However, the film introduces Black Widow as a love interest for the Hulk, which would be totally fine... if not for the fact that the Hulk already has a canon love interest. Was Betty Ross in Avengers: Age of Ultron? The answer is mostly no, with a side of sort of.

For those who need their memories refreshed, Betty Ross, the daughter of General Ross, was Bruce Banner's love interest in The Incredible Hulk (and in the comics). While Bruce was on the run, she had attempted to move on with Leonard Sampson, but, as soon as Bruce re-entered her life, the chemistry between them was too much to be denied. After breaking Harlem, Bruce had to go on the run again, leaving her behind, but there's no doubt that the two would have gotten back together had The Incredible Hulk done well enough to warrant sequels like Captain America, Iron Man, and Thor. So was she in the new Avengers movie? Prepare for Age of Ultron spoilers.

Betty Ross, played by Liv Tyler, does not physically appear in the movie. In fact, Bruce does not mention her at all. The obstacles in the path of any relationship he might have with Natasha Romanoff are entirely the fault of "the other guy" a.k.a. the Hulk rather than the fault of him being in love with the same woman since his pre-Hulk days. Seriously, she never comes up. He does, however, allude to the fact that he is in very high danger of hulking out if he ever tries to have sex — something he learned with Betty Ross in The Incredible Hulk. So I guess she does exist, but he got over her? I don't know, man.

However, Betty does get a symbolic reference in the film. When Scarlet Witch's visions send the Hulk into a tailspin that leads to him destroying a South African country, Tony heads after him in the Iron Man suit to talk him down. When that doesn't work, he calls on something he and Bruce have nicknamed "Veronica." This operation turns out to be the Hulkbuster suit, which Tony subsequently uses to beat the ever-lovin' poop out of the infuriated Hulk. Get it, guys? Betty and Veronica? The Archie Comics reference was just too good to pass up there.