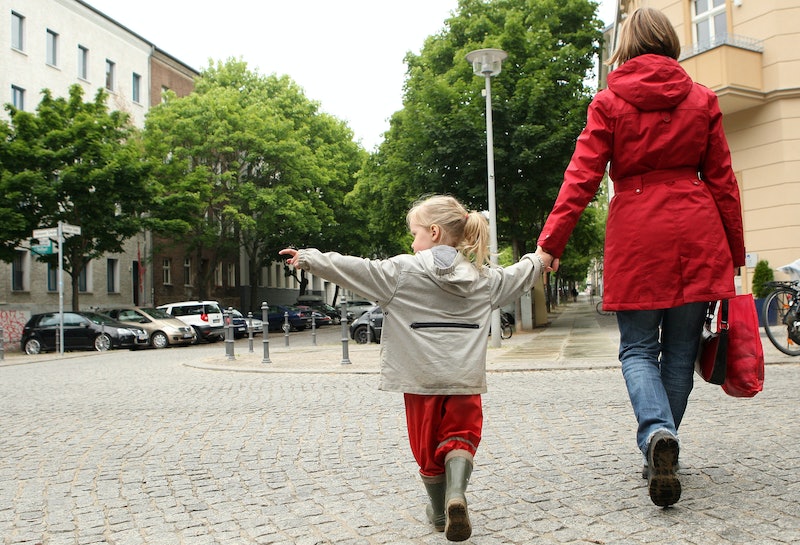 Well, there's a first time for everything, but I guess I never expected a man to attempt to kidnap children for the genuine betterment of mankind. Popular YouTube prankster Joey Salads did a child abduction experiment, and what started as a prank became an extremely important PSA to parents everywhere on the total gullibility of their kids. In the prank Joey approached random mothers sitting on a bench at a playground, watching their children. He asked them if they thought that their kids would run away and find their moms if he, a stranger, approached them, and all of the mothers were confident that they had warned their kids about Stranger Danger enough times that they would. Then he asked for the parents' permission to approach the kids and put their theory to the test. Sure enough, Joey had the kids not only leaving with him, but merrily holding his hand as they went—within a matter of seconds.

It's terrifying to watch, but not entirely surprising. My own mom likes tell of how she used to drilled me on stranger protocol over and over as a 3-year-old. My final test was this: "What should you do if a strange man is offering you candy to get in his car?" Apparently I smiled confidently at her from the backseat of our car and answered, "Say thank you!"

You can see that same naivety in these little kids as they take Joey's hand and trot off into the sunset with him. All he needed was a puppy, one that he decided to call "Donut" throughout the course of the experiment. If you don't believe just how scarily fast it all happened, then see for yourself.

First, he approached their moms one by one to get their permission and find his unwitting test subjects.

Here are the transcripts of how little convincing the kids needed to follow him:

"Hi! Look at the puppy. Do you like puppies? Can you guess what her name is? ... I've got some more puppies, wanna see the other puppies?"

"Hey, you like puppies? Guess what the puppy's name is? Donut. You like puppies, right? You wanna go see the other puppies? I got a bunch of them, wanna go?"

"You like the puppies, right? You like puppies? You wanna go see the other puppies? Yeah? C'mon, let's go."

Joey ends the video sharing that 700 children are abducted every day, or a quarter of a million per year. It seems like something entirely unfathomable, and yeah, we'd all like to think kids have enough common sense to walk away from a stranger, but clearly they don't. Take three minutes of your life to watch this and consider just how fast it could happen to you or anyone you know, and share that so other parents can see the danger for themselves. You might just save a life.