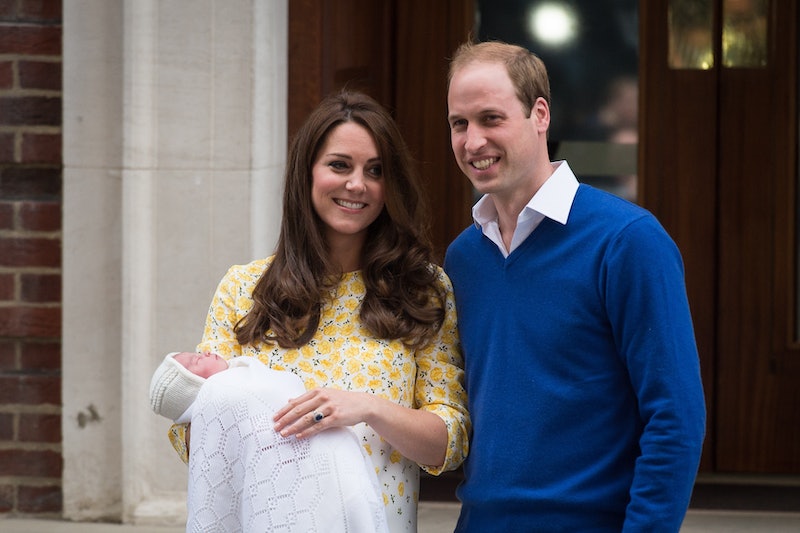 After the longest 48 hours of my life, the wait is finally over. On Monday morning, Kate Middleton and Prince William announced they named their baby Charlotte Elizabeth Diana, and they couldn't have picked a more perfect name. Not only is it a sweet tribute to the late Princess Diana, but the first name "Charlotte" is adorable in itself. After all, Charlotte is the best character on Sex and the City. And since Twitter definitely seems to be approving of the new princess' name, it wouldn't be too surprising if expecting moms this year took Middleton's lead and decided to name their babies Charlotte. That's exactly what happened when Prince George was born in 2013, so this year, the trend might just happen all over again.

And speaking of the rise in babies named George, something pretty interesting happened following his birth: The name George rose 37 percent for girls in 2013, even though it's a traditionally male name. It's pretty cool that Middleton's choice made the name so popular, but with a twist. Not that this is surprising, of course — George is a great name, and it's even more precious as a girl's name. Obviously, the prince himself would agree if he wasn't so worried about peasants sullying his good name.

If history repeats itself, many of the babies born later this year and next year could be named Charlotte, especially since the new baby is the first princess born into the royal family in 25 years — in other words, she's kind of a big deal, so the hoopla around her will probably end up being way bigger than it was around George (sorry, buddy). Being that Charlotte is already the seventh most popular name this year, I'd expect it to rise in the rankings pretty quickly. There's only one downside: In 2020, there will be a lot of little girls starting kindergarten who have to go by nicknames or their last initial, which sucks. I would know, because as one of two Nicoles in my kindergarten class, I spent a year being Nicole P. Do you realize how funny that is to five year olds? Hilarious.

Actually, now that I think about it, Charlotte might be the new Ashley.

However, when Princess Charlotte starts school, I doubt she'll have to go by Charlotte W. Her classmates and her teacher will pretty easily be able to separate her from the other Charlottes in her class, and not just because she's the one whose parents have the coolest jobs.