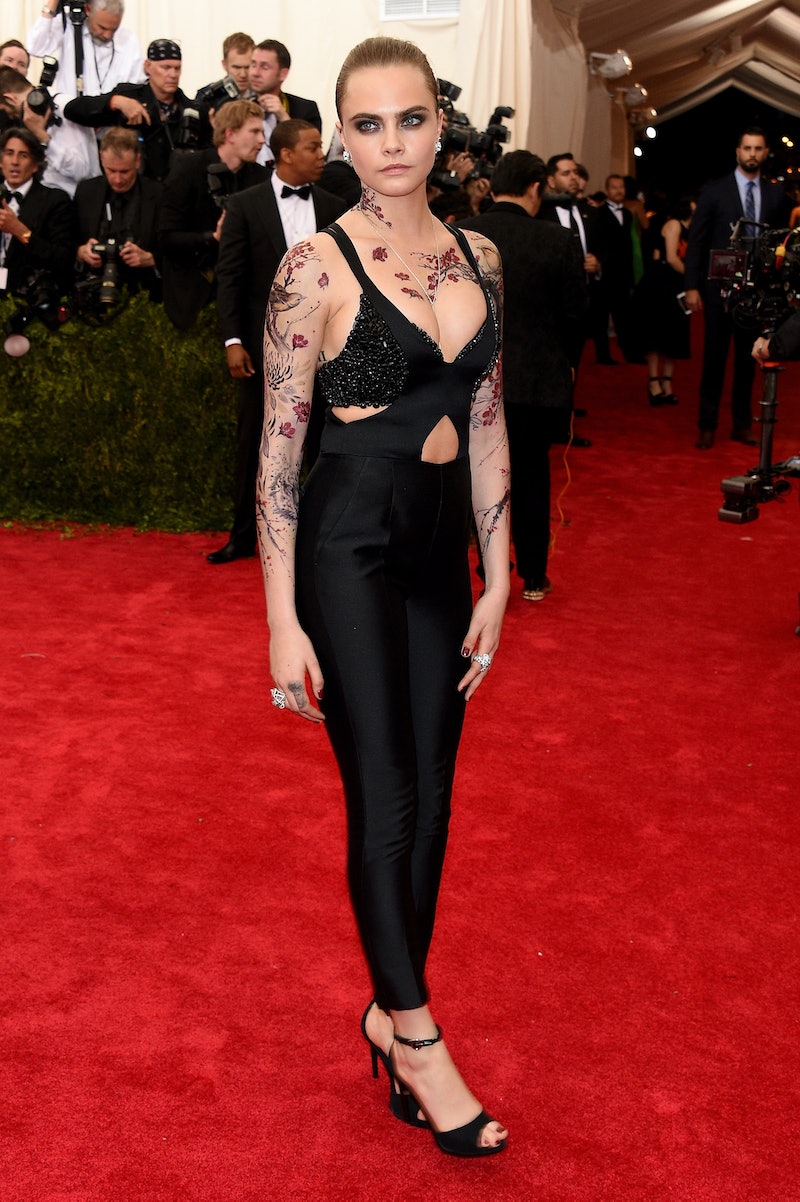 I don't know about you guys, but I'm pretty in love with Cara Delevigne — OK, maybe deeply in love. She's one of those humans who is beautifully unapologetic about everything, from her thick eyebrows to her obsession with bunnies, so I was curious to see how Cara Delevigne at the 2015 Met Gala would echo said grace, confidence, and wow factor.

I will admit that I haven't always been a fan of Cara D. Not because she ever did anything particularly wrong, but rather because she never seemed to do anything particular right either. By that I just mean, anything that causes some serious inspiration. But finding out that Cara Delevigne would star in the film adaptation of John Green's Paper Towns basically sold me. I mean, The Fault in Our Stars pretty much killed me, and solidified John Green's spot as YA Master Writer in my heart. So anyone involved in his work is basically OK in my book. Is that bias? Maybe. #noshame

At tonight's Metropolitan Museum of Art’s Costume Institute Gala, Delevigne is sporting the raddest bodycon jumpsuit and looking ever so fierce. The 22-year-old effortlessly combines the grunge era with something almost punk, and while it doesn't necessarily fit the night's theme of "China: Through The Looking Glass," her body art certainly does. Delevigne is rocking what appears to be temporary Bonsai tree tattoos by Bang Bang, celebrity tattoo artist, and, as always, she's found a way to preserve her unique look and independence, regardless of being at an event that would traditionally call for a ballgown or massive headdress á la Sarah Jessica Parker.

So, yeah. My recent fandom is only growing stronger. And I don't see that changing anytime soon.