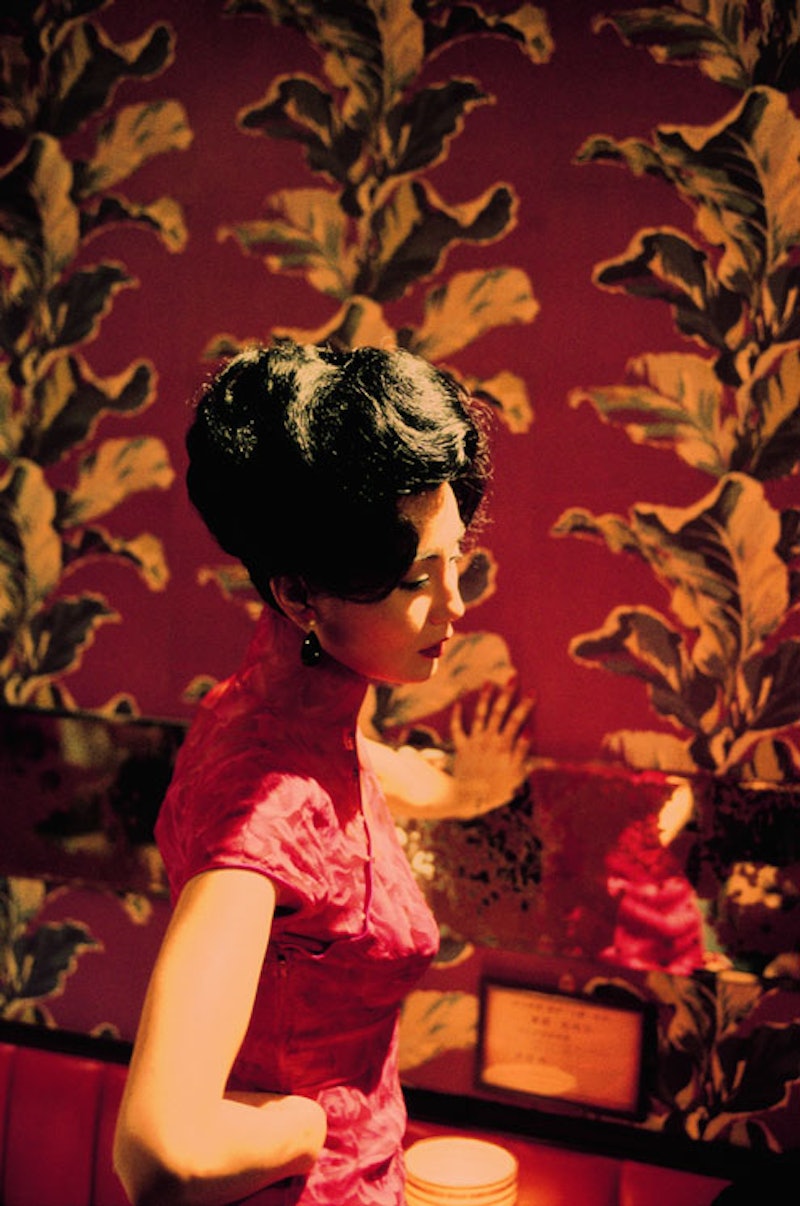 The Metropolitan Museum of Art’s Costume Institute Gala is one of my favorite New York fashion events at one of my favorite New York landmarks. (Pro tip: Don’t ever be fooled into paying $20 for a ticket to the MET. Admission to the museum is donation-based, so you can pay nothing and still be let in.) The Gala itself is a magical occasion where a select group of heavy-hitting fashion designers and A-list guests are asked to coordinate their outfits according to the theme of the exhibit, and regularly go to glamorous, sartorial extremes to meet chairwoman, and Vogue Editor-in-Chief, Anna Wintour’s exacting standards. Unlike the Oscars or the Golden Globes or any other regular red carpet, adventurous dressing is encouraged, which is why the MET Gala is also considered one of fashion's biggest nights of the year.

But this year, despite all the glitz and glamour (and the fact that Jennifer Lawrence will be a co-chair), I’m less than excited. In fact, I’m nothing but nervous for both the red carpet and for the exhibit itself, because this year, the theme is, “China: Through The Looking Glass.” Upon hearing the title and seeing a preview of the exhibit, my stomach dropped and my mind flooded with images of cultural appropriation and concerns about orientalism.

For those who don’t know, or just want a refresher, orientalism literally refers to the study of what was once commonly referred to as the Orient — a broad swath of east and south Asia, the Middle East and parts of north Africa. The term is inherently problematic and belitting, as it lumps together many diverse cultures and ethnicities into one catch-all word. But after Edward Said published his seminal book Orientalism in 1978, "orientalism" took on a much more insidious meaning, specifically referring to the West's patronizing attitude toward these more "exotic," "bizarre," and "mystical" Eastern cultures.

As a half-Korean woman who regularly writes about the role of Asian women in fashion and media, I sometimes feel like I've got a Spidey-sense for orientalism, and I wanted to give the organizers the benefit of the doubt. So when I got over my initial shock at the title, I went straight to the source, specifically the MET's press release announcing the exhibit's theme, with the hope that hearing museum experts' perspectives about the exhibit would calm me down and prove my instincts wrong. The Gala is a huge blockbuster for the museum, bringing in a record $12 million in donations in 2014, so to spotlight Asian fashion and to give a voice to often underexposed Asian designers on this global platform is an exciting opportunity. And since this exhibit is being presented as part of the celebration of the museum's Asian Art Department's centennial, I hoped that the exhibit itself would steer clear of orientalist overtones.

Unfortunately, most of the language in the press release added to my overall concern. Like when Andrew Bolton, curator of the Costume Institute, says that the Chinese influence in fashion imbues a level of "romance, nostalgia, and make­believe." Or when the MET's CEO Thomas P. Campbell frames the exhibit as revealing "provocative new insights into the West’s fascination with China," rather than giving Chinese designers an opportunity to promote their own fashion and culture. Those comments reek of orientalism, through and through, making Chinese culture seem like the other, something foreign to be examined and admired from afar. Featuring Western fashion designs against Chinese fine art will make for a striking tableau, but it also plays into the narrative of co-opting east Asian imagery for the pleasure of the Western audience, and relegates the Asian art to an inferior, background role behind the Western-style dresses.

Compounding my worries about the exhibit itself is the fact that guests to the MET Gala are somewhat notorious for missing the mark when it comes to dressing in theme. For last year's exhibit featuring the architecturally wonderful and classic evening gowns of Charles James, men were asked to wear white tie with decorations, but according to Wintour and MET Gala co-chair Sarah Jessica Parker, only one male celeb got it right. (It was Benedict Cumberbatch. Meanwhile, Jake Gyllenhaal was rocking "Brooklyn white tie," and Tom Brady just wore "classic black tie and obviously didn't look at the invitation.")

A more notable faux pas was 2013's punk-themed exhibit. No one seemed to get it, except for maybe Miley Cyrus. Punk, and the related fashion, is deeply rooted in a do-it-yourself, anti-establishment philosophy, not haute couture. Many celebrities' attempts to look "punk" turned out to look ridiculous, like Sarah Jessica Parker's headdress that was meant to mimic a mohawk. There wasn't a sense that the guests spent the time to understand the history of punk, and just threw on what they thought would be most rock-and-roll. The exhibit wasn't much better in terms of paying respect to the real pioneers of punk. It did open with a full-scale replica of the grotty bathroom of legendary New York City rock club CBGB's, but the outfits on display were mainly those of contemporary designers who co-opted the punk aesthetic because it looked "edgy," or fit the profile for that season.

Clearly accuracy and fidelity to the theme are not the main objectives when dressing for the MET Gala, which, to a certain extent, is totally fair, because sometimes looking good means bending, or just breaking, the rules. (That's what punk is all about, by the way.) But what worries me about this theme in particular is the long history of celebrities appropriating Asian culture in the name of fashion. There are countless examples, from Avril Lavigne's Japanese-inspired "Hello Kitty" music video, to Vanessa Hudgens' bindi obsession and Kendall Jenner's oversized nose ring at Coachella. The most egregious offense in recent memory was Katy Perry’s geisha-themed performance at the American Music Awards in 2013, where she featured falling cherry blossoms and fan dancers for no perceptible reason other than it looked good while she sang "Unconditionally."

All of these factors — the less than stellar track record among celebrities to pull inspiration from Asian cultures without being offensive, the Gala guests' inability to dress to the theme, and the fact that even the experts in Chinese art are using questionable terminology to describe the exhibit — make me sincerely worried that the tone of this year's MET Gala will be overtly orientalist. To be culturally sensitive and to do this theme justice require an ability to take the time to understand the culture, and I'm concerned that no one will do that kind of research.

There is a way to dress in theme that pays homage to Chinese culture without being offensive. I would suggest wearing a ballgown by a fabulous Chinese designer (of which there are many), or putting on something red with gold jewelry, a color combination that, in Chinese culture, symbolizes joy and prosperity. There’s a fine line between celebration of a different culture and cultural appropriation, so as celebs and designers start thinking about what to wear at this year's Gala, here's a friendly reminder that dressing like a geisha in public is rarely a good idea, especially at an event that’s celebrating the influence of Chinese culture on Western fashion.

More like this
Tess Holliday Wants The Metaverse To Be A Safe Space For Plus-Size People
By Dominique Norman
Windrush Victims Are Still Waiting For Compensation
By Sam Ramsden
Bustle Newsletter: June 27, 2022
By Hayley Schueneman
"Sticker Sleeve" Tattoos Are The Trending Way To Rock Macro Ink
By Paris Giles
Get Even More From Bustle — Sign Up For The Newsletter