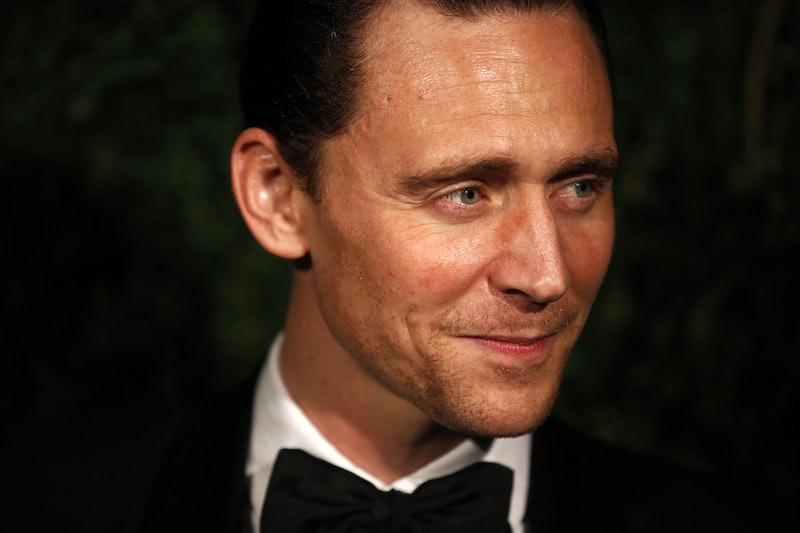 Listen, I give you a lot of advice on here, and you're welcome to ignore most of it, but if you absorb one thing, let it be this: follow Tom Hiddleston on Twitter. Just trust me. Even if you don't have a crush on him now, there will eventually come a day when you catch him in the right light or see him in the right role, and all of a sudden you're like OH I GET IT. And you'll have to go through his entire back-catalogue to satisfy this intense thirst you just developed to see Tom Hiddleston's smile and those eyes and the way he dances and oh my god I need to sit down.

Because here's the thing about our dear sweet Hiddles: he's the full package. He's not only handsome and talented and charming, he's also intelligent and happy and earnest and kind. And nowhere are those traits more evident than on his Twitter feed. It's just such a heartwarming combination of him giving shout outs to charitable organizations, retweeting fans, welcoming friends to Twitter, promoting his projects, and just generally being delighted to be alive. It's enough to leave you calling for the smelling salts, and I'm about to prove it.

Step right this way for the 12 times that Tom Hiddleston's tweets shattered your ovaries right out of your ever-loving body.

When Even His Charity Videos Ooze Charisma

A lot of celebrities give money toward important causes, but Hiddleston really takes the cake as far the number he contributes to and the sheer enthusiasm of his efforts. Just look at him stumbling over this tongue-twister. I'm in love.

When He Supported Emma Watson (And Women Everywhere!) On #HeForShe

You had me at male feminist, but, if anyone ever refers to me as "impeccable and extraordinary," just shoot me dead because my heart will have already melted with joy.

When He Forced You To Imagine Having Kids Together

Honestly, is this a joke?

When He Hit 1 Million Followers

It is impossible that one man can be this charming.

When He Reminded Us Of The Importance Of Love

Why you gotta do this to my internal organs, Tom?

When He Was Just So Happy To Be Alive

He tweets stuff like this constantly; the dude is just so filled with positivity.

When He Stood Up For The Support Staff At His Theater

A celebrity who understands and appreciates the amount of work that goes into supporting him and making things run smoothly is a rare and beautiful thing. Also, famous people standing up for normals gets me every time.

JUST. SO. EARNEST AND EXCITED.

When He Gave A Shoutout To The Queen Of The Universe

...who turns out to be a woman dancing like no one is watching. Love that philosophy.

When He Welcomed Chris Hemsworth To The Fold

In love with this bromance.

When He Refused To Catch A Case Of The Mondays

Wherever you go, I will follow... even if it's to the beginning of the workweek.