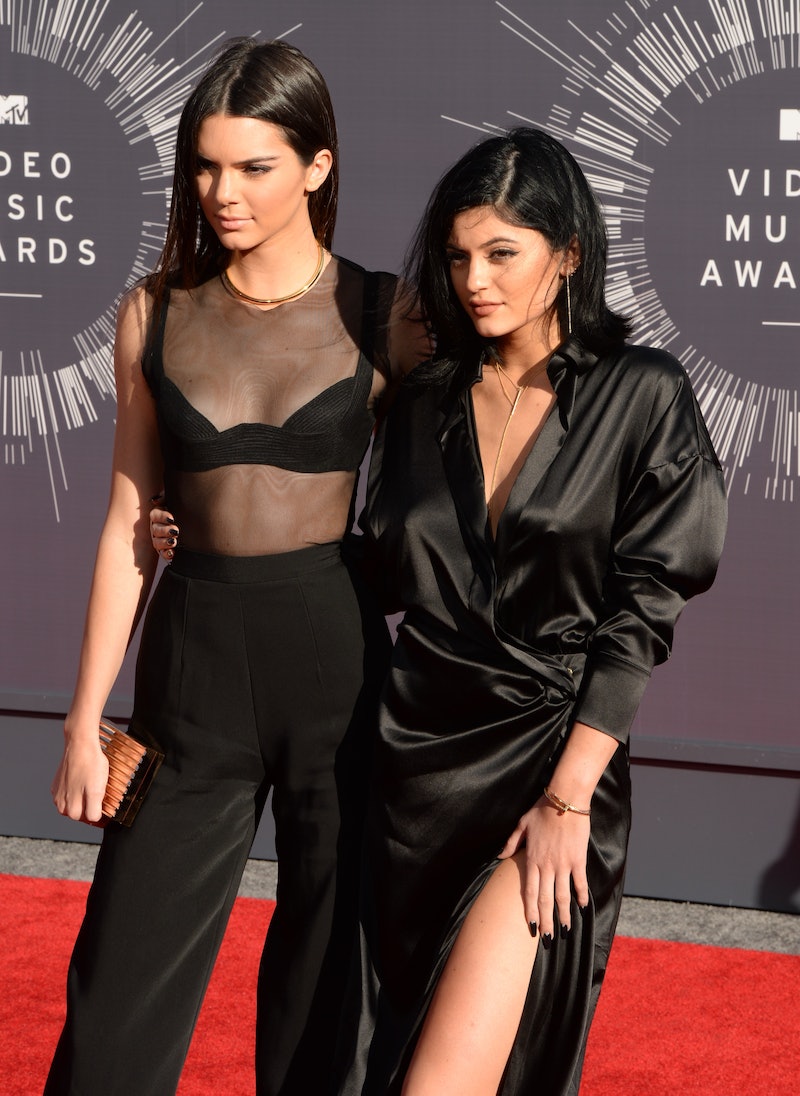 Kendall, Kylie, what are we gonna do with you? I guess if you have your way, we're gonna trademark your brand. TMZ reports that apparently, Kendall and Kylie filed to have their names trademarked. Talk about a commitment to the brand! The story goes that the youngest Jenners have gotten all Legalese in two forms: they filed separate petitions to copyright their names individually and also one to copyright Kendall and Kylie (in this specific order, but not the other way around). Hilarious. But it's possible the alleged request could be approved. The Kardashian/Jenner's impact is at an all-time high right now, so they obviously filed at the right time. But would this move be worth it? Do they need to trademark their first names?

The jargon-y deetails: 17-year old Kylie, allegedly "filed an application last month to trademark her first name to 'entertainment in the nature of providing information by means of a global computer network in the fields of entertainment, fashion and pop culture.'" I'm applying to law school right now which makes me an expert (no it doesn't), but from what I can tell, it means she's trying to trademark her presence of the internet. For some reason TMZ is convinced that this will have a huge impact on Kylie Minogue's life, maybe because, oddly, she's one of the only real famous Kylies.

Could it be? Will their brand be solidified in legal docs? It seems like such work, though: Kendall and Kylie effectively are already their own brands, as well as an extension of the Kardashian-Jenner brand as a whole. It won't be long before the teens have their own spin-off of Keeping Up, which you will watch. Don't lie.

Is it worth it? Are they in danger of getting sued by various other Kendalls and Kylies the world around? Won't they be able to settle, though, because even under the age of 20, they're both rolling in the dough? More importantly, does it matter? It seems like more of a symbolic move than anything. Here we are talking about it, right? There's no question that Kylie and Kendall (not trying to get sued) will be around for the rest of our lifetimes, no doubt. Do they deserve royalties for their name? Debatable. Will they get them? Only time and the legal system will tell.

More like this
Kylie Jenner Gave A Surprise Postpartum Update On TikTok In The Most Meta Way
By Grace Wehniainen
Stormi Just Walked A Red Carpet With Mommy Kylie Jenner & Daddy Travis Scott
By Hugh McIntyre
Cardi B Explains To David Letterman Why She Uses Her Star Power For Politics
By Jake Viswanath
The Very Best Quotes From Dr. Taylor Swift’s NYU Graduation Speech
By Grace Wehniainen
Get Even More From Bustle — Sign Up For The Newsletter