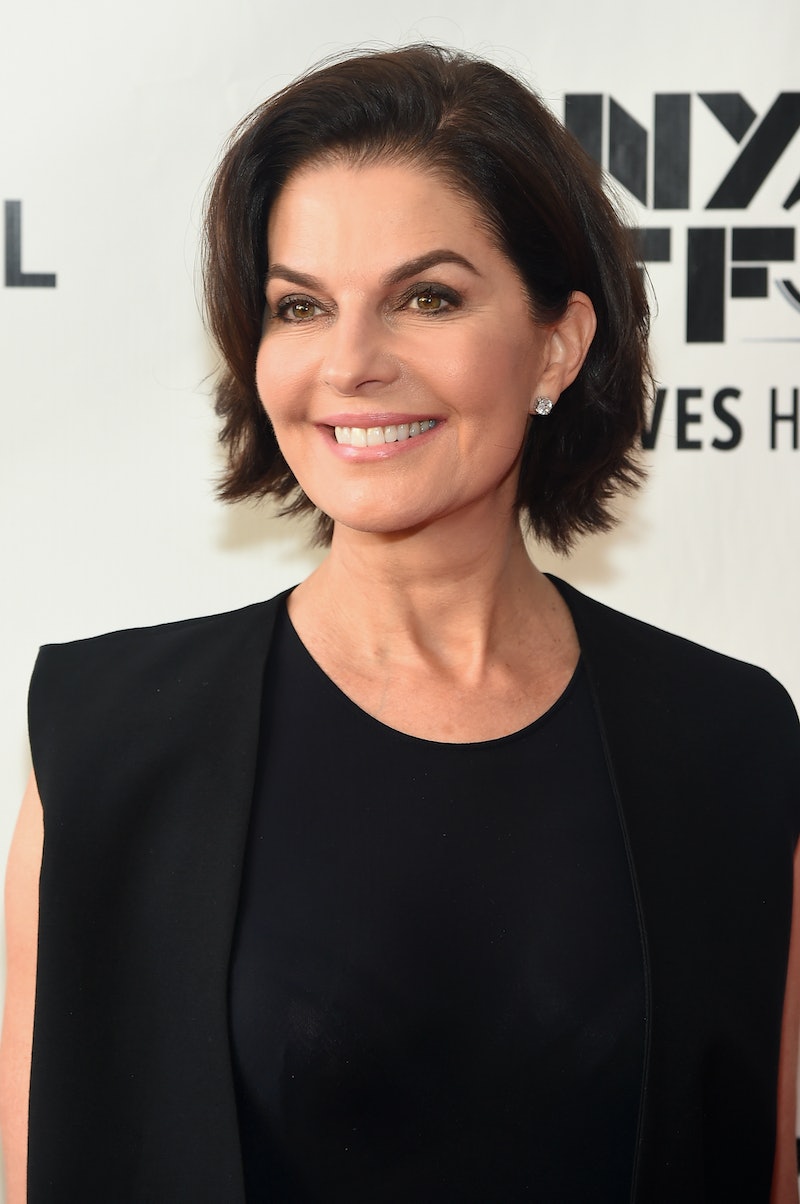 It's the year of women taking on the role of President of the United States — well, at least I hope so. Not only is Hillary Clinton running for president, but actress Sela Ward is playing the president in Independence Day 2 . That's right, we have a female president on our hands and I couldn't be happier. Don't get me wrong, I loved Bill Pullman as president in Independence Day, but seeing a woman cast as the leader of the United States is phenomenal, to say the least.

Plus, Ward joining the sequel that already includes Vivica A. Fox, Jeff Goldblum, and Pullman (who were all in the 1996 original) kind of numbs the tragic news that Will Smith isn't joining the sequel and that Mae Whitman will not be reappearing as Patricia Whitmore, aka the president's daughter.

Ward taking on the role of POTUS makes complete sense. Basically, she is the perfect fit and will do the role justice. Ever since Ward starred in The Fugitive alongside Harrison Ford, among several other TV shows and movies, she's been taking the acting world by storm, so why wouldn't she be great as the fictional leader of America?

With that said, here are six reasons Ward makes perfect sense as the president in Independence Day 2.

She Doesn't Let Age Define Her

In a world and business that is sadly sometimes defined by age, Ward isn't letting that stop her. While chatting with the Los Angeles Times in 2010, Ward said now that her children are older, she believes she is "much more interesting as an actor than [she] ever was." Sadly, she's experienced ageism in Hollywood, especially when it came to making a documentary for Lifetime about "American culture and why we do not honor age and wisdom and life experience in the same way other cultures do." Even though the director "wanted Sela 10 years ago," Ward is still going strong.

In that same 2010 interview with the Los Angeles Times, Ward said she was sick of playing the mom and the stereotypical roles that come with her age. She revealed, "There's nothing in between, and there's just a handful of women working consistently. And I thought I'm really not interested in playing the nondescript mom anymore." She added, "... I'm so not done. I have a lot more to give and to enjoy for myself." Well, now she can do just that with her new role as POTUS.

For anyone who watched FOX's House M.D., you know Ward played Dr. Gregory House's girlfriend, Stacy Warner. If she could handle the antics of House for 10 episodes, then there's no doubt that Ward can take on ruling an entire country.

She Knows What It's Like To Be A Leading Lady

From Once and Again to CSI:NY to The Stepfather, Ward is no stranger to taking on a leading role, which means playing President of the United States will be smooth sailing.

She Knows A Bit About Politics

In 2012, Ward shared a post about politics on Facebook, which she hoped would educate others about all political parties, platforms, candidates, etc. She appears to be well-versed in politics, which will no doubt be a huge help when she plays POTUS.

She Was Destined For Bigger Things

Ward grew up in Mississippi, where she new at a young age that she was destined for bigger things. As she told Parade in 2011, "When I was a child, I felt I was living in a small room and there was this big world out there just waiting for me. I had such a thirst for life. I wanted that big world.” It sure sounds like she's headed in the right direction.

More like this
What Is Barack Obama’s Net Worth? He Makes *Way* More Now As An Ex-President
By Hugh McIntyre
Shocked Fans & Former Co-Stars React To Ray Liotta’s Death At 67
By Grace Wehniainen
'Stranger Things' Star Joe Keery Is Dating An "Indie Scream Queen"
By S. Atkinson and Grace Wehniainen
Laura Dern Said “Cultural Awareness” Made Her Rethink This 'Jurassic Park' Fact
By Grace Wehniainen
Get Even More From Bustle — Sign Up For The Newsletter